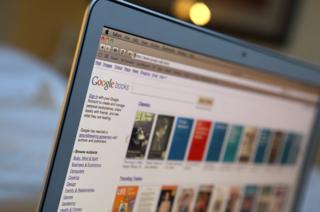 Google can continue to scan millions of books for an online library without violating copyright laws, the US court of appeal ruled on Friday.

The court rejected claims from a group of authors that Google Books violated their intellectual property rights.

Judges sided with an earlier ruling that the digital library was "fair use" and provided a public service.

The Authors Guild and some individual writers filed the lawsuit in 2005, claiming the project infringed on copyright protection and authors' ability to make money from their work.

Google Books is a project to scan and digitise millions of books to allow users to search and read excerpts from them.

Judge Pierre Leval wrote: "Google's division of the page into tiny snippets is designed to show the searcher just enough context surrounding the searched term to help her evaluate whether the book falls within the scope of her interest (without revealing so much as to threaten the author's copyright interests)."

Google said it would have faced billions of dollars in damages claims from authors if it had lost the case.

The company argued that Books could help authors by exposing portions of their work to potential buyers.

"We're pleased the court has confirmed that the project is fair use, acting like a card catalogue for the digital age," a Google spokesperson said.

The Authors Guild plans to appeal to the US Supreme Court.

"We are very disheartened that the court was unable to understand the grave impact that this decision, if left standing, could have on copyright incentives and, ultimately, our literary heritage," Ms Rasenberger said.