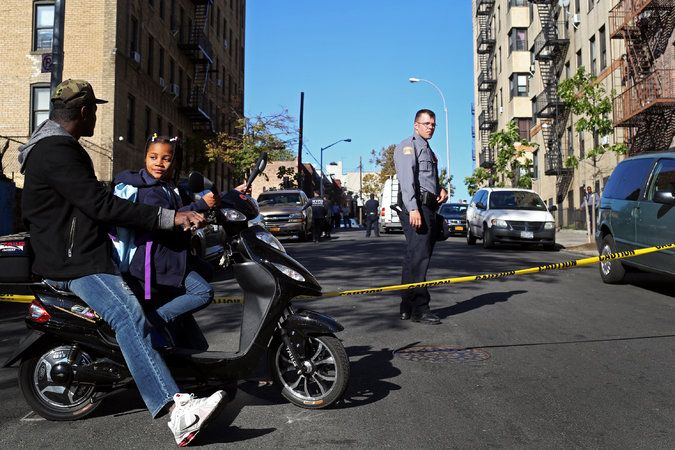 The police blocked off the street in the Bronx where a 6-month-old baby died after she fell from a window.Credit Yana Paskova for The New York Times

The screaming from Apartment 6D began on Wednesday night. By midday on Thursday, one neighbor said, Tenisha N. Fearon was yelling, “I’m going to throw the baby.”

“She was saying, ‘Hallelujah, praise God, we’re all going to die,’ ” said the neighbor, Lizette Rodriguez, 48, who lives three floors below Ms. Fearon in the Bronx. “She was arguing with herself.”By 2 p.m., residents who had heard the screams clambered up a fire escape at 2200 Tiebout Avenue, near East 182nd Street, to a nearby rooftop to urge Ms. Fearon to stop. The view inside her sixth-floor apartment, said Gregorio Lopez, 47, who lived next door to her and had joined his neighbors on the roof, was disturbing: Ms. Fearon, 27, naked and trying to break a window as three of her four children lay in a line on the floor, all of them also naked.Moments earlier, witnesses told the authorities, Ms. Fearon had dangled her youngest child, 6-month-old Junilah Lawrence, from the window, then thrown her. The girl landed on the pavement below and was pronounced dead a short time later at St. Barnabas Hospital.Photo 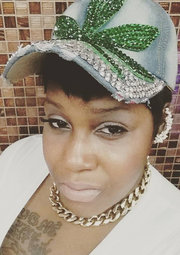 “I heard the thump when I was on the phone with 911,” said Ms. Rodriguez, describing the moment when Junilah landed. “And I gasped, ‘Oh my God.’ ”

From the rooftop, a cry went out: “Everybody screamed, ‘No!’ ” Ms. Rodriguez said. “What did you do?”

The police, responding to a flurry of 911 calls, had to break down the door to Ms. Fearon’s apartment to get in.

Ms. Fearon was taken into police custody and sent to a hospital for a psychiatric evaluation. The police said that her three other children — a boy, 10, and two girls, 8 and 4 — had been safely removed and were placed with New York City’s child welfare agency. No charges had been placed by Thursday night, and the police were still trying to piece together precisely what had happened.

Stephen Davis, the Police Department’s chief spokesman, said Ms. Fearon’s boyfriend, the father of Junilah and the 4-year-old, had been living with the family but was not there during the violence on Thursday.

The death of Junilah, born on April 10, was the third time in recent months that babies in the city had been fatally thrown from a window of their own home. The death left relatives and neighbors of Ms. Fearon and the authorities wondering what had happened.

Mr. Davis said officers had visited Ms. Fearon’s home two other times, in 2001 and 2002, for cases in which she had been a victim of domestic disputes.

He said the motive for the episode on Thursday was still being investigated.

“It looks like that she, initially, she might have done this,” he said. “But why? I don’t know.”

Her sister Alicia Fearon, 33, said by phone on Thursday afternoon as she arrived at the beige brick building in Fordham Heights where Ms. Fearon lived: “Tenisha loved her children dearly, and she cared for her children 100 percent. This is a shocker for us.”

She said that she and other relatives were not aware of any mental or emotional illnesses that Ms. Fearon might have had. Asked why something like this could happen, she said: “I don’t know. I really don’t know.” 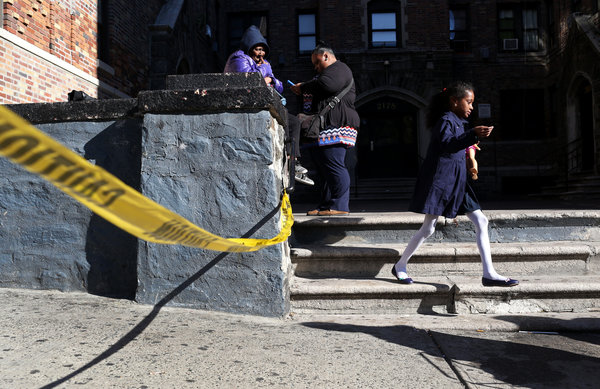 Near 2200 Tiebout Avenue in the Bronx, where a 6-month-old baby was thrown from a sixth-floor window on Thursday afternoon.Credit Yana Paskova for The New York Times

Carol Watson, who lives in the building and said she had known Ms. Fearon for years, said that what happened did not make any sense.

“The children were always clean and well looked after,” she added. “But you never know what is going on in someone’s head. People are under all kinds of stress these days.”

Another neighbor, Grace Zarate, who lives on the same floor as Ms. Fearon and has been in the building since 1980, said she could not recall visits by the police or other city officials to Ms. Fearon’s apartment.

“I shared my daughter’s clothes with her,” Ms. Zarate said. “And made sure her children had toys at Christmas.”

Citing privacy rules, a spokesman for the child welfare agency, the Administration for Children’s Services, declined to say whether Ms. Fearon had any dealings with it.

“We are currently investigating the circumstances that led to this tragic incident and are actively working to ensure the well-being of the three remaining children in this household,” the agency’s spokesman, Christopher McKniff, said.

In the two other recent episodes in which a baby was thrown from a window in the city, the mothers faced criminal charges.

Last month, Jennifer Berry, 33, was accused of throwing her newborn girl from the seventh-floor window of an apartment building on East 183rd Street in the Bronx. In August, the mother of a 3-week-old boy who died after plummeting from a fourth-floor window in Queens was charged with intentionally killing her child.