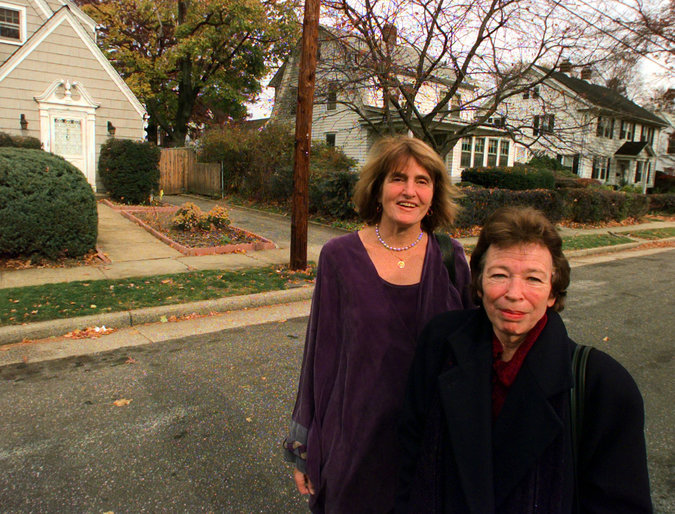 Rosalyn Baxandall, a feminist historian who was among the first to bring scholarly attention to the historical role of women in the workplace and to expand the meaning of “women’s work,” died on Tuesday night at her home in Manhattan. She was 76.

The cause was kidney cancer, her son, Phineas Baxandall, said.

Ms. Baxandall served on the front lines of the feminist movement in New York in the late 1960s.

She helped create Liberation Nursery, the first feminist day care center in New York. As an early member of New York Radical Women and Redstockings, she picketed the 1968 Miss America pageant in Atlantic City, one of the most visible of the feminist protests of the ’60s, forever associated with a symbolic burning of restrictive women’s clothes that mainstream publications referred to as a “bra burning.”

She played a prominent role in the abortion “speakout” in the West Village in 1969, a forum at which women described in public their experiences in obtaining illegal abortions.

While teaching American studies at the State University of New York at Old Westbury, she, Linda Gordon and Susan Reverby assembled primary documents, including letters and diaries, that offered a sweeping history of women and labor. Their book, “America’s Working Women: A Documentary History, 1600 to the Present” (1976), was acquired for Random House by Toni Morrison, then a young editor there.

It remains a foundational text for students of American labor history and gender studies.

“That book was and continues to be the text that defines the contour of women’s labor history,” said Eileen Boris, a professor of feminist studies at the University of California, Santa Barbara. “It recovered the voices and the actions of many kinds of women and many kinds of occupations from the early colonial period to the late 20th century.”

Rosalyn Fraad, known as Ros, was born on June 12, 1939, in Manhattan into a radical household. Her father, Lewis M. Fraad, was a Communist who worked for the Communist International, or Comintern, in Vienna in the 1930s and later became the chief of pediatrics at Albert Einstein College of Medicine in the Bronx. Her mother, the former Irma London, was a Communist lawyer and the niece of Meyer London, who was elected to Congress on the Socialist Party ticket in 1914.

“We threw Tampax at the F.B.I. agents who parked outside of our home for two days after my father refused to speak with them,” Ms. Baxandall and her sister Harriet wrote in an essay for “Red Diapers: Growing Up in the Communist Left” (1998), edited by Judy Kaplan and Linn Shapiro. “We giggled dirty words into the phone when told that it was tapped.”

Her mother’s deep unhappiness at suspending her career to raise children made a profound impression on her.

Ms. Baxandall attended Riverdale Country School in the Bronx and Hunter High School in Manhattan. As a teenager, she picketed the nuclear submarine base in Groton, Conn., with the Committee for Nonviolent Action, took part in peace campaigns by the American Friends Service Committee and agitated for civil rights and abortion rights.

She enrolled at Smith College but after a year, she transferred to the University of Wisconsin, where she earned a bachelor’s degree in French in 1961. She met and married a fellow student, Lee Baxandall, a leftist literary critic, whose enthusiasm for Marxism and European theater took them on an extended tour of East Germany, Hungary and Poland.

The marriage ended in divorce. Besides her son, she is survived by her sisters, Harriet Fraad Wolff and Julie Fraad, and two grandchildren.

After returning to the United States, Ms. Baxandall earned a master’s degree from the School of Social Work at Columbia University in 1963. She began working for the Mobilization for Youth, a social service organization on the Lower East Side, and then plunged into radical politics and the women’s movement, the subject of her book “Dear Sisters: Dispatches From the Women’s Liberation Movement” (2000), edited with Ms. Gordon.

Recalling those days in an interview with the feminist activist Jacqueline Ceballos in 1991, Ms. Baxandall said, “The one thing that I do have against the books that are written is they talk about all the politics and the splits, et cetera, but they don’t talk about the joy and fun we had.” She added, “We knew were changing history, and it was terrific.”

In 1971 she began teaching in the American studies department at the State University of New York at Old Westbury. She later served as head of the department for many years.

“By 1973, the guts had been taken out of the women’s liberation movement, and it was no longer innovative or exciting for me,” she wrote in the essay “Catching the Fire,” included in “The Feminist Memoir Project: Voices From Women’s Liberation” (1998), edited by Rachel Blau DuPlessis and Ann Snitow.

After retiring from SUNY in 2012, she taught in the labor studies program of the City University of New York and, through the Bard Prison Initiative, at the Bayview Correctional Facility, then a medium-security women’s prison in Manhattan.

She was the author of “Technology, the Labor Process and the Working Class: A Collection of Essays” (1976), “Words on Fire: The Life and Writing of Elizabeth Gurley Flynn” (1987) and, with Elizabeth Ewen, “Picture Windows: How the Suburbs Happened” (2000).

A new edition of “America’s Working Women,” extensively revised and updated, was published in 1995.