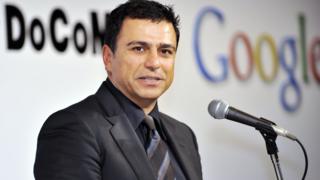 Twitter has poached a senior Google executive as its executive chairman.

He returned last year as chief business officer to advise on Google's rebranding to Alphabet.

"It's rare you get to be at a company with an amazing business that's also transforming the world," he tweeted. "I've had good fortune to be at three: Netscape, @google, and now @twitter."

Jack Dorsey, Twitter chief executive, said Mr Kordestani was a "proven and experienced leader" who would coach him and other senior executives as well as help attract top talent to the company.

"A great chairperson is the first step towards continuing to make our board one of the best in the world, and purpose-built to serve Twitter," Mr Dorsey tweeted.

The company had said it would seek an external appointment as chairman in a bid to allay concerns about Mr Dorsey's dual role as Twitter boss and chief executive of Square, the mobile payments company he founded.

Mr Dorsey replaced Dick Costolo, who stepped down on 1 July after five years in the role amid pressure to increase growth.

It is his second stint as Twitter boss, having held the position between May 2007 and October 2008.

However, the shares are still down almost 30% from the level at which it floated in late 2013.

Tehran-born Mr Kordestani's appointment comes a day after Twitter said it was cutting 336 jobs, or about 8% of its global workforce, as part of a restructuring to cut costs.