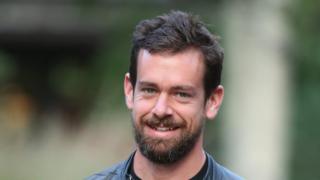 Twitter co-founder and new chief executive Jack Dorsey has filed for an initial public offering in the US for his mobile payments firm Square.

The number of shares to be offered and the price range for the offering has not yet been determined, Square said in a release.

The start-up says it aims to "enable anyone with a mobile device to accept card payments, anywhere, anytime."

In the firm's filing to the Securities and Exchange Commission (SEC) Mr Dorsey said: "We've built one of the fairest and most efficient payments businesses in the world."

"We made it possible to accept card payments in less than five minutes," he added.

He ended his note with: "We intend to make this big!"

Square said in its SEC filing that its total net revenue grew to $560.6m for the six months to June, from $371.9m in the same period last year.

The company, which has been described as a financial payments shop, said it would depend on key management and its employees to grow its business, but warned Mr Dorsey's role as chief executive of Twitter "may at times adversely affect his ability to devote time, attention, and effort to Square."

Earlier this month, Twitter confirmed Mr Dorsey as the firm's permanent chief executive. He had served as the interim boss of the company for three months after Dick Costolo stepped down on 1 July.

Twitter had previously said the chief executive job would be a full-time position, which seemed to exclude Mr Dorsey as long as he continued to run Square.

Mr Dorsey also serves on the board of The Walt Disney Company.

San Francisco-based Square has offices in the US, Canada, Japan and Australia.