BEIJING/TAIPEI Chinese state-backed technology conglomerate Tsinghua Unigroup has hired Charles Kau, the chief of Micron Technology Inc's Taiwanese joint venture, as its global executive vice president, a person familiar with the matter said.The move is likely to help bolster the development of China's fledgling chip industry and give the Chinese tech conglomerate a foothold in its deal talks with Micron, some analysts said. Kau is the chairman of Inotera Memories Inc, a joint venture between the U.S. company and Taiwan's Nanya Technology Corp. He resigned last week as president of Nanya Technology, although he continued as a board member of the company and as chairman of Inotera. Both Nanya Tech and Inotera make dynamic random access memory (DRAM) chips.Kau's hiring comes about three months after Tsinghua made an informal $23 billion takeover offer for Micron that was rejected out-of-hand by the Idaho-based company's leadership, although the Chinese side has not given up on a deal, sources have said.His presence in Tsinghua Unigroup could "conceivably facilitate greater collaboration" with Micron, according to Taiwan-based research firm TrendForce. Kau, who played a role in the discussions between Tsinghua and Micron, will split his time between Beijing and Taiwan, the source told Reuters, adding that his precise role in Tsinghua was yet to be finalised. Micron was not immediately available for comment.It remains unclear whether Kau, a veteran of Taiwan's semiconductor industry, will need to give up his position at Inotera.According to Inotera's website, all of the company's production is supplied to Micron Technology. Inotera's chairman is recommended by Nanya Tech and agreed to by Micron.Nanya Technology appointed one of its veteran executives, Pei-Ing Lee, as Kau's successor. Lee said on Monday during an earnings conference that the company asked Kau to reconsider his resignation. Kau said he wanted to do something different before retiring, particularly "in the financial and M&A space", but he did not detail what his next step was going to be, Lee told reporters and analysts on Monday. "He was very insistent and we were unable to keep him," Lee said. (Additional reporting by Yimou Lee; Editing by Muralikumar Anantharaman) 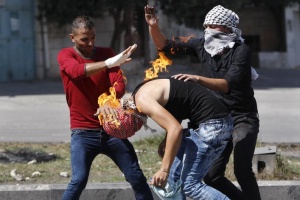