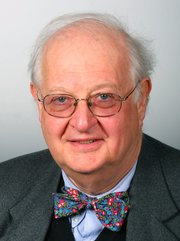 Prof. Angus Deaton, a British economist, was awarded the Nobel Memorial Prize in Economic Science on Monday for improving the accuracy of basic economic gauges, including measures of income, poverty and consumption.

Professor Deaton, 69, of Princeton, is best known for his insight that economic averages such as measures of national income could be misleading, because they concealed important variations among individuals.

“To design economic policy that promotes welfare and reduces poverty, we must first understand individual consumption choices,” the committee that awarded the prize said in a statement. “More than anyone else, Angus Deaton has enhanced this understanding. By linking detailed individual choices and aggregate outcomes, his research has helped transform the fields of microeconomics, macroeconomics and development economics.”

Professor Deaton was born in Scotland, and he is a British and American citizen. Speaking by phone at the news conference held to announce the prize on Monday, Professor Deaton said the message of his work was mostly optimistic.

Angus Deaton Gets Nobel in Economics

Professor Deaton, 69, of Princeton, is best known for his study of the choices of individual consumers.

“My general message is, My measurements tend to show that things are getting better, but there is a lot of work still to be done,” he said.

Professor Deaton said he was “pretty sleepy” when he got the call telling him that he had won.

“I was surprised and delighted,” he said. “It was wonderful to hear the voices of my friends on the committee.”

Professor Deaton’s name has long appeared on lists of likely candidates for the economics prize. He was an early contributor to one of the defining trends in modern economics: the emphasis on building models of broad economic trends from the ground up, using data about individual behavior rather than relying on averages.

“He is the one who has brought very careful statistical analysis of household choices into development economics,” said Dani Rodrik, a professor of international political economy at Harvard. “Suppose you wanted to understand the effect of a subsidy on rice on the well-being of farmers. He has produced an approach that you can actually use with household data to trace through the effect of something like this on the well-being of different farmers.”

“There’s a fair amount of policy agnosticism that comes from this — it emphasizes more the heterogeneity of outcomes,” he said. “He’s somebody with quite a sharp tongue, and he’s often had as his target people who make very strong statements about this policy or that policy.”

The prize was announced in Stockholm by Goran K. Hansson, permanent secretary of the Royal Swedish Academy of Sciences.

The committee in recent years has honored a number of academics for work showing either that markets are inefficient or how to deal with that reality. Last year, the committee picked Jean Tirole, a French economist, for his work on the effective regulation of imperfect markets. In 2013, it honored Eugene F. Fama, Lars Peter Hansen and Robert J. Shiller for their research on the movements of financial markets.

The economics prize is the newest of the Nobels, established in 1968, in Alfred Nobel’s memory, to celebrate the 300th anniversary of the Sweden’s central bank, the world’s first. Professor Deaton joins 75 laureates — including Milton Friedman, Friedrich von Hayek and Amartya Sen — who have been honored since the prize was first awarded, in 1969. The prize is 8 million Swedish kronor (about $976,000).

More than 80 percent of the economics laureates have been American citizens. Only one woman has won: the political scientist Elinor Ostrom, in 2009.