With its red sand dunes and white salt pans, Namibia's southern Namib Desert looks so Martian that it wouldn't come as a shock if the Curiosity Rover rumbled over a dune and frightened a herd of oryx.

They're among the few animals that survive in a place whose name means "marsh of no return."

But then not many people come here for the wildlife.

This is a place where people come for the stars.

It's so far from any human center that the light pollution is non-existent, meaning the night skies are among the darkest on Earth.

The International Dark-Sky Association, the go-to authority on light pollution, has certified the region as one of its Dark Sky Reserves because of the spectacular starry night.

What's most amazing about a sky so dark is how bright it actually is.

The Milky Way stretches overhead, with the Magellanic Clouds in bursts of light to the side.

Familiar constellations of the southern skies suddenly have millions of neighbors.

These groupings are normally invisible even from small towns.

This is how humans saw the sky for thousands of years.

If you're not okay with small planes, you're better off driving from Windhoek.

There are only two ways of getting to the Sossusvlei clay and salt pans: either a six-hour drive from Windhoek, mostly along an unpaved road, or with a flight on a six-seater plane that lands on a gravel airstrip.

There's a wide selection of lodges around Sossusvlei, but for astronomy buffs, the andBeyond Sossusvlei Desert Lodge treats the stars as a main attraction.

On a hill above the dining area, an observatory hosts a 12-inch telescope, with a resident astronomer to navigate the sky.

"With the telescope, we start by showing the bright planets and the moon when they are visible, and our close neighbor star, the double star Alpha Centauri," said andBeyond CEO Joss Kent.

"Then we look at some of the bright, very well-known objects in the far southern sky."

With the telescope, familiar objects become less so.

Within the Southern Cross is the Jewel Box, which looks like a star to the naked eye but is actually a cluster of stars with an orange supergiant surrounded by cooler blue neighbors.

In the Large Magellanic Cloud, the Tarantula Nebula was also once thought to be a star.

It's actually a spidery cloud of dust and gas, and one of the biggest star factories in our galactic neighborhood.

Inside are some of the biggest and brightest stars ever discovered.

Closer to home, the 12-inch Meade LX200 telescope shows the rings of Saturn and the moons of Jupiter.

With an astronomer to guide the stargazing, it's easy to spend hours looking at the sky, peering at even faint objects like planetary nebulae and galaxies up to 60 million light years away.

The telescope is computerized with tracking software, so it can hone in on distant objects with remarkable ease.

Sleeping beneath the stars

The lodge has a resident astronomer to help you sort your Ursa Majors from your Ursa Minors.

To get certified as an International Dark Sky Reserve, the lodge had to remove many outside lights.

Paths to the guest rooms are lit with red energy-saver bulbs that help with night vision.

And once in bed, a skylight opens overhead so guests fall asleep under the stars.

During the day, Namibia's iconic sand dunes are an hour's drive away.

NamibRand is a private reserve, and the dunes are inside the adjacent Namib-Naukluft National Park.

In the morning the crowds wait at the gate, but they're only crowds in the Namibian sense.

This is one of the world's least populated countries (only Mongolia has fewer people per square mile) so traffic out here is maybe a dozen other vehicles.

Still, that makes for a small parade of people hiking up the dunes -- although the word "dunes" doesn't quite do them justice.

These aren't rolling mounds on the beach suitable for buggies.

These are small mountains of red sand, up to 400 meters high, with a sharp ridge formed by the wind that makes for the easiest ascent.

Farther along is Deadvlei (vlei is a marsh in Afrikaans), a suitably creepy expanse of salt pans studded with dead trees.

Not petrified trees, but 600-year-old dead trees scorched black by the sun.

The desert is so dry, they simply haven't decomposed.

Few animals brave these conditions, but there are new things still being discovered.

Miles Paul, one of the astronomers, discovered a new species of gecko in 2011 while on a hike.

The area around the lodge is still the only place it's ever been found.

Griffin Shea is a writer and traveler based in South Africa. His latest project is a travel app for African cities for iPhone and Android. 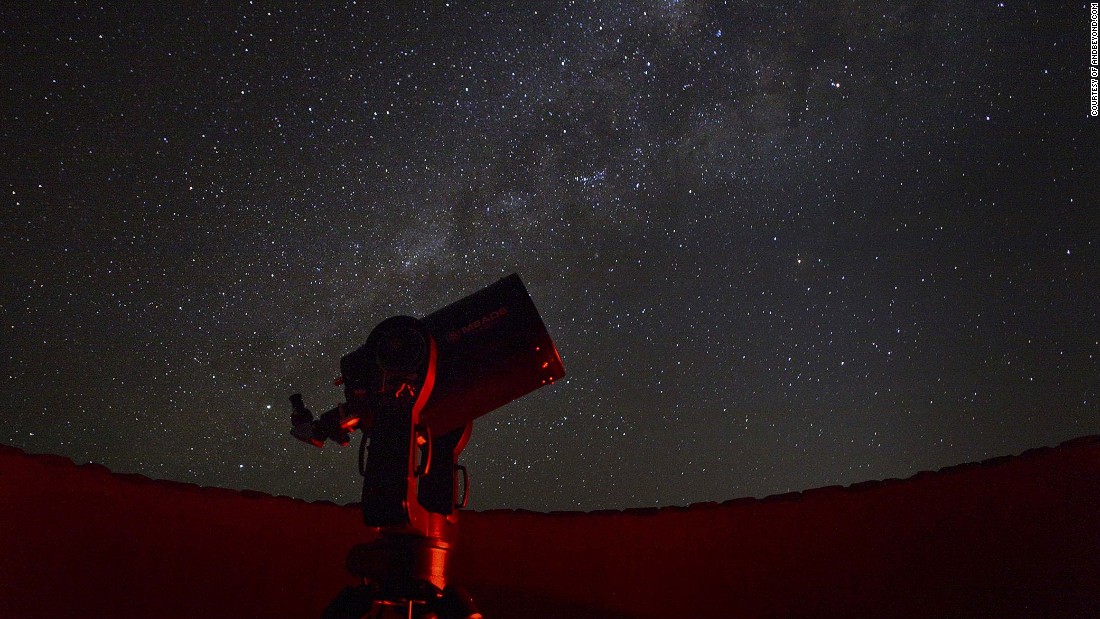 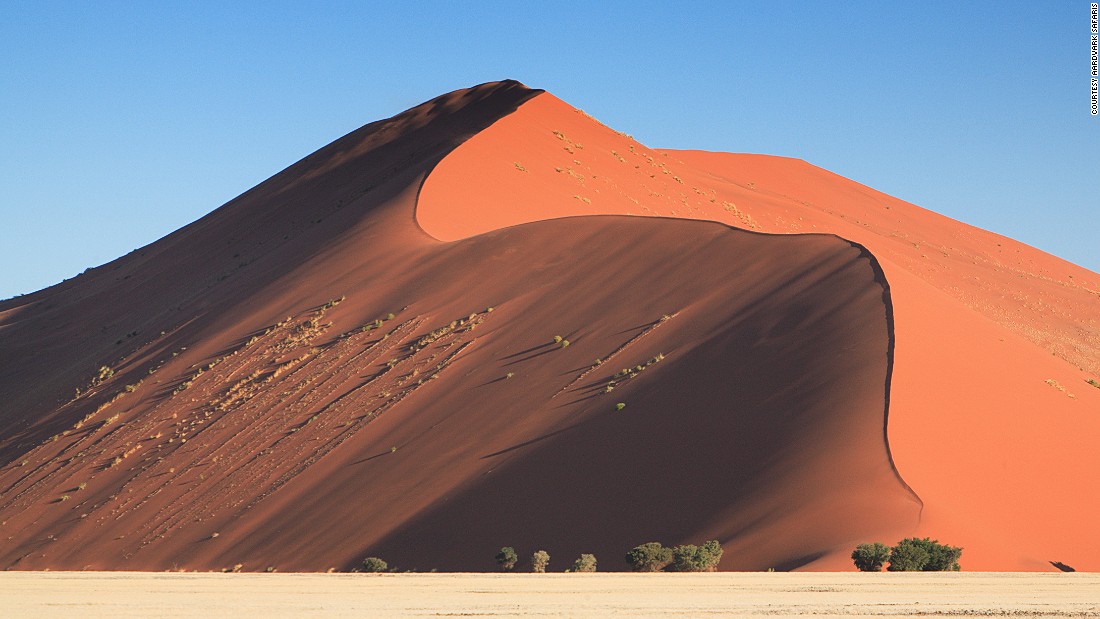 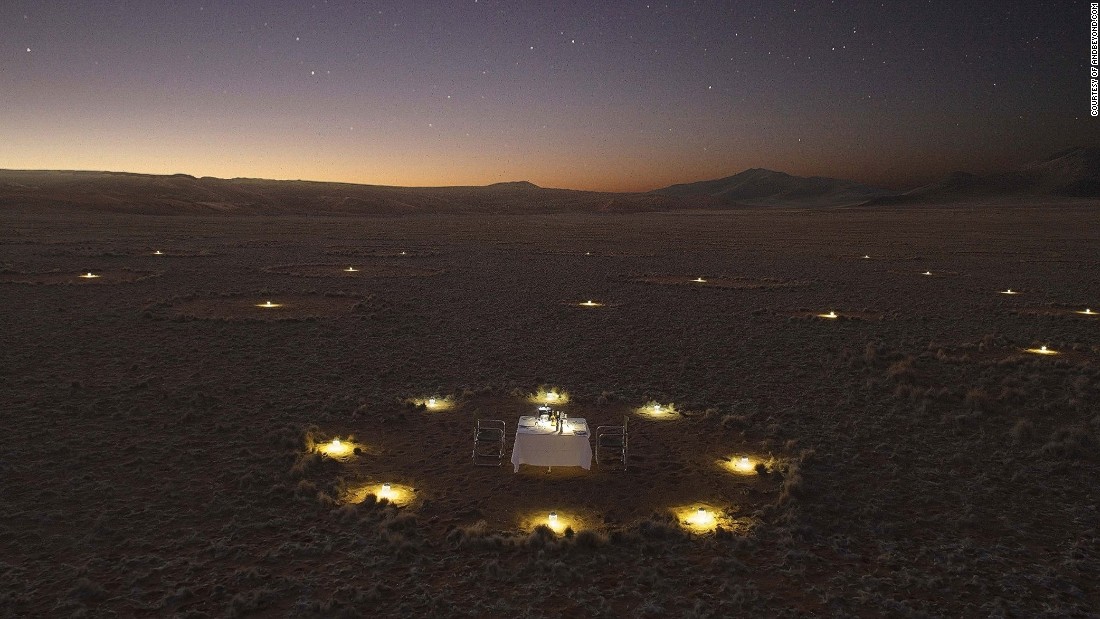 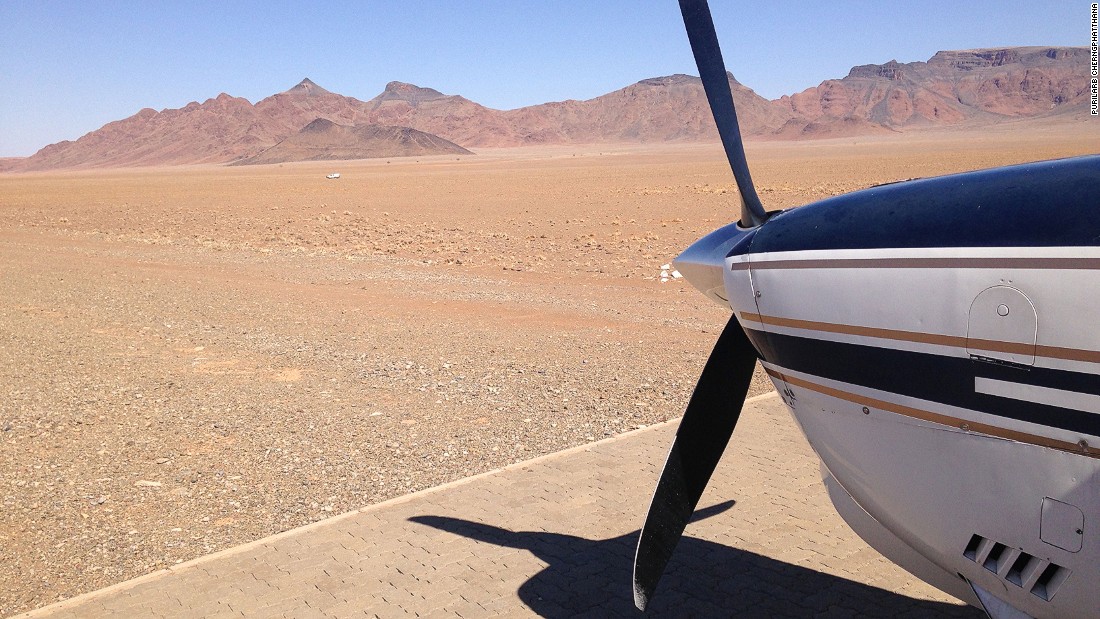 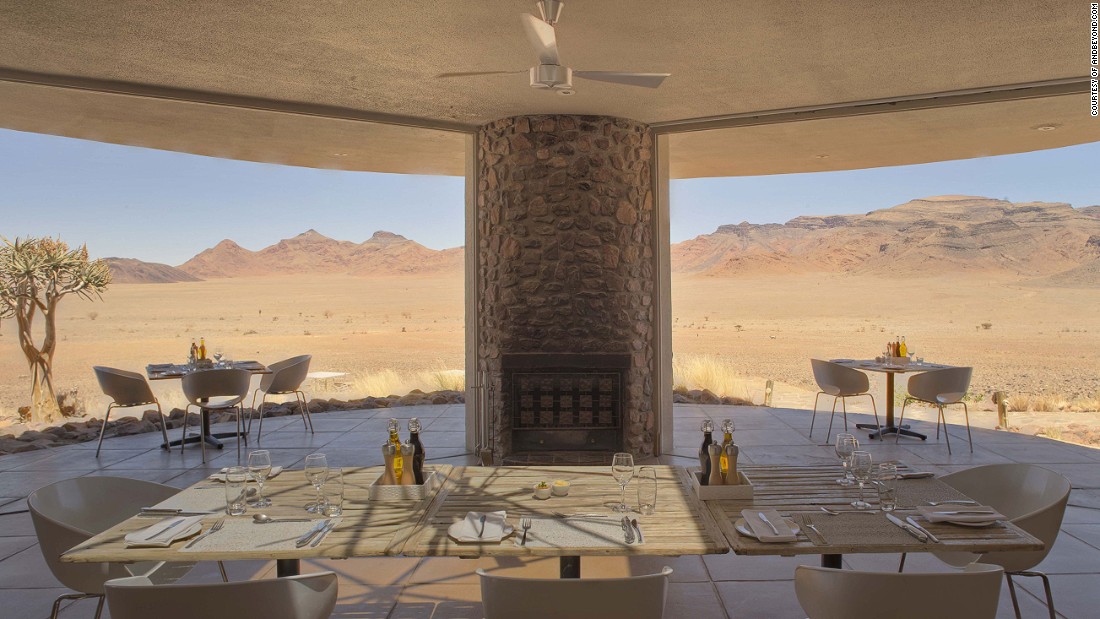 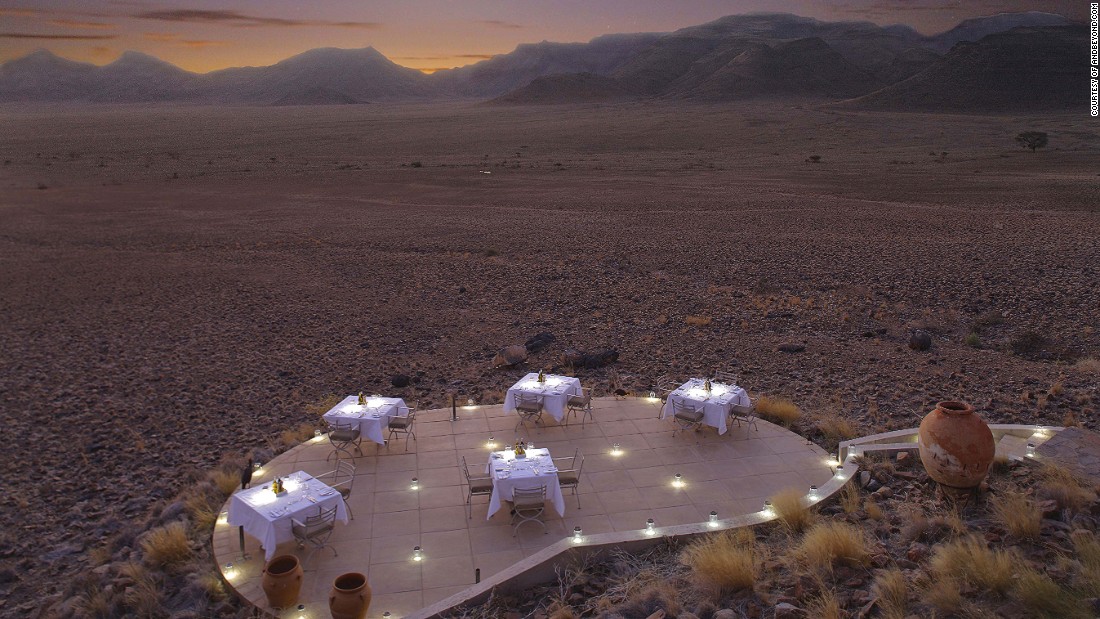 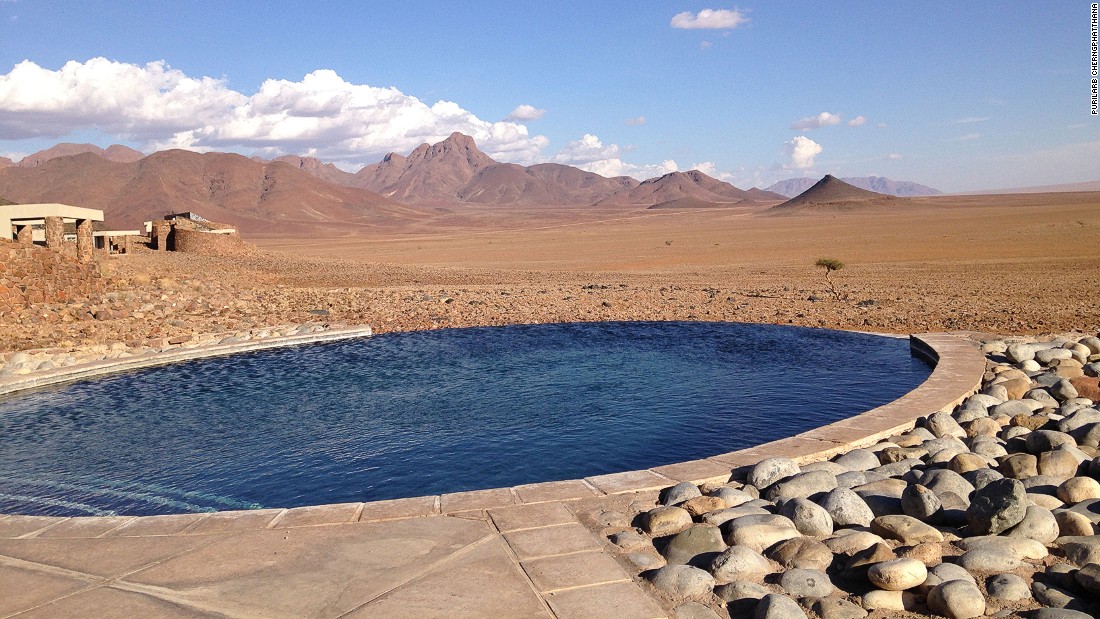 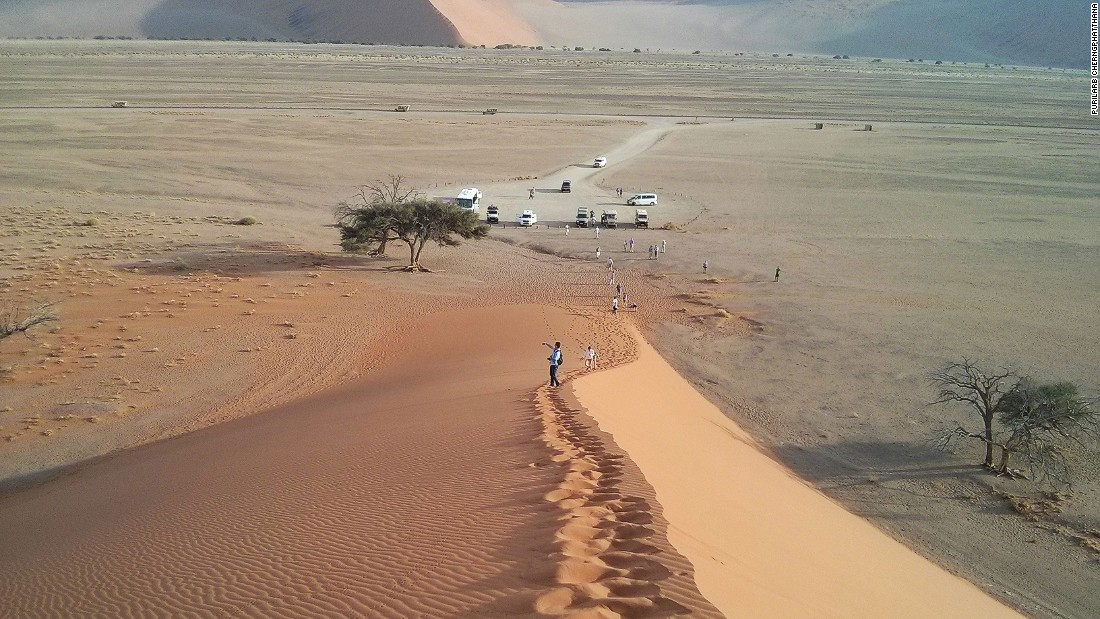 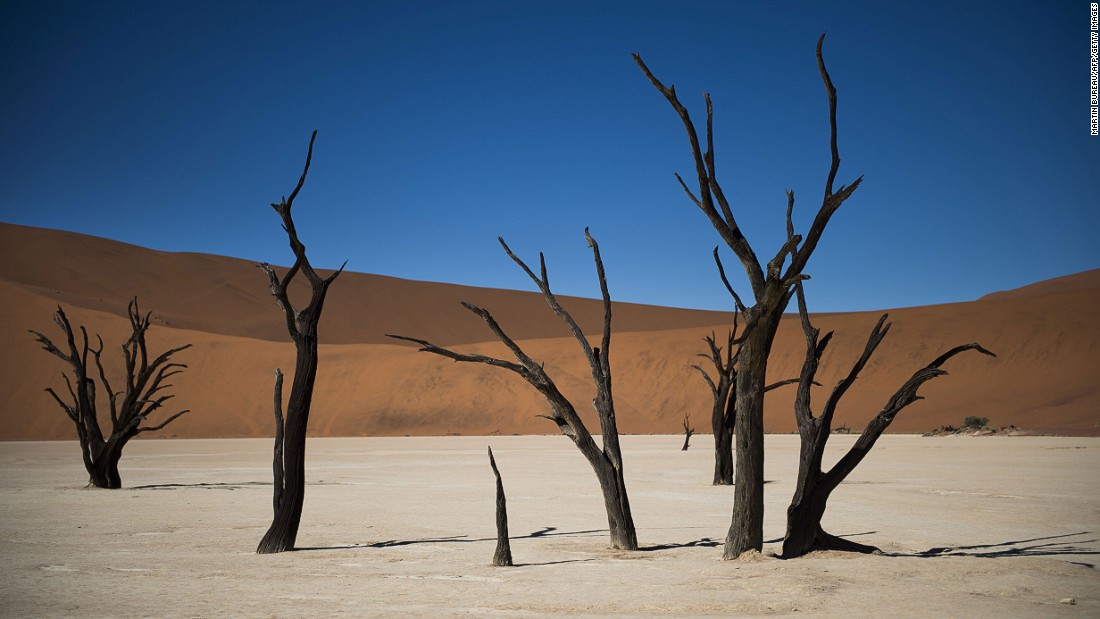 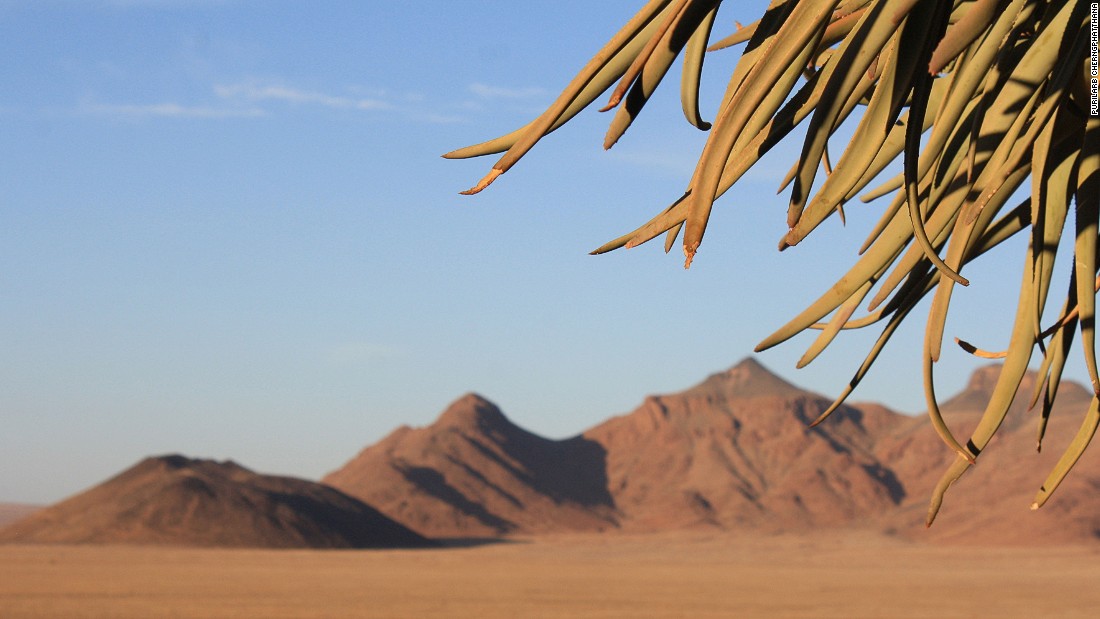 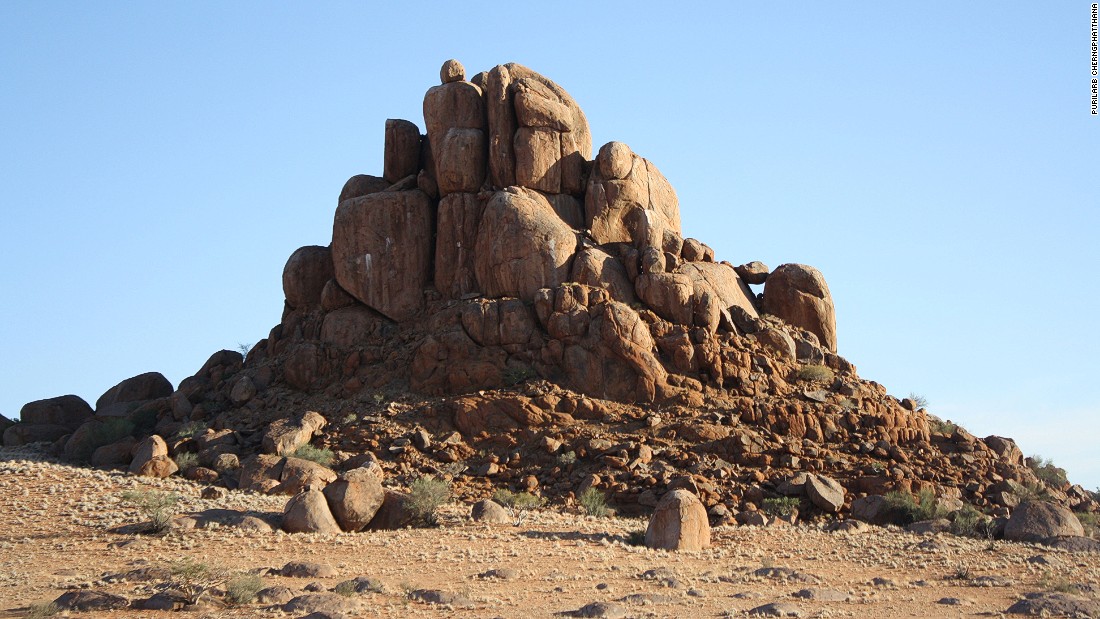 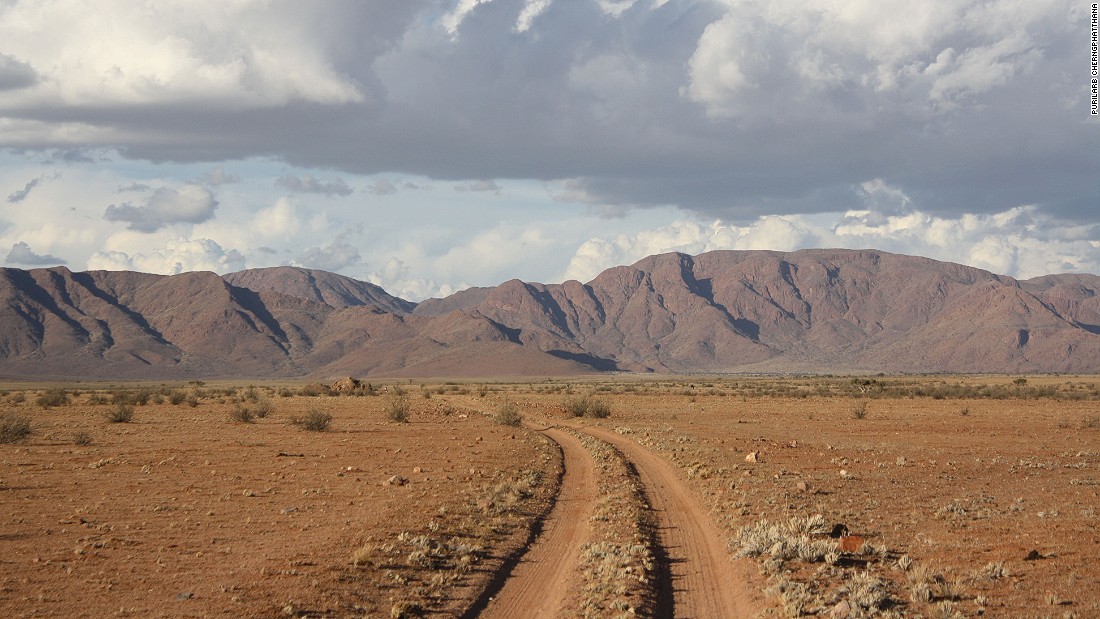