World No. 1 chipmaker Intel Corp (INTC.O) will be given the go-ahead from the EU for its $16.7 billion bid for Altera Corp (ALTR.O), its largest ever deal, two people familiar with the matter said on Friday.The U.S. company is looking to Altera to reinforce its portfolio of higher-margin chips used in data centers and to focus on chips for cars, watches and other devices in a future "Internet of Things."The U.S. Department of Justice cleared the deal unconditionally last month while other agencies such as the Chinese are also looking at the bid. Analysts had expected smooth sailing but some investors were concerned about possible antitrust hurdles.The highly fragmented chip industry has seen a wave of consolidation this year as companies beef up their capabilities and try to squeeze more technologies onto chips in response to demand for integrated suppliers.The European Commission will clear the deal without requiring concessions from Intel as it does not see any competition issues, the sources said. A decision is scheduled by Oct. 14.Commission spokesman Ricardo Cardoso declined to comment. Intel spokeswoman Cara Walker declined to comment on the regulatory process, saying the company continued to work closely and cooperate with the agencies involved. Altera makes programmable chips used to speed up web searches and update social networks, among other uses.The Commission is now examining Avago Technologies' (AVGO.O) $37 billion offer for Broadcom Corp (BRCM.O), the biggest ever deal in the sector. The preliminary review will end on Nov. 9. 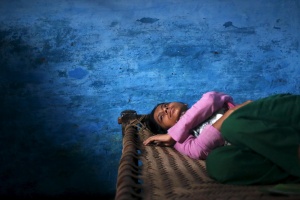