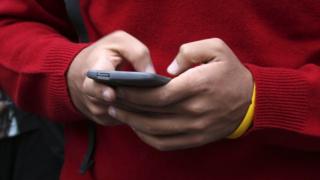 "Notspot" - according to one dictionary definition, "an area that has no broadband Internet or 3G mobile phone coverage, or where this is very slow and unreliable."

What should perhaps be added is the clause, "... and guaranteed to cause fury and to fill up the postbags of members of parliament." Today the House of Commons holds a debate on the issue of poor coverage, a chance for MPs to vent their constituents' grievances.

For three hours, they will debate the roll-out of fixed and mobile broadband across the UK and, whatever the government's claims about the success of that project, you can expect politicians from all sides and from all parts of the country to say it isn't working in their areas.

The motion before the House notes variations in the effectiveness of superfast broadband and calls on the government to host a "not-spot summit." Matt Warman, a former Daily Telegraph technology correspondent who is now a Conservative MP, was instrumental in arranging the debate.

He says the focus will be on connecting the final 5% of households not reached either by the market or the government's rural broadband programme. But overshadowing the debate - and that notspot summit if it happens - will be the bigger question of whether the whole broadband strategy is working, and at the heart of that is the future of BT.

For the last five years, the government has effectively contracted out the job of making sure the UK has a decent superfast broadband network to one company. BT has won all of the contracts in the £830m programme to ensure 95% of households are hooked up by 2017.

Local campaigners will disagree, but the government, the regulator and even some of BT"s rivals feel that the UK is not in a bad place right now, with the availability and price of superfast broadband comparing quite well with our European neighbours. It is what happens next which is at stake, in a battle over technology and free market economics.

For its rivals... BT's continued embrace of copper is a betrayal of Britain's broadband ambitions

The technology debate is about copper versus fibre. BT's roll-out of the fibre optic cables on which superfast broadband depends has stopped so far at the street cabinet, from where it's piped into homes via the ancient copper network. But that copper, according to BT, has proved amazingly adaptable so far, first delivering higher speeds than expected via ADSL and VDSL, and now promising over 300Mbps with a new technology called g.fast.

But for its rivals, fibre direct to the home is the only long-term answer and BT's continued embrace of copper is a betrayal of Britain's broadband ambitions. "It will stop working every time it rains," says one telecoms executive sniffily of the g.fast technology.

For them, the only answer is competition, and that means splitting up BT. They want Openreach, the "arm's length" division of BT which manages its copper and fibre network. to be sold off.

Their argument is that this would result in more money being invested in the network and a better service for all of its customers.

BT disagrees, arguing that breaking it up would damage a British technology champion. On a recent visit by journalists and analysts to the company's vast research headquarters at Martlesham in Suffolk, that message came across loud and clear. Force us to sell Openreach, and the innovation you see here might stop happening, was the argument as we heard about the soaring number of patents for inventions by BT boffins.

But the regulator Ofcom seems open-minded. It is just completing a public consultation on the future of Openreach, and in a recent speech its new CEO Sharon White made it clear that her priority was greater competition in the broadband market. "We could have written it ourselves," says an executive at one of the firms calling for a break up.

The government appears less enthusiastic. The digital economy minister Ed Vaizey told the Financial Times that he was sceptical about splitting up BT, and that it would be "incredibly time-consuming" and have "lots of potential to backfire". This intervention by a minister in an ongoing independent regulatory process was unusual, and was seen by BT's rivals as unwise.

This afternoon Ed Vaizey will reply to the debate on notspots. His words will be examined carefully, but the future of broadband in the UK will not be in his hands. It will be for Sharon White of Ofcom to decide whether to refer the broadband market to the Competition and Markets Authority. Whatever her decision, don't expect complaints about poor or non-existent internet connections to go away any time soon.