The recently completed span is a glass walkway suspended a stomach-flipping 180 meters (590 feet) above a sheer drop in China's central Hunan Province.

Haohan Qiao, as it's known in Chinese, is the latest in a series of glass-floored attractions to open in China and the rest of the world.

Despite its terror-inducing appearance, its creators say the bridge in the Shiniuzhai National Geological Park is perfectly safe.

Each of the glass panes is 24 millimeters thick and 25 times stronger than normal glass.

"The bridge we build will stand firm even if tourists are jumping on it," a worker who constructed the bridge told the state-owned China News Service.

"The steel frame used to support and encase the glass bridge is also very strong and densely built, so even if a glass is broken, travelers won't fall through."

Haohan Qiao was originally a wooden bridge before the park experimented by replacing a small section with glass in 2014.

It decided to increase the thrill by revamping the whole overpass earlier this year, making it China's first all-glass suspension bridge.

Hunan is due to open another glass bridge later this year in the Zhangjiajie Grand Canyon area, about 300 kilometers (186 miles) northwest of Shiniuzhai.

When completed, the Zhangjiajie structure will be the world's highest and longest glass bridge -- 430 meters long and 300 meters high. 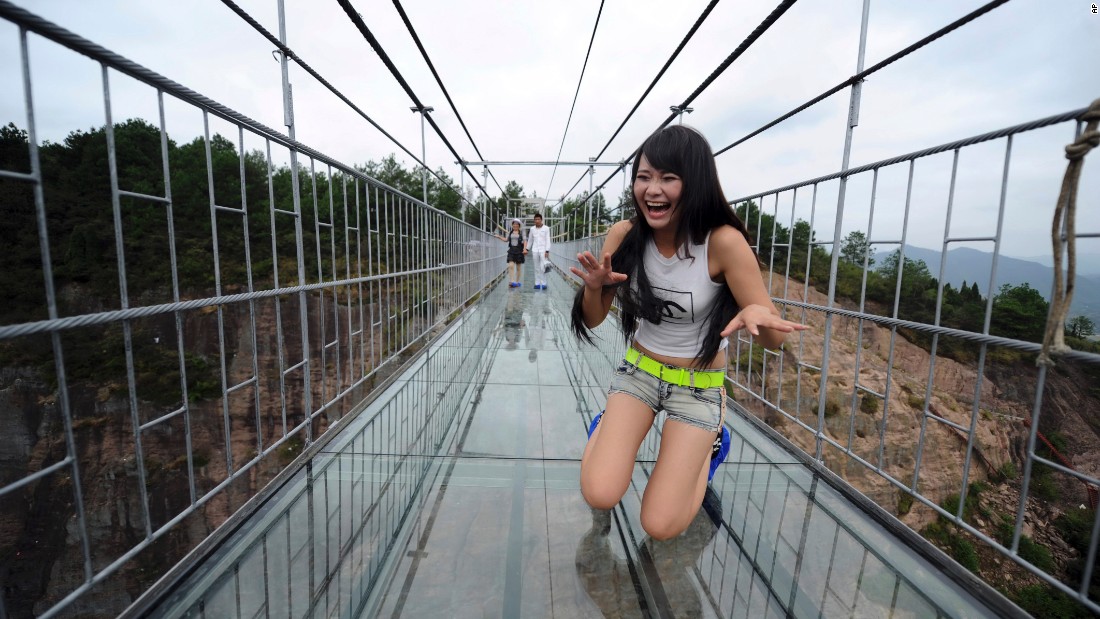 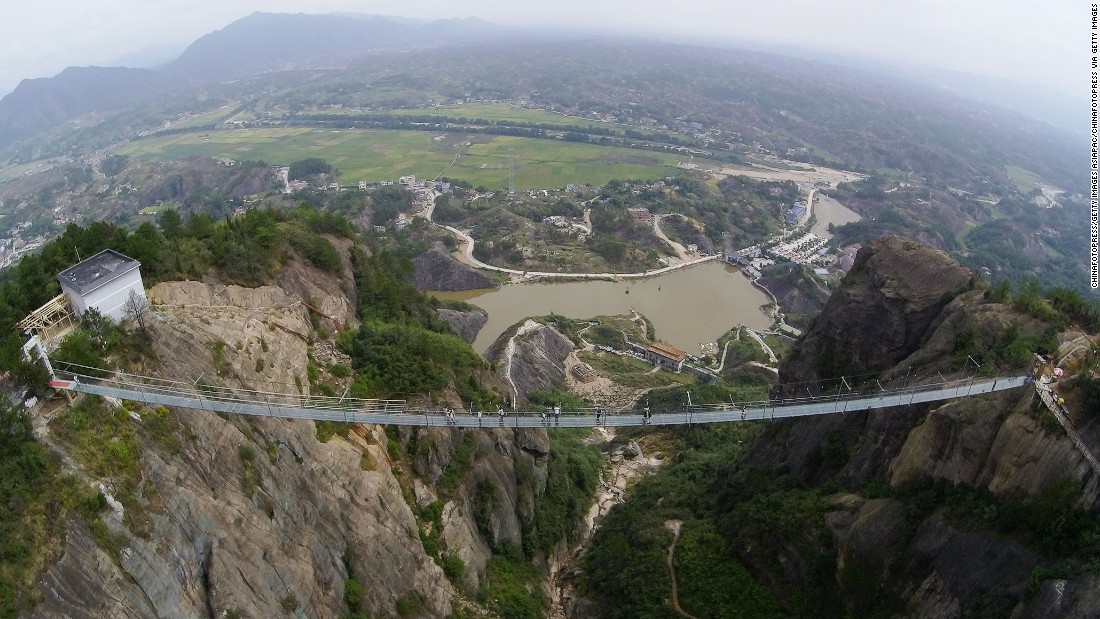 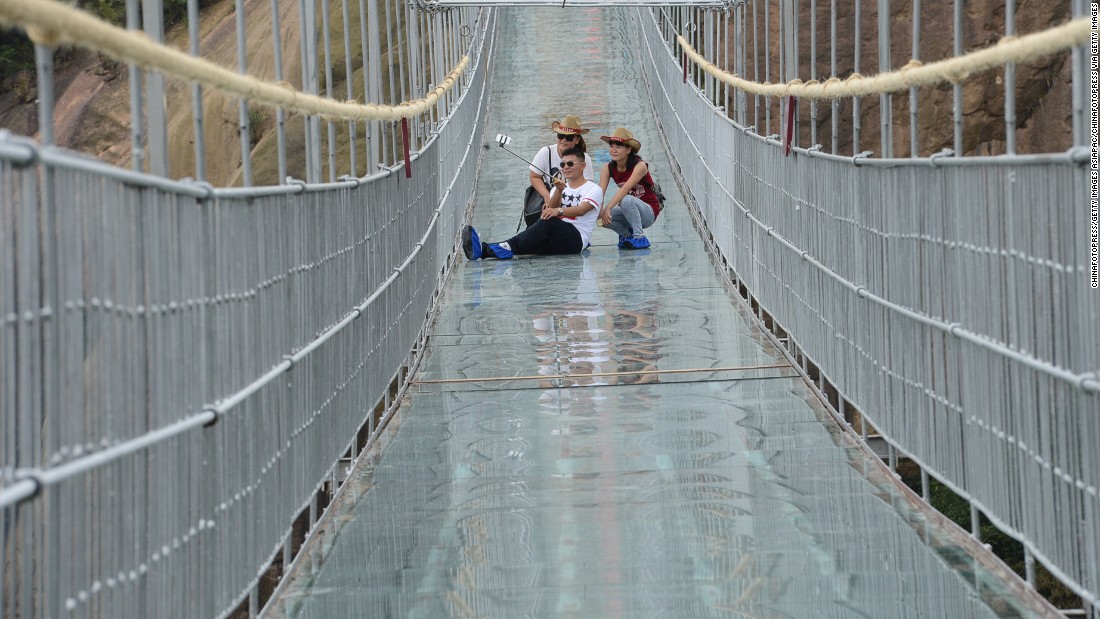 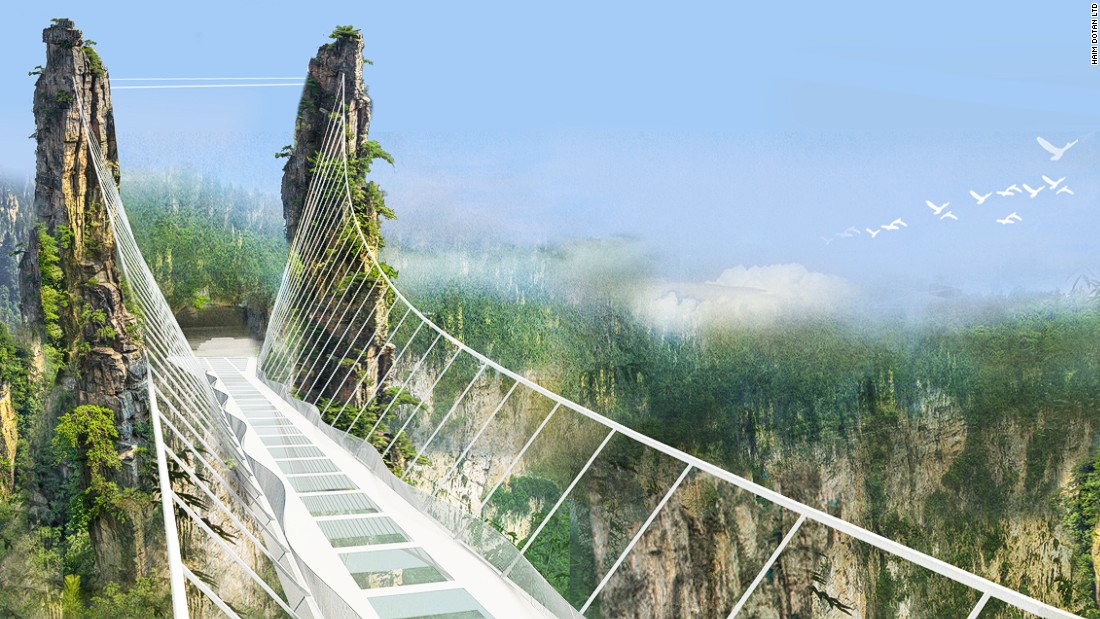 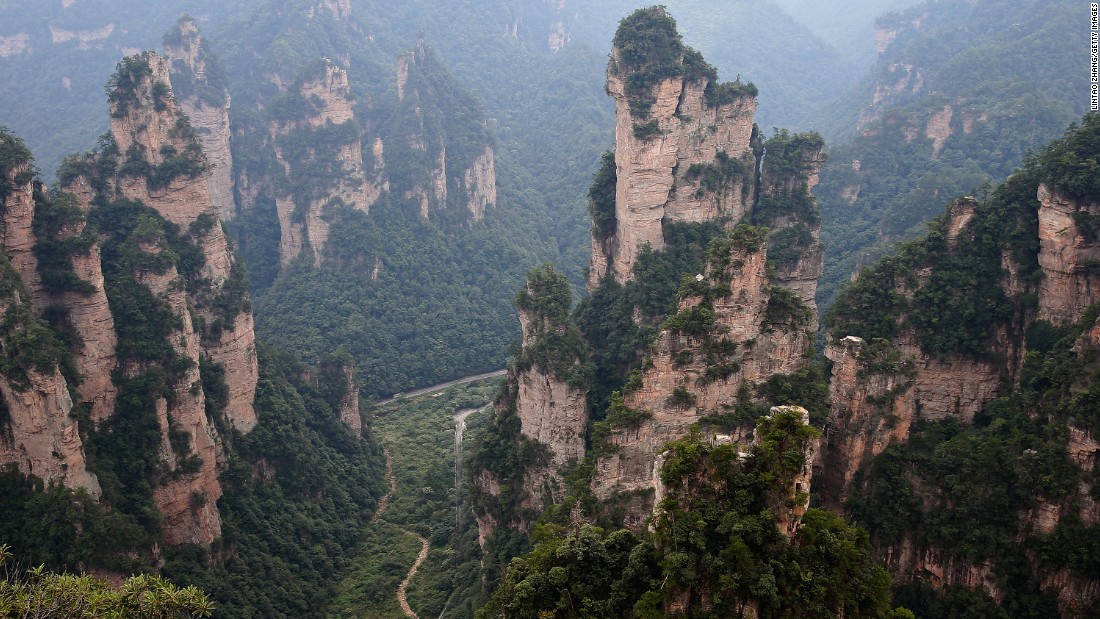 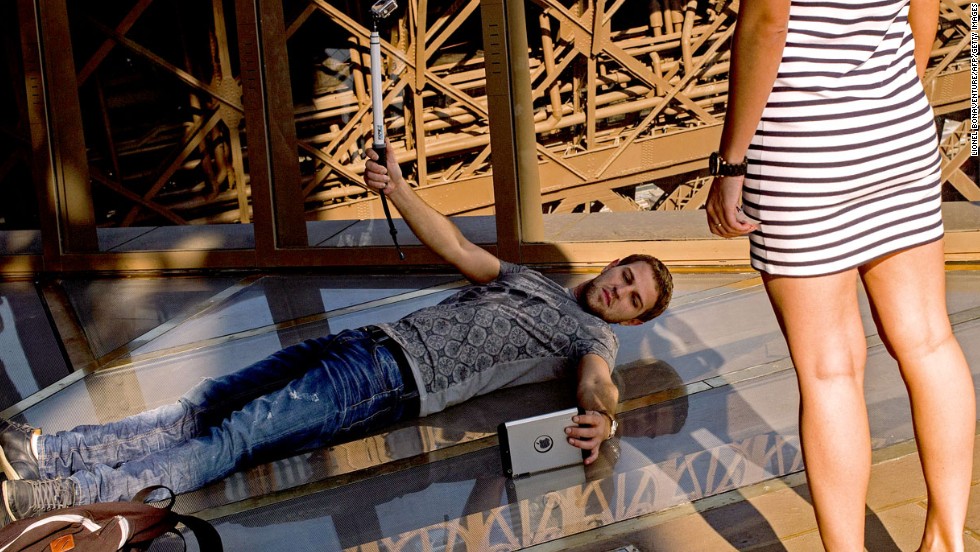 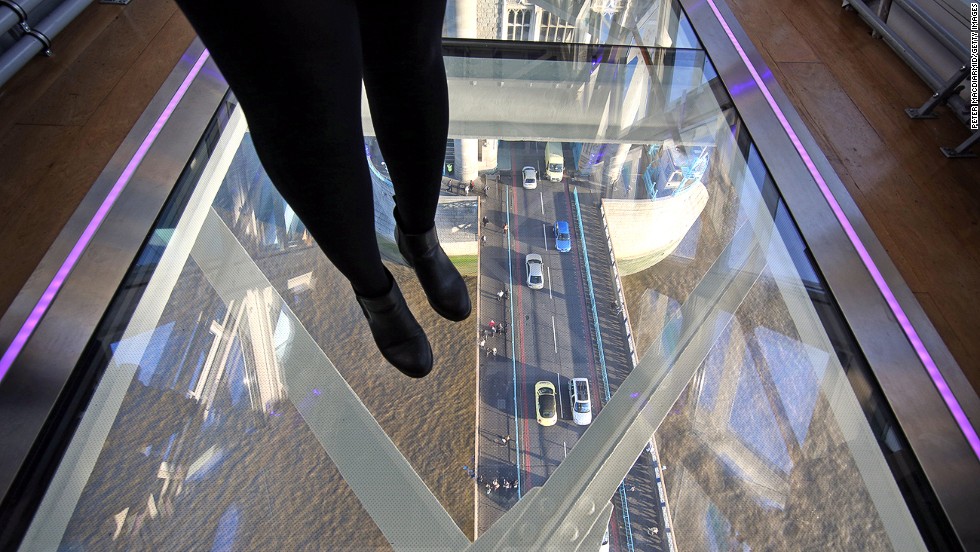 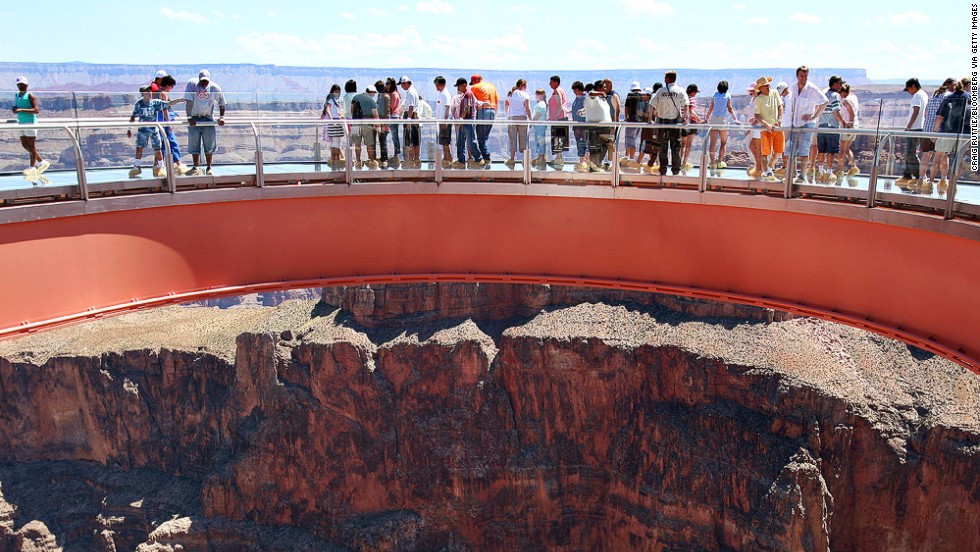 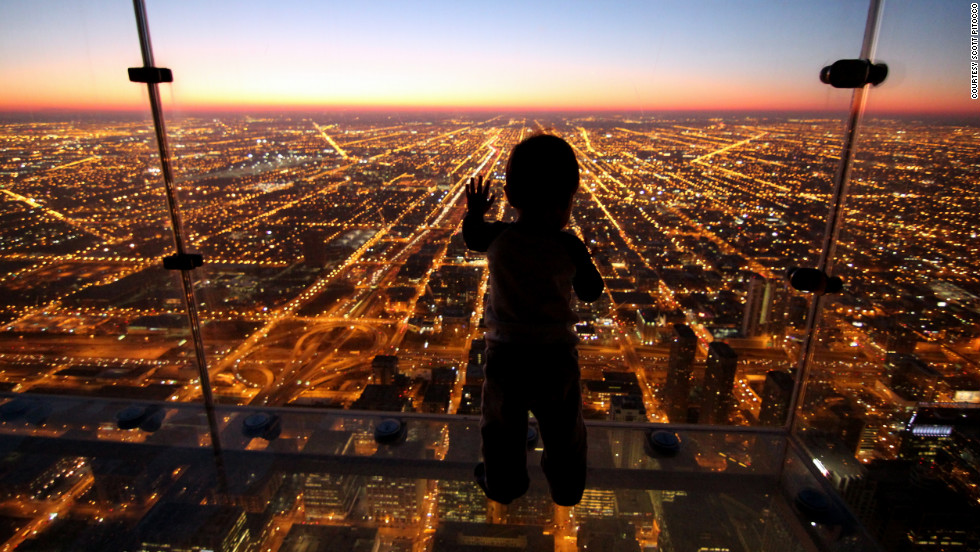