Cypress Semiconductor Corp (CY.O) is working on an offer to acquire Atmel Corp (ATML.O), the U.S. chipmaker that agreed to sell itself earlier this month to Dialog Semiconductor Plc (DLGS.DE), according to people familiar with the matter.Cypress' attempt to disrupt Atmel's deal with Dialog underscores the frenzy of mergers and acquisitions sweeping the semiconductor industry, as it responds to demand for cheaper chips and clients looking to reduce their number of suppliers. Cypress is working with investment bankers and has informed Atmel it believes its offer will be superior to Dialog's cash-and-stock deal, which was worth $4.6 billion when it was announced on Sept. 20, the people said on Sunday. A merger with Atmel would be transformational for Cypress, which has a market capitalization of just $2.9 billion.There is no certainty that Cypress will manage to put together an offer that Atmel will deem as more attractive than its deal with Dialog, the people cautioned, asking not to be identified because the deliberations are confidential.Cypress, Atmel and Dialog representatives did not immediately respond to requests for comment.Dialog, an Anglo-German company which is heavily exposed to Apple Inc (AAPL.O) and Samsung Electronics Co (005930.KS) for its sales, agreed to acquire Atmel to diversify its client base in automotive markets, as well as network-connected chips used in industrial gear, also known as the "Internet of Things".Based in San Jose, California, Atmel manufactures small processors called microcontrollers that are used in a variety of electronics and other hardware in this connected device area.Cypress, based in San Jose, California, makes flash memory chips and microcontrollers. It is also looking to boost its "Internet of Things" portfolio.Last summer, Cypress attempted to acquire chipmaker Integrated Silicon Solution Inc (ISSI.O), but lost out to Uphill Investment Co, which clinched a deal for the company for more than $700 million.Were Cypress to prevail in its bid for Atmel, the latter would have to pay Dialog a termination fee of $137.3 million, according to their merger agreement.Dialog's shares have dropped 21 percent since the deal with Atmel was announced, as investors grew skeptical of the potential combination. Atmel shares ended trading on Friday at $8.02, down from the $10.42 that the merger agreement with Dialog valued them at the point of signing. (Reporting by Greg Roumeliotis and Liana B. Baker in New York; Editing by Andrew Hay) 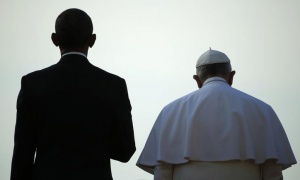