This column is part of a series where Verge staffers post highly subjective reviews of animals. Up until now, we've written about animals without telling you whether they suck or rule. We are now rectifying this oversight.

Penguins are a surprisingly versatile bunch. They play hockey in Pittsburgh, command the Norwegian army, and can go shopping for their own fish. They can be seen alongside Oscar-winning actors as well as star in several successful franchises (and should they ever get nominated, they're born dressed for any awards show). They're great with family but also know how to get freaky. And they're the only known sentient beings capable of causing Benedict Cumberbatch to fumble.

But I don't want to talk about all penguins because the field is far too diverse. Instead I want to focus on Spheniscus demersus — the African penguin. To do this review properly, I knew I had to see these creatures firsthand, so earlier this month, I visited the Boulders Beach penguin colony in South Africa.

First, a little bit about the African penguin in particular. Found in both South Africa and Namibia, the African penguin sports white streaks from head to toe and distinct patterns of spots on its belly, all of which says, "I know fashion, but I also know how to be an individual." I'd like to see more color, but a black-and-white combination is time-tested class and works in most occasions. 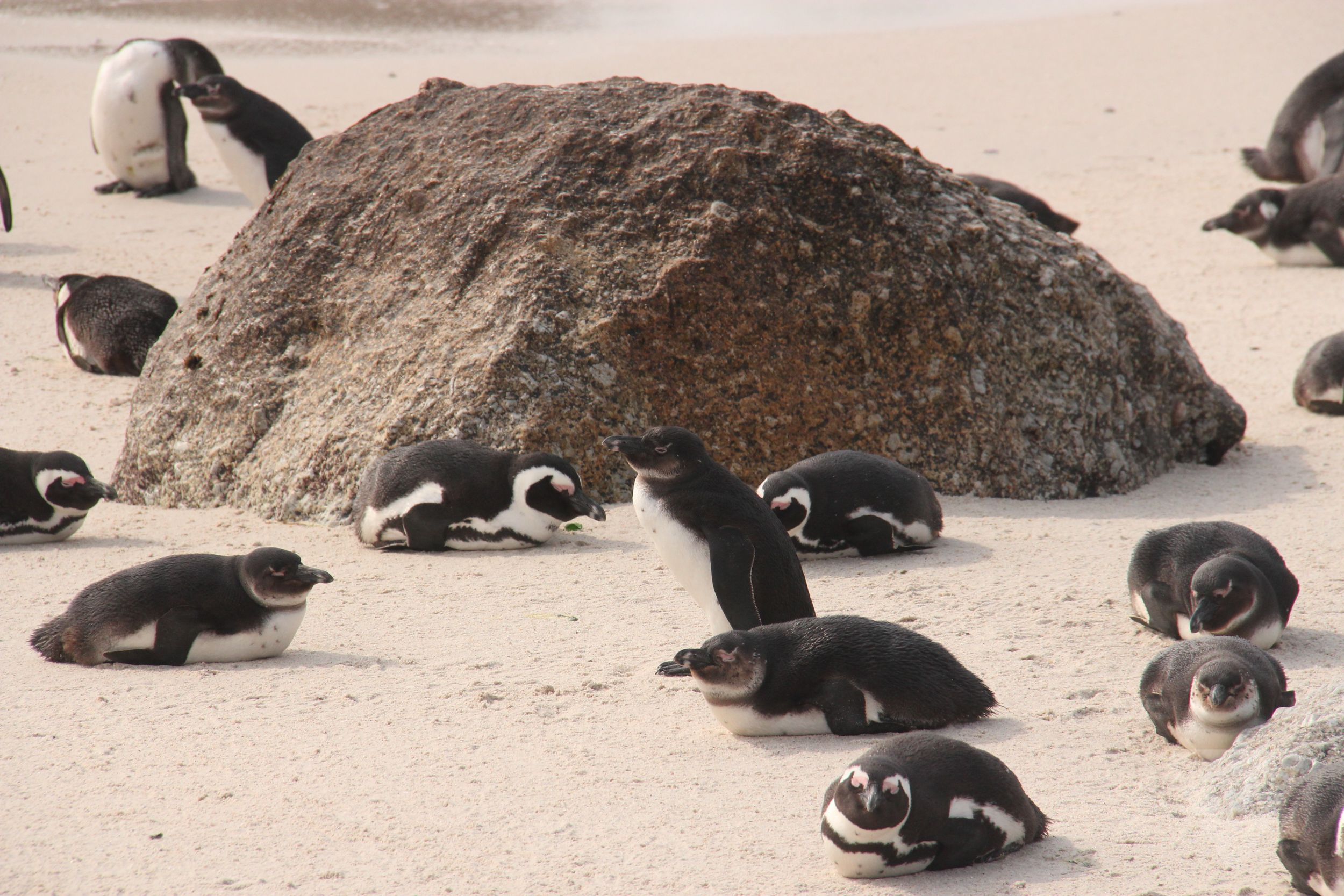 See that bit of pink above their eyes? That's built-in air conditioning (or "thermoregulation," if you want to be more technical — and yes, we humans have a less pronounced version of it, as well). When the penguin heats up, those glands fill with more blood to help lose heat. It also has the added benefit of turning a bright pinkish red, which is great for summer fashion.

It doesn't start out that cute, though. In fact, I'd go as far as to say these baby penguins are pretty ugly, especially compared to some other baby penguin species. I mean really, what are they thinking with that coat?

Thankfully, they grow out of those awkward beginnings. There's one thing they don't grow out of, however, and before we go on, I want you to imagine what an African penguin sounds like. Sounds like a wispy Elijah Wood in your head, right? Now, turn up your speakers and watch this:

African penguins are also known as jackass penguins because they create a sound not unlike a donkey braying. This isn't proof of some divine being trying to balance out all the creatures' good quality with one major fault, but it is an unfortunate con here.

Here, have a Benedict Cumberbatch and cleanse that aural palate (starting at 3:18):

Another problem? African penguins are rather limited in supply — endangered, you could say — with an estimated 55,000 left in 2010. (That number was closer to 200,000 at the turn of this century and 3 to 4 million a century before that.) You could argue, as some have, that this is due to predator seals, overfishing, climate change, or some other horrible thing outside of their control. Me? I blame it on a lack of opposable thumbs. This is a clear evolutionary oversight, so I have to knock off points. 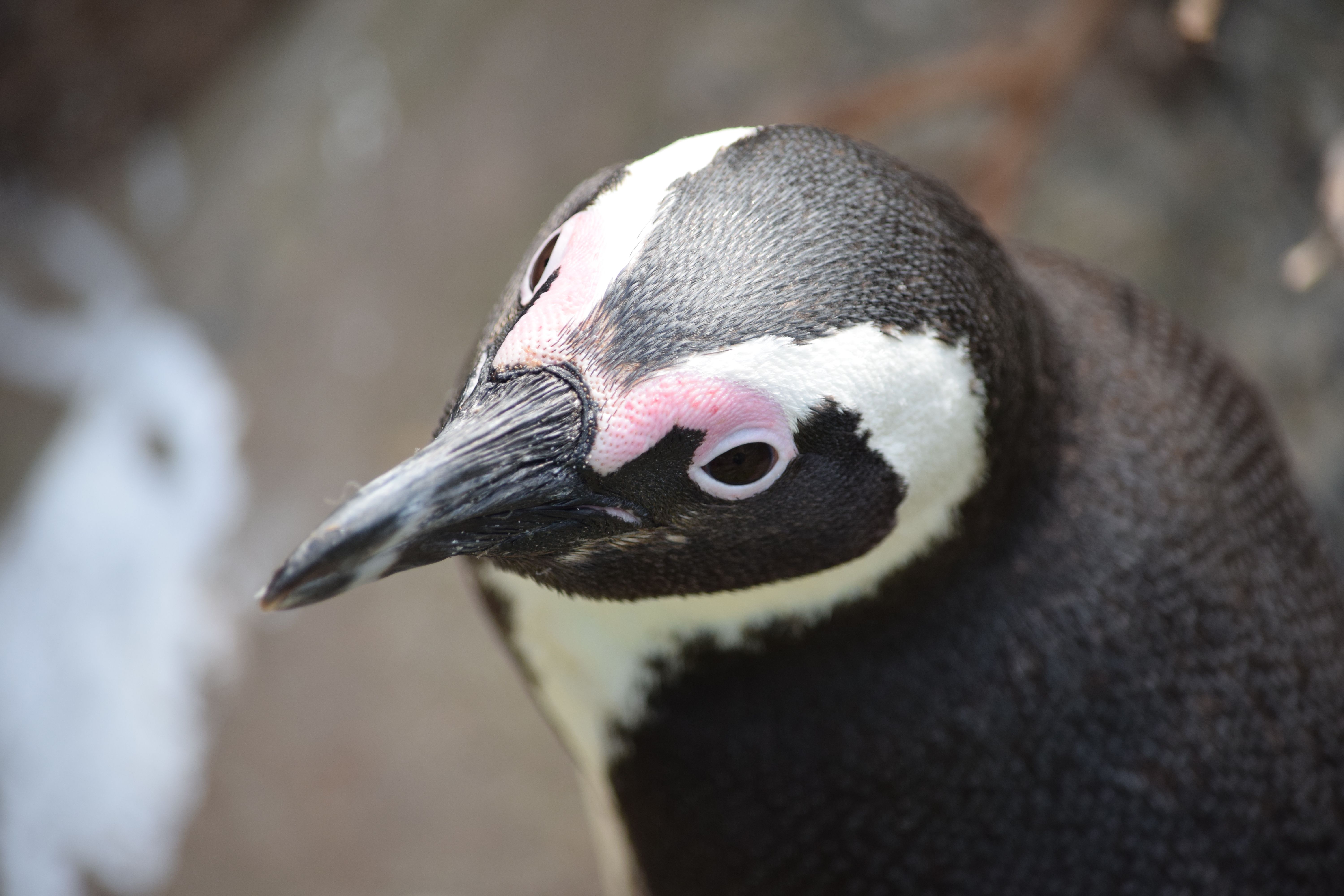 Okay, so African penguins are not as iconic as emperor penguins, nor are they as flamboyant as the southern rockhopper penguin (but what is, am I right?). Still, their style is understated, their sense of community is laudable, and dammit, I want one.