Yesterday at the Maker Faire in New York, we had a chance to check out the Rephone, a clever little project that comprises a bunch of modules that let you cobble together your own tiny little cell phone. Actually, making a cute little cardboard-encased phone is the least interesting thing aboutt the Rephone kit. The group behind it, Seeed Studio, has made dozens of modules and an SDK that enables you to build out nearly any sort of cellular-based gadget you can imagine. They've strapped it on a dog collar so you can locate your dog (or just call him to come home). They've strapped it to a kite to provide you with real-time telemetry. They've strapped it to a door, a lamp, and (uh), a table.

The project launched on Kickstarter last week and has already blown past its modest goal of of $50,000. That goal was probably so modest because Seeed already has a ton of experience making these little modules. The company is based in Shenzhen and has "been providing open source modules to makers for almost 7 years," Seeed's Eric Pan says. Rephone's modules and SDK will also be open sourced.

The center of the Rephone kit is a tiny little module with GSM and Bluetooth Low Energy radios. It takes a nano-SIM card, and Pan says that Seeed may consider doing something with 3G or LTE in a future version. But for the functions that you'll probably want to use Rephone for, you won't really need it. "If you just want to unlock a door or turn on a lamp, 2G is good enough," says Pan. Plug in a prepaid SIM card (paying for for an extra line from AT&T seems like overkill), and you can control it with data or sms.

If you just want to play around with making your own tiny phone, the kit comes with all the parts you need to do it, including a tiny little touchscreen and a cardboard enclosure you tie up with thread.

Seeed is building in some common Internet of Things programming options, including Arduino, Lua, and Javascript. But the best part about the programming is that you can get started making your own gadgets even if you're not a coder, because the Rephone kit also supports If This Then That. That should give you a relatively simple web interface and a whole host of services you can connect up to your tiny widget. "People think of the maker scene [as just] hobbyists," Pan says, "but we really hope that consumers can really get into making by putting together their own mobile phones."

The Kickstarter has about a month left in its run and Seeed will be shipping out modules based on how much you pay — some as early as next month. Based on what we saw at Maker Faire, it seems more than likely that there won't be too many delays with the project. 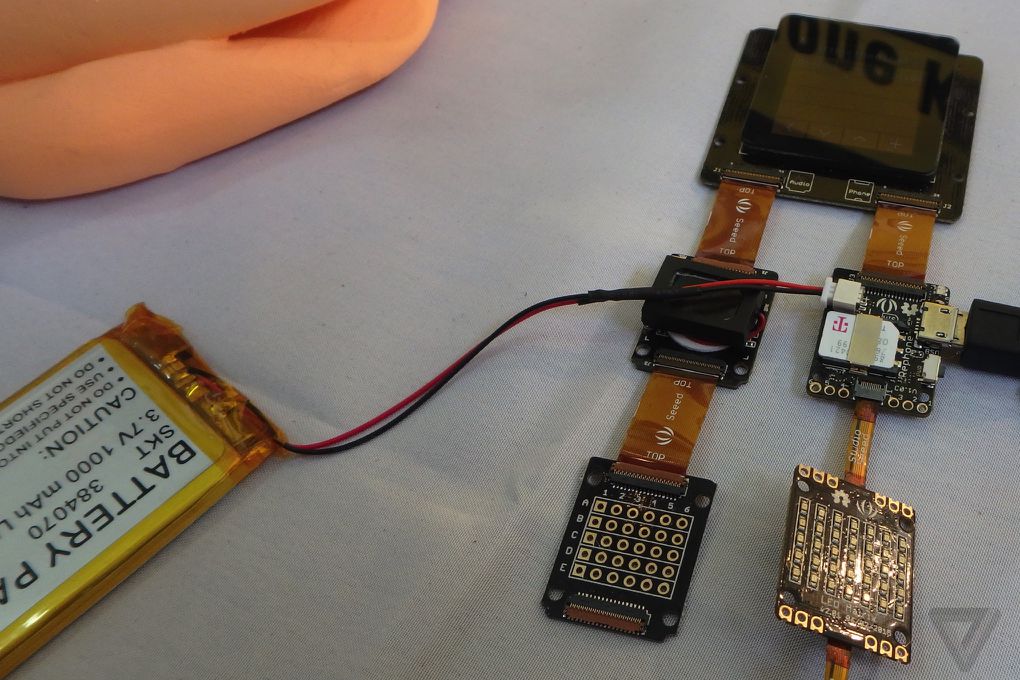