Over the past few years, as movie theater owners have worked to distinguish their wares from high-definition living rooms, no brand has become more familiar to audiences than IMAX. Nearly every major blockbuster this past summer was released in the same flavor of IMAX (often in 3D), promising bigger screens and higher quality whether a film was actually shot in the format or not. But despite the box-office records, it’s often not clear what “the IMAX experience” is actually contributing to any given movie.The latest release is Robert Zemeckis’ The Walk, the true story of Philippe Petit, a French performer who stunned the world in 1974 by walking on a wire between the twin towers of the World Trade Center. With Zemeckis at the helm — only his second live-action movie in 15 years — it’s seemed all but guaranteed that the movie will pull off a mix of whimsical filmmaking and visual effects, but other than some obvious high-wire gimmicks what would the ever-present IMAX 3D actually add to the proceedings?The answer is terror. Utter, absolute terror.

Joseph Gordon-Levitt (Looper, Inception) stars as Petit, clad in a bad wig and colored contacts that signal a rough start from the very opening of the film. Zemeckis borrows the same device he used in Forrest Gump, having Petit narrate the film as it recounts his early beginnings as a wire walker, his family’s rejection of his creative ambitions, and his eventual tutelage at the hands of a circus ringleader known as Papa Rudy (Ben Kingsley). Petit is a dreamer in the most extreme sense, a man who sees the wire as the only canvas upon which he’s able to truly express himself, and like all good movie dreamers he lets neither familial doubts nor the law get in the way of what he sees as the ultimate "coup": walking a wire between the Twin Towers.

Gordon-Levitt plays him as an absolute nut, and it would seem like an exaggeration if the real Petit didn’t give off the same mad energy in Man On Wire, James Marsh’s excellent 2008 documentary. But Zemeckis frames his movie as a kind of modern fairy tale, an ode to the beauty of the creative spirit, and as the film leaps from circus tents to the streets of Paris, the single-minded devotion of Gordon-Levitt’s performance propels things along.

It’s all prelude, of course, to the titular walk itself, and it’s obvious that’s the part of the story that got Zemeckis interested in the first place. Once preparations in New York begin, the movie takes on an entirely different heist movie vibe, replete with high-energy preparation montages and some hilarious bit character moments. (Steve Valentine, as Petit’s inside man at the Trade Center, is a particular standout.) It’s Zemeckis at his ‘80s best, calling to mind the polished, effortless rides he once crafted in movies like Back to the Future and Romancing the Stone, but even that fades away once Petit steps onto the wire.

The extended wire walking sequence is at once astounding, beautiful — and excruciating. The combination of the large IMAX screen and Zemeckis’ restrained use of 3D places the audience there on the wire with Petit, providing an experience I’ve never had at a movie before. My palms began sweating (and didn’t stop); I slid to the edge of my seat. As the streets of New York yawned below Petit on his impossible walk, I held my breath, worrying that his next step would be his last. And with the screen filling my peripheral vision and the depth of the image pulling me in, I realized I was having the kind of exhilarating experience that can only be had at the movies. (I only wonder what the film would have been like if it had shot natively in IMAX, taking advantage of its taller, more immersive aspect ratio.) 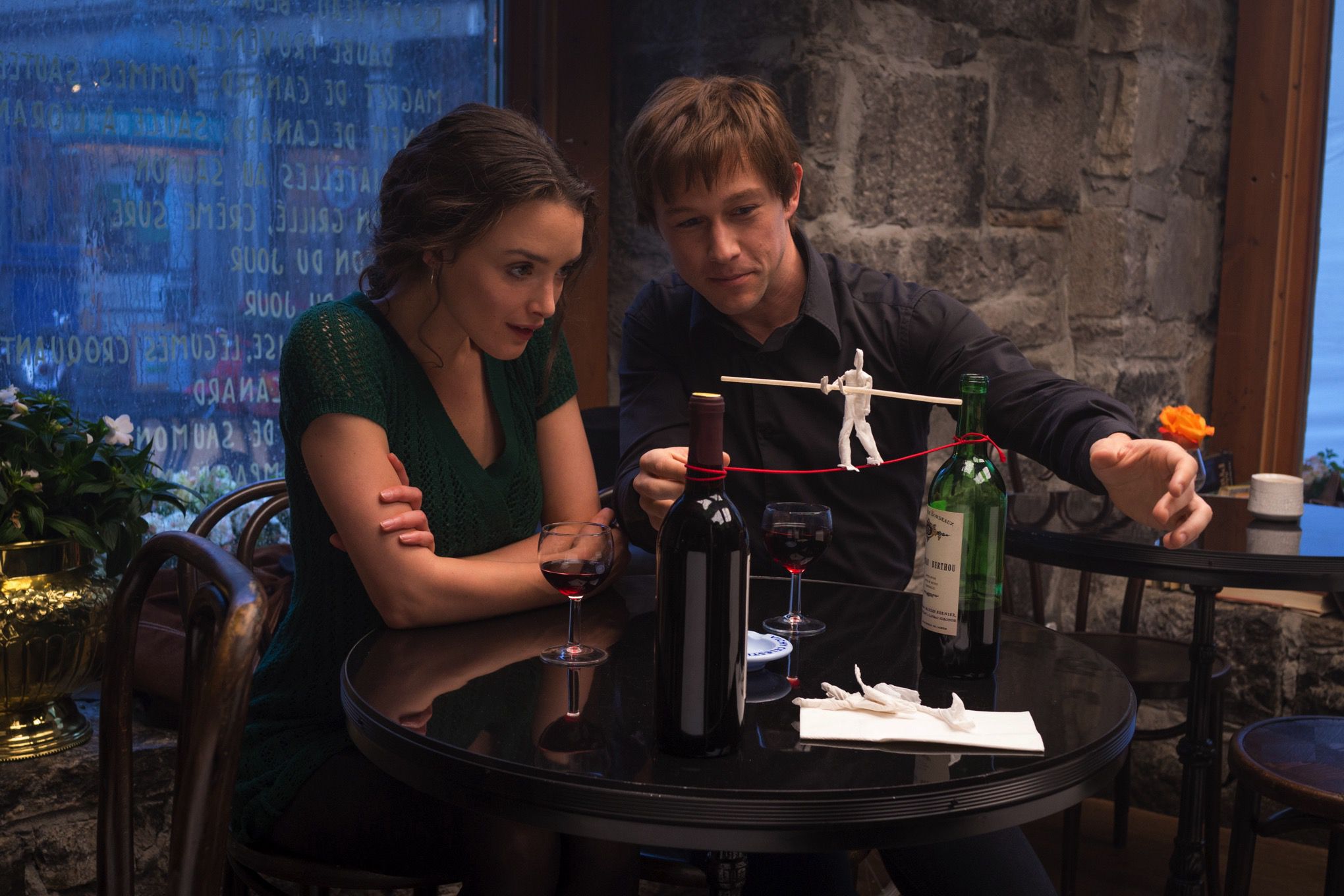 A testament to cinema's transportive power

With virtual reality and other immersive experiences factoring so heavily in modern conversations about media, it’s easy to look to those new forms as the best ways to transport audiences into new worlds, but a movie like The Walk actually serves as a strong counter-argument. Sony helped make a VR experience in connection with the movie, that lets you wear a Playstation VR headset and recreate part of Petit’s walk, and it’s certainly fun and scary in its own right. But as a stand-alone it’s just a stunt; a bit of visual sleight of hand. In the film, the use of IMAX 3D is incredibly effective — but it’s a visual tool, working in concert with the character work and emotional attachment that the movie has already built up. My heart was racing because I was concerned about Petit the character; I leaned forward because I was worried what his girlfriend Annie (Charlotte Le Bon) would see as she watched from below. And I wasn’t having an isolated experience in some clunky plastic headset; I was in a theater, feeding off the anxiety and energy of every other person watching at the same time.

I don’t know that I’ve ever told a friend or colleague to see a film for a single sequence, but The Walk is easily reason enough to break that rule. That’s not to say that I didn’t enjoy the film as a whole — I found it beautiful, both in its romantic devotion to Petit’s artistic ideals and to the way it eventually addresses the latent melancholy that one can’t help but feel when gazing upon the digitally recreated World Trade Center. But the highlight sequence of The Walk serves as a testament to cinema’s transportive power, and a potent reminder that even generally bland gimmicks like 3D can become effective tools. It’s a lesson that’s even more important to remember today, when movies seem ported to things like 3D and IMAX not for any artistic intent, but for the sake of ticket prices and opening weekend bragging rights. In the hands of a capable storyteller, they can help audiences think and feel — even if that feeling is complete and utter horror.

The Walk opens Wednesday, September 30th in IMAX. It opens in wide release on October 9th.