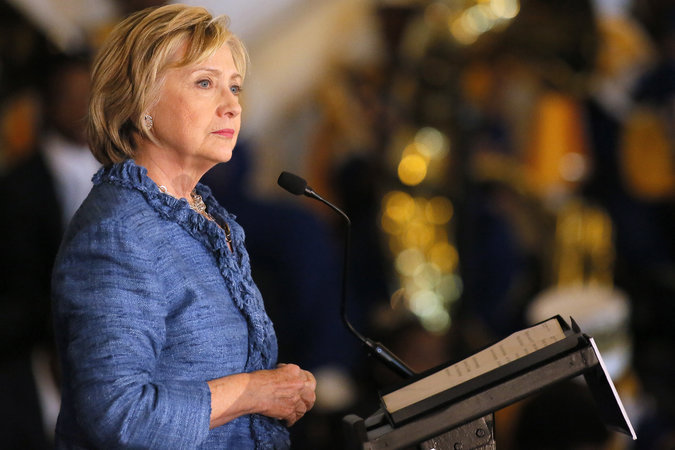 WASHINGTON — A string of emails that has been provided to the State Department raises new questions about whether Hillary Rodham Clinton has accurately described her use of a personal account when she was secretary of state.

Mrs. Clinton has said that she retained no emails from her first two months in office because she used an account that she no longer has access to. She has said that on March 19, 2009, she began using the personal account — This email address is being protected from spambots. You need JavaScript enabled to view it. — that she relied on for the rest of her time in office.

But on Friday, State Department officials said they had been given copies of an email chain between Mrs. Clinton and David H. Petraeus, the commander of United States Central Command at the time, that shows that Mrs. Clinton was using the This email address is being protected from spambots. You need JavaScript enabled to view it. account by Jan. 28, 2009.

Hillary Rodham Clinton, the Democratic presidential candidate, said in two interviews that she was sorry for using two email addresses and a private server while she was secretary of state.

Mrs. Clinton has said publicly and in a court filing under oath that she gave the State Department last year all of the 30,000 work-related emails in her possession. It is not clear why she never provided the newly discovered email chain to the State Department or why she said she did not begin using the This email address is being protected from spambots. You need JavaScript enabled to view it. account until two months after she took office.

A spokesman for her presidential campaign declined to comment.

Six months after it was revealed that Mrs. Clinton relied exclusively on a personal email account when she was secretary of state, the issue continues to cause distractions for her campaign. In polls, voters have questioned her trustworthiness, and in Iowa and New Hampshire she trails Senator Bernie Sanders of Vermont in the race for the Democratic nomination.

Mrs. Clinton first addressed in March the issue of when she began using the account. On the same day that she held a news conference at the United Nations to address the account, her office released a nine-page document that said that “before March 18, 2009, Secretary Clinton continued using the email account she had used during her Senate service.” It added that “she, however, no longer had access to these emails once she transitioned” to using This email address is being protected from spambots. You need JavaScript enabled to view it..

In a statement filed under oath in federal court in August, Mrs. Clinton said she had given the State Department all of the work-related emails on the personal account. “I have directed that all my emails on clintonemail.com in my custody that were or potentially were federal records be provided to the Department of State, and on information and belief, this has been done,” Mrs. Clinton said in the filing.

But the State Department had said in June that all or part of 15 work-related emails sent or received by Mrs. Clinton were not among the emails she gave to the department last year.

The State Department also said on Friday that it had informed the House committee investigating the 2012 attacks in Benghazi, Libya, that it would give the panel 925 emails about Libya that Mrs. Clinton sent or received from January 2011 to December 2012.

In February, the department gave the panel 296 emails related to the attacks.

“The State Department has previously informed both the committee and the public that we had not provided all materials relating to Libya,” the State Department said in a statement. “The department instead focused on providing the Benghazi committee first with the 296 emails that directly pertained to the 2012 attacks in Benghazi. The documents provided today do not alter the fundamental facts known about the Benghazi attacks.”

Some Republicans perceived the production of the emails as an effort by Eric Snyder, a former Justice Department official who is now in charge of the State Department’s efforts to turn over documents to the committee, to establish a better relationship with the panel. Republicans had criticized Mr. Snyder’s predecessor, Catherine Duval, saying that she was holding back on documents.