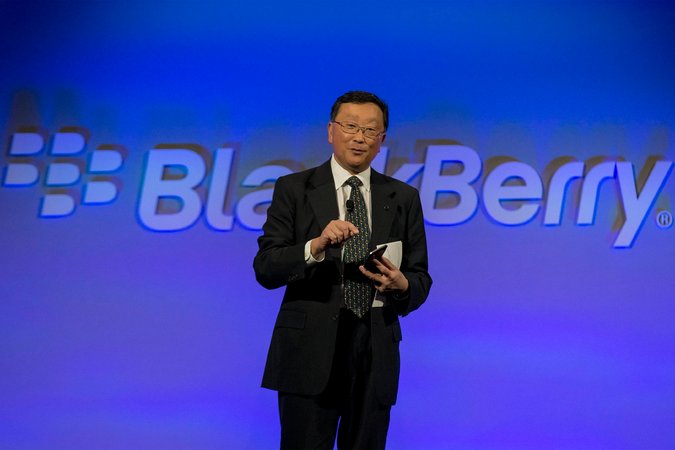 OTTAWA — Struggling for relevance in the smartphone business, BlackBerry is turning to Google’s popular mobile software for a helping hand.

BlackBerry said on Friday that it would make a phone that runs the Android operating system, confirming a rumor that has been circulating for months. The company released another sour earnings report on Friday as well that underscored the importance of finding a successful product.

The move to Android should address at least one limitation of the appeal of BlackBerry’s smartphone: a lack of apps. The Android phone will be able to run the more than one million apps already created for that software.

The new BlackBerry phone is widely expected to have a large touch-screen face and a pullout physical keyboard. While he did not talk about the design, John S. Chen, the company’s chief executive, said the phone would be called the Priv, an allusion to privacy and privilege. He added that his company was working with Google to give it additional security compared with other Android phones.

John S. Chen, the chief of BlackBerry, discusses the company’s results and its move to offer a smartphone based on Google’s Android operating system.

“This phone is the answer for former BlackBerry users who missed the physical keyboard but also need apps,” Mr. Chen said.

The company could use a hit. It reported a larger-than-expected loss of $66 million, excluding accounting adjustments, or 13 cents a share, for its second quarter. Analysts had been expecting a loss of 9 cents a share.

Revenue was $490 million, compared with $916 million in the same period a year ago.

While Mr. Chen says he wants the company to make more money from selling software than from selling hardware, that point appears to be in the distant future. During the quarter, software and related services accounted for just 15 percent of revenue while hardware contributed 41 percent. The remaining 43 percent came from monthly fees generated by older generations of BlackBerry phones for services on the company’s proprietary network.

Mr. Chen acknowledged that prices were dropping rapidly for the software that companies and governments use to manage and secure employees’ mobile phones — a key focus for BlackBerry. He said it was possible that such software might even become free.

BlackBerry’s plan, he added, is based on selling additional software and services that work with management software and are designed to work with any Internet-connected device, not just phones and tablets.

Mr. Chen told analysts that the company would continue to make phones running its own operating system, BlackBerry 10, but he also made it clear that the focus of its phone business would be elsewhere. He said that no new phones using BlackBerry 10 would be introduced this year.

For now, Mr. Chen said, the company’s operating system would be kept around primarily to satisfy some customers in governments and regulated industries. But if the new Android phone is widely accepted, Mr. Chen said, even those customers may be moved over to it.

Samsung has already experienced success in luring corporate users to Android with a security system known as Knox. Last year BlackBerry became a supplier to Samsung for that system, although Mr. Chen said that the coming phone will offer different security features.

While Ken Dulaney, an analyst at Gartner, recommended that BlackBerry move to Android several years ago, he said that if leaked descriptions of the Priv are accurate, the phone may be met with a cool reception.

Those reports indicate that the phone will have a slide-out keyboard, a design that Mr. Dulaney said consumers have repeatedly rejected because they find that it makes typing awkward. He added that it was also necessary to sell large numbers of phones to consumers to turn a profit on Android phones. Aside from Samsung, many phone makers struggle to find profits in Android.

But he said Mr. Chen’s emphasis on security would be attractive to many corporate buyers.

“We know people will spend money on security,” Mr. Dulaney said. “But I’m not sure this phone is the answer. Google has done things with security in the operating system that will satisfy a lot of customers.”

“The idea was that Amazon would offer unique services and features while offering the app ‘tonnage’ that Android offers,” he wrote in an email. “Not working out so far.”