Have you ever thought about helping to make games instead of just playing them?

There are nearly 2,000 companies in the UK making them but how do you get your foot in the door?

So we've been asking one of the experts there to share his top tips with us. 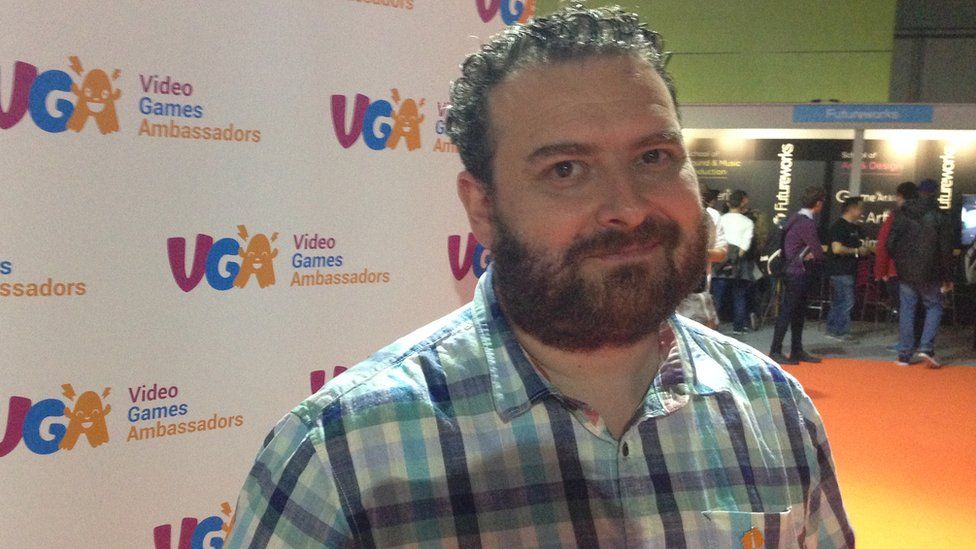 Image caption James Schall is a senior director at SEGA, he started his career working in a video games shop dusting shelves

Tip 1: Be passionate and communicate well

James says: "Find out which gaming companies are near you and engage with them on Twitter and Facebook.

"Talk to companies in a way that proves you love what they do. They are more likely to talk to you if you say that you loved a game because of this level or that level.

"It shows not only are you interested in them but you've got some passion about you and that goes a long way." 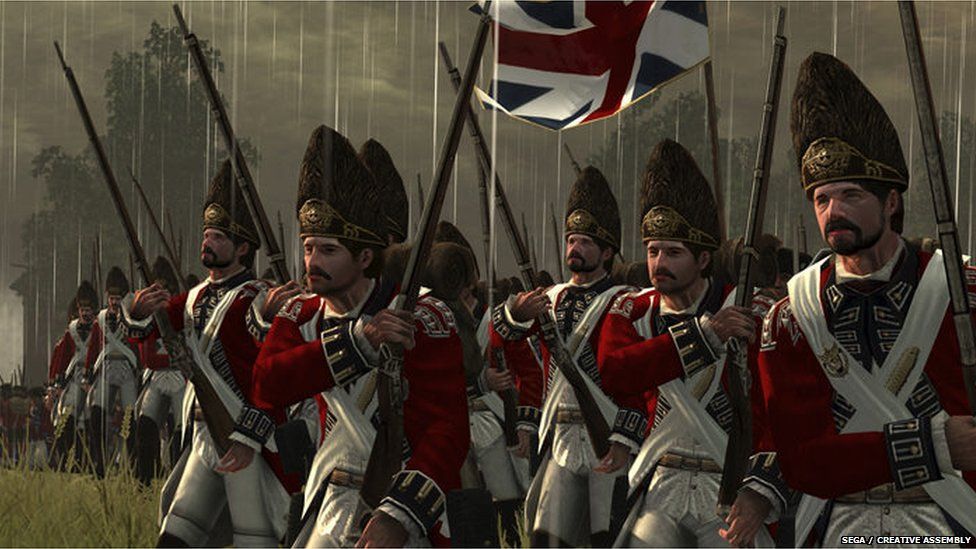 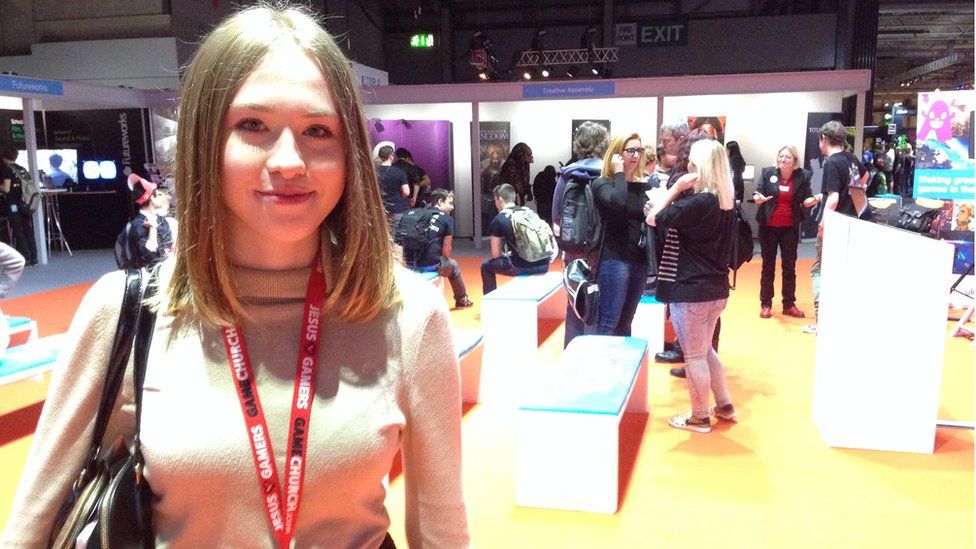 Image caption Samantha, 19, from Milton Keynes was at the EGX careers fair. She says she wants to work in gaming because "you can create alternate universes and that's amazing"

James' next piece of advice is to: "send people your CV and show you're interested in them whether they've got a job going or not.

"Research is key. That's not only for the companies you're interested in and what they do. You should also research who you should speak with.

"The worst thing they can do is say no." 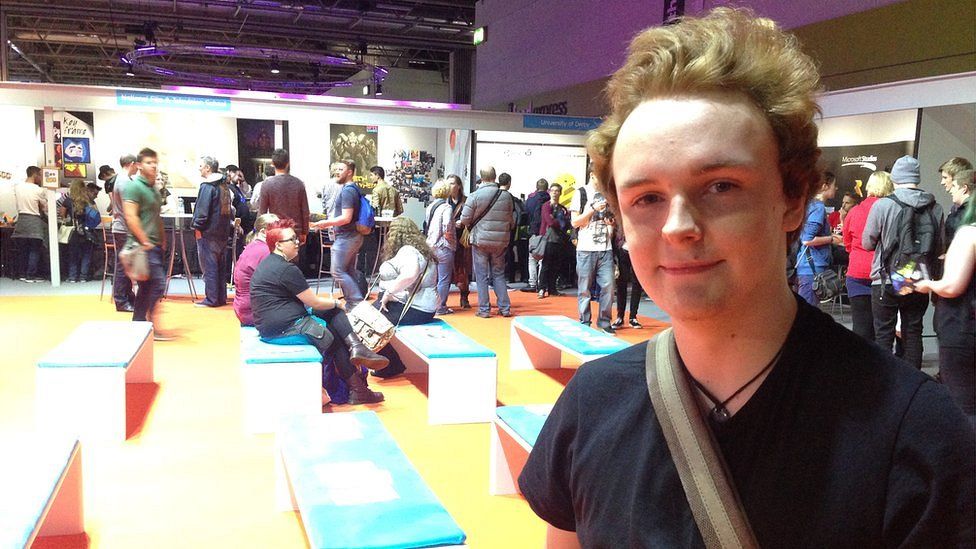 Image caption Sam, 20, from Aylesbury wants to be a character artist, he knows there's a lot of competition but says that's not putting him off

James explains that: "modding" is huge part of gaming now.

"The system called Steam has an element on it called Steam Workshop where you can go in and fiddle with game code, create new maps, levels and characters.

"If you create a map and publish it on a network like that and a bunch of people like it, then that really stands out.

"It adds to your CV and it adds to the story you're telling." 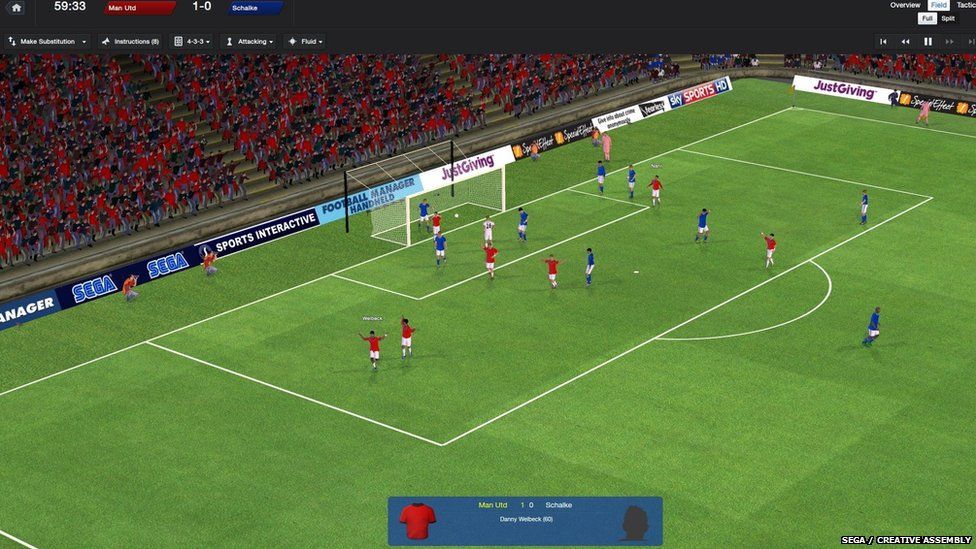 James says: "you don't need to be a physicist or a mathematician to work in gaming.

"We need people across a whole broad range of careers.

"You need a huge range of people to make a game" 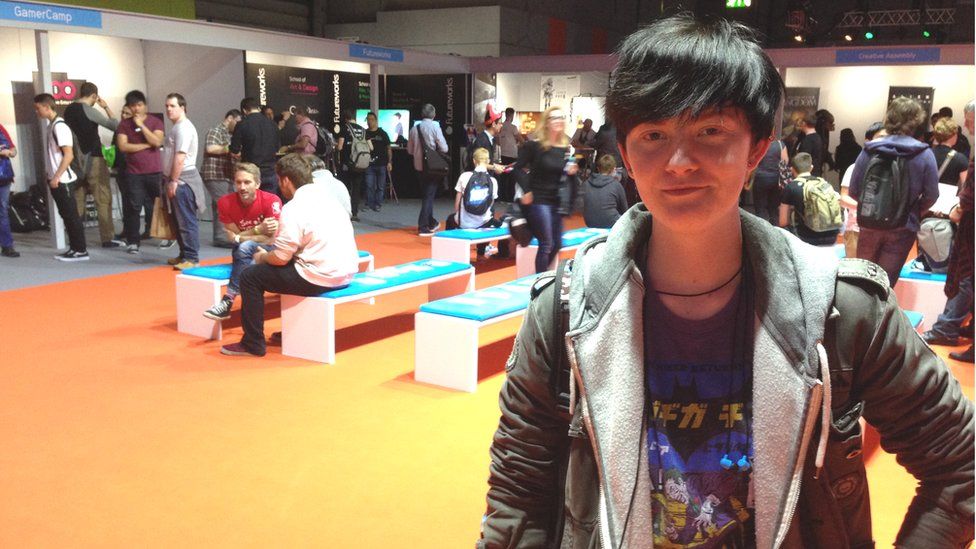 Image caption Tye is 18 and from Milton Keynes. She says wants to work in the industry because "I played games since I was a kid and I absolutely adore them. They've given me inspiration over the years"

Tip 5: Never give up

James tells us that gaming is "a tough business to get into."

He adds: "If you just expect to fall into the games industry, get a job and be successful then that's not going to happen.

"It's a lot of hard work so be prepared and never give up."