No video games. No internet. Just four walls, a bed, a tub, and a flickering old TV snatching whatever signals it can from the air. That’s the entirety of five-year-old Jack’s universe in Room, the new film from director Lenny Abrahamson. Jack has been there since birth, protectively cared for by his Ma (Brie Larson), who spins up stories to convince him that their life is perfectly normal; that there’s nothing wrong with being trapped in a 10-by-10 room for years while a mysterious stranger comes in every week to drop off supplies and hurt Ma.It’s a ghastly premise that sounds appropriate for a skeezy, low-budget exploitation film, but for Abrahamson (Frank), it’s the jumping off point for something much more powerful. Rather than focusing on the battle of victim and captor, it’s the story of after, of what happens when audiences are usually watching the movie credits roll. An impeccably acted exploration of the bond between mothers and sons — and the devastating long-term effects of violence — Room is upsetting and challenging; a film that is nearly impossible to watch at times. But that grim horror gives way to transcendence, turning one of the darkest movies in recent memory into an awe-inspiring act of beauty.

Based on Emma Donoghue’s best-selling novel of the same name (which she adapted herself), Room actually doesn’t even spend all that much time with our two main characters in captivity. When the film starts, Jack has adjusted quite well to the magical world Ma has created for him, cheerily greeting every piece of furniture in Room (to Jack, everything has a personality and a proper name). He’s simply living in a fairy tale, so when Ma — held captive since she was kidnapped seven years ago — decides he needs to escape and tells him the truth of their world, he fights it. He’s become dependent on her stories, just as she’s become dependent on him to stay sane.

But escape they do, and the world Jack and Ma find is not the one she remembers. Houses and families have changed, old friends have moved on; Ma is suddenly hit with the realization that while she was stuck away in that tiny room, life went on happening, and the romantic, happy ending she dared to envision simply isn’t possible.

The entire story hinges on the performances of Larson and Jacob Tremblay as Jack, and their work is truly astonishing (statements like that get thrown around a lot this time of year, but Room is the rare film that actually earns them). Tremblay evolves through a range of emotional colors over the course of the film, with more subtlety and nuance than any actor his age has any right to. As for Larson, her work is simply fearless; she’s honest and raw, both in the bond she’s able to create with Tremblay and in the way she shows Ma systematically falling apart. She disappears so completely into the role, that when Joan Allen shows up as her mother, I was briefly pulled out of the film — Hey, wait, what’s a movie star doing here? — but Allen and the rest of the supporting cast all ultimately do their part to cement the film’s reality.

Room often feels like it’s exploring uncharted territory, and that’s largely due to the genre sleight of hand it performs upfront. The horror of Jack and Ma’s predicament (and the thrill of their escape) is familiar, but we’re simply not used to watching characters deal with the fallout of these kind of events. There’s no scene in Silence of the Lambs where the senator’s daughter reintegrates into her life after being captured by Buffalo Bill; nobody knows what happens to Mills after the end of Seven. By taking the conventional and using it as the mere starting point, Room subverts expectations, leaving the audience grasping for familiar purchase as much as its lead characters are. 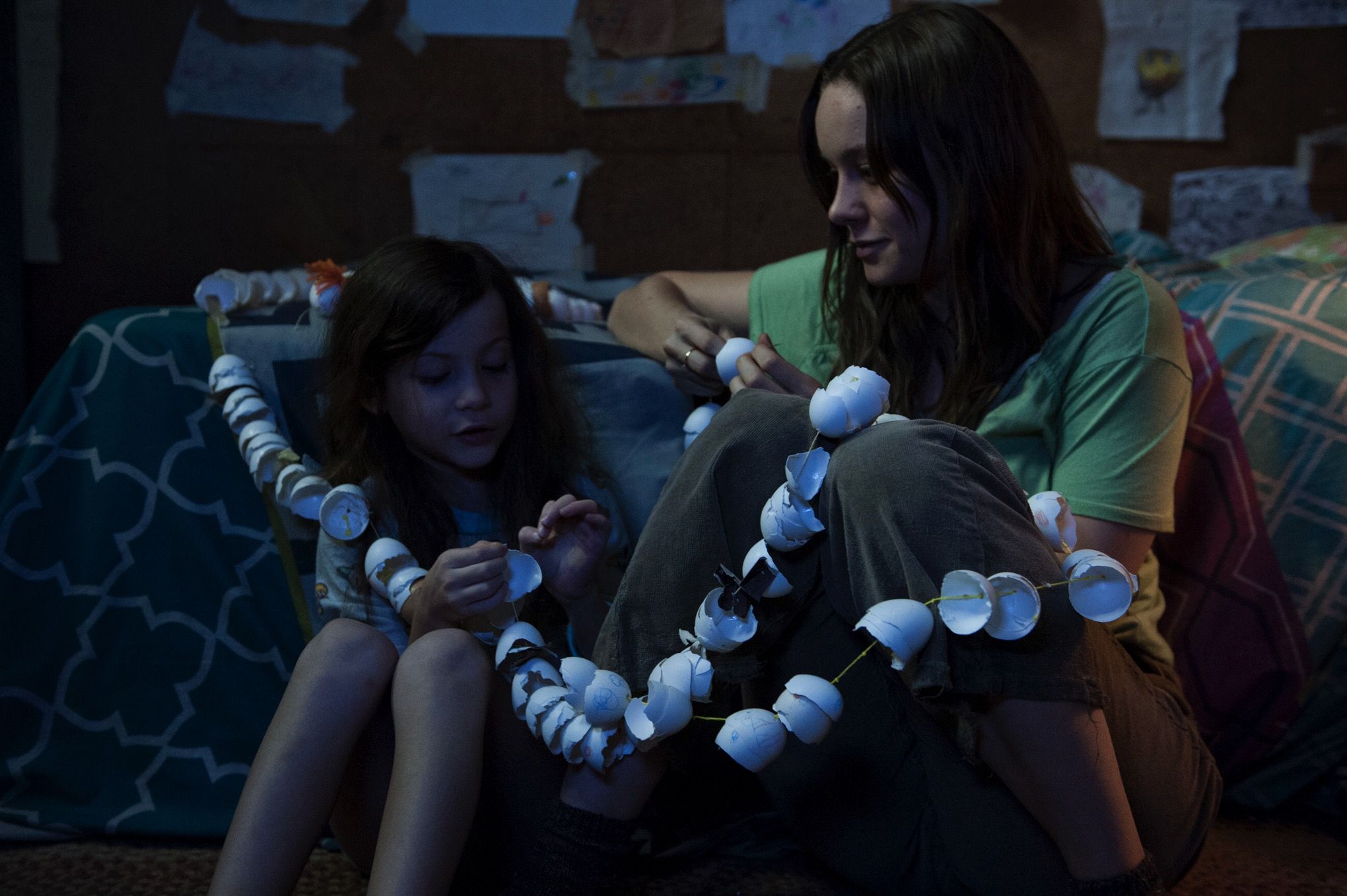 After the escape, a doctor tells Ma that it’s a good thing she got Jack out while he was still "plastic," and it’s a key moment that illuminates what Donoghue and Abrahamson are most interested in. Jack is just a child, so he’s ultimately able to transition to the real world without much issue (it’s a fair criticism of the film to say that it’s perhaps too easy), but he’s also serving as counterpoint. Ma is not plastic in the slightest, yet she doesn’t have the emotional experience to help her process what’s happened to her, so she becomes stuck between worlds. It’s a powerful portrayal of post-traumatic stress disorder, without question — but it’s also commenting on the deep connection between a parent and child, and how it’s tested over time. Jack, essentially, is growing up, and in a very real way he’s moving away from Ma. After keeping herself alive by focusing solely on protecting Jack while in Room, it’s as if she’s had her very reason for existing stripped away.

Despite the extremity of their circumstances, Abrahamson loves his characters,and wants to give them a happy ending (or what would pass for one in this world). It plays well in the moment, but after thinking the film over, I’d by lying if I didn’t say that Room feels a little too tidy when all is said and done, as if it thinks a brief moment of poetry can salve years’ worth of wounds. But that’s a good problem for a film like this to have; a testament to how richly these characters are drawn along the way. And thin though it may be, that ending sentiment is ultimately one of hope — the same kind of hope that saw Ma through her years of captivity and allowed her to raise her son and bring him to freedom. It leaves the characters and the audience with the same message: there is true horror in this life, but you can survive if you just hold on.

Room is now playing in limited release. It opens nationwide on November 6th.