For one night only, home rental website Airbnb is offering two brave souls the chance to win a Halloween stay in the Paris Catacombs -- the "world's largest grave."

They'll have the honor of being the first living people ever to do so.

Located 20 meters below street level, the Catacombs are a subterranean labyrinth of more than 300 kilometers of skull-lined tunnels -- although only a couple of kilometers are open to the public.

The walls are lined with the carefully arranged skulls and bones of the city's dead, the fragmented remains having been reinterred there during the 18th and 19th centuries after graveyards inside the city walls were closed due to public health concerns.

The Airbnb competition is a chance to spend a night cuddled up to six million of Paris's most distinguished residents.

At least they'll be quiet.

MORE: City of the dead: The hidden treasures of Paris cemeteries

Until now, the only overnight guests in Airbnb's newest Paris property weren't so concerned about comfort, but the sepulchral suite will be kitted out with a bed, dressing table and dining area.

The winners will get a private tour, an undefined "daunting culinary experience," and a storyteller to send them off to sleep (or sleeplessness) with some unpleasant bedtime tales.

House rules warn visitors not to "follow ghosts" through the tunnels as "you might never find the exit."

In 1793 Philibert Aspairt lost his way one night in the Catacombs. His remains weren't found until 11 years later.

Victims of the guillotine

Famous residents include guillotine victims Princess Elisabeth of France and Maximilien Robespierre, architect of the French Revolution and the subsequent Reign of Terror, who lost his own head after taking those of others.

Bones are grouped according to the cemeteries they came from.

Some are neatly stacked, while others are arranged to create patterns and pictures.

About 500,000 people visit the Catacombs each year -- but none have ever stayed overnight.

Mining engineer Louis-Etienne Hericart de Thury was responsible for the renovations that turned the bone-strewn caverns into a visitable mausoleum.

The archway inscriptions were also his idea.

Airbnb has paid up to 350,000 euros ($400,000) to privatize the Catacombs, which includes the financing of renovation works, according to the AFP news agency.

Measures have also been put in place to ensure the safety of participants and the preservation of the ossuary.

Anyone interested in a sleepover 20 meters below the Paris streets -- so deep that screams don't carry -- should visit the Catacombs' listing on Airbnb no later than October 20 at 11.59 p.m. (CET). 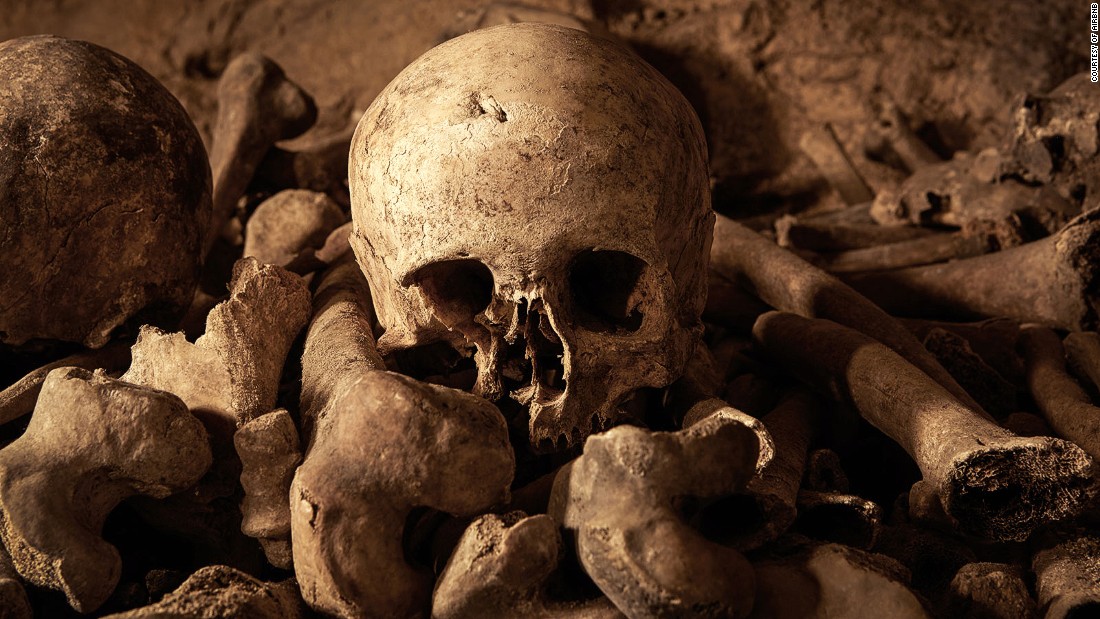 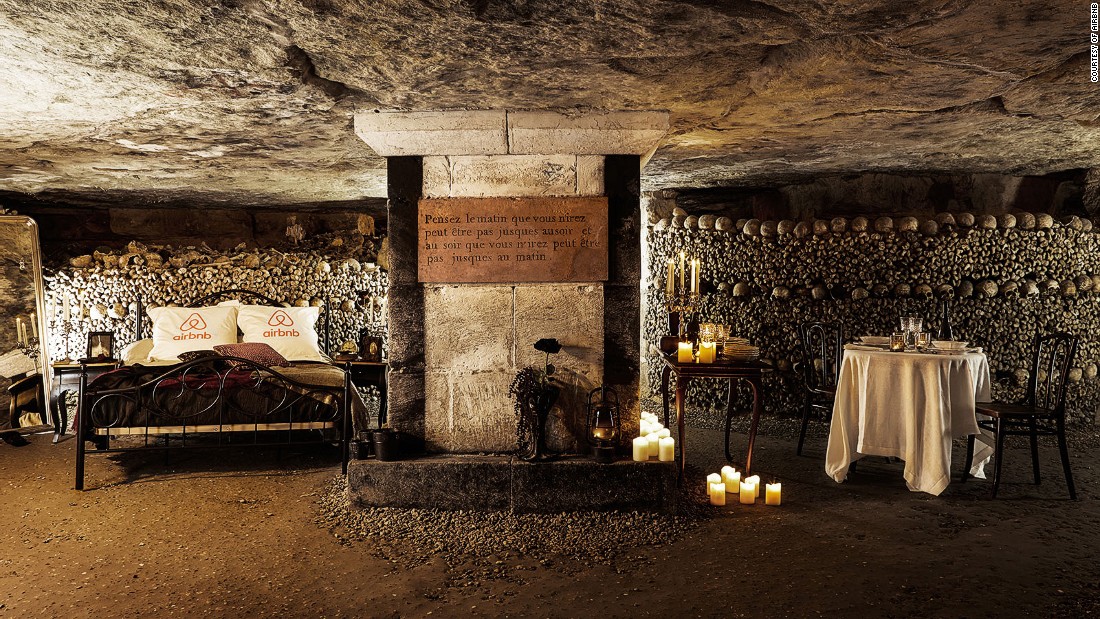 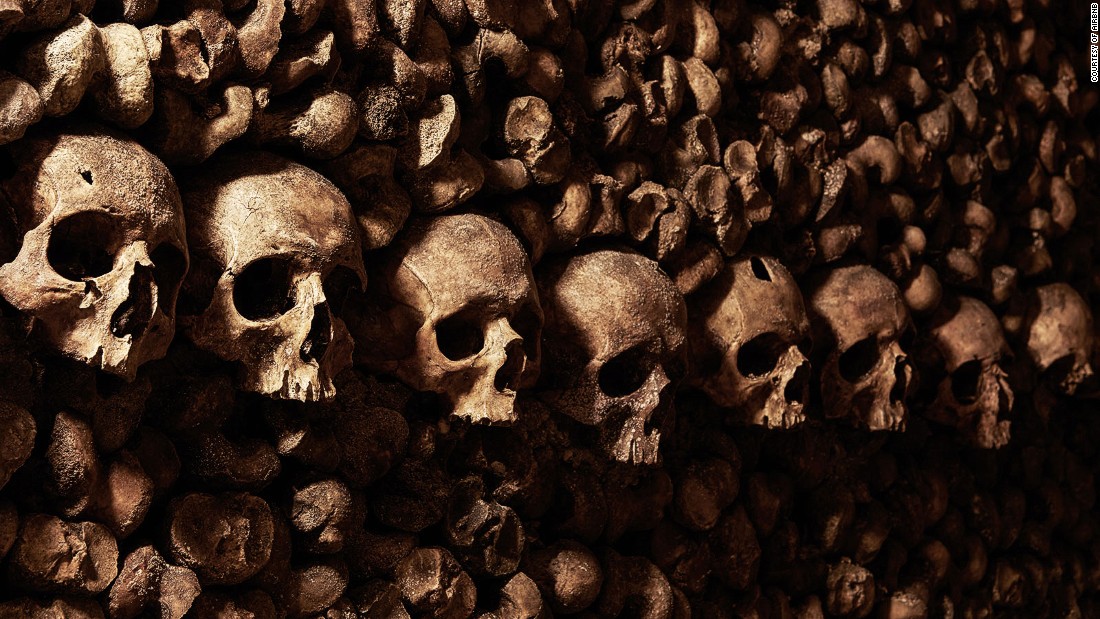 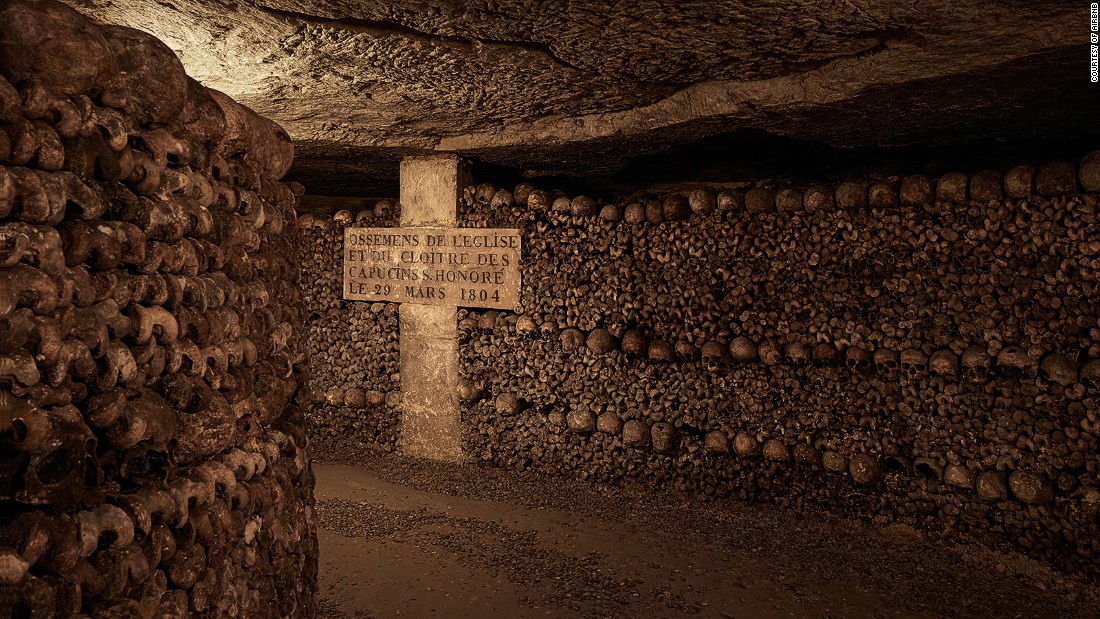 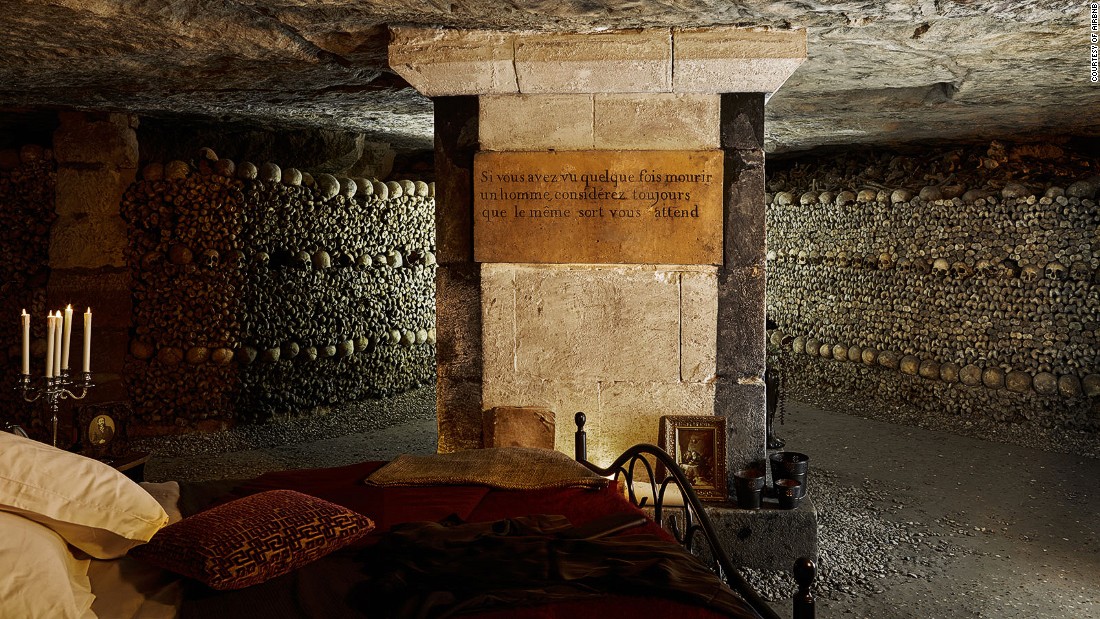 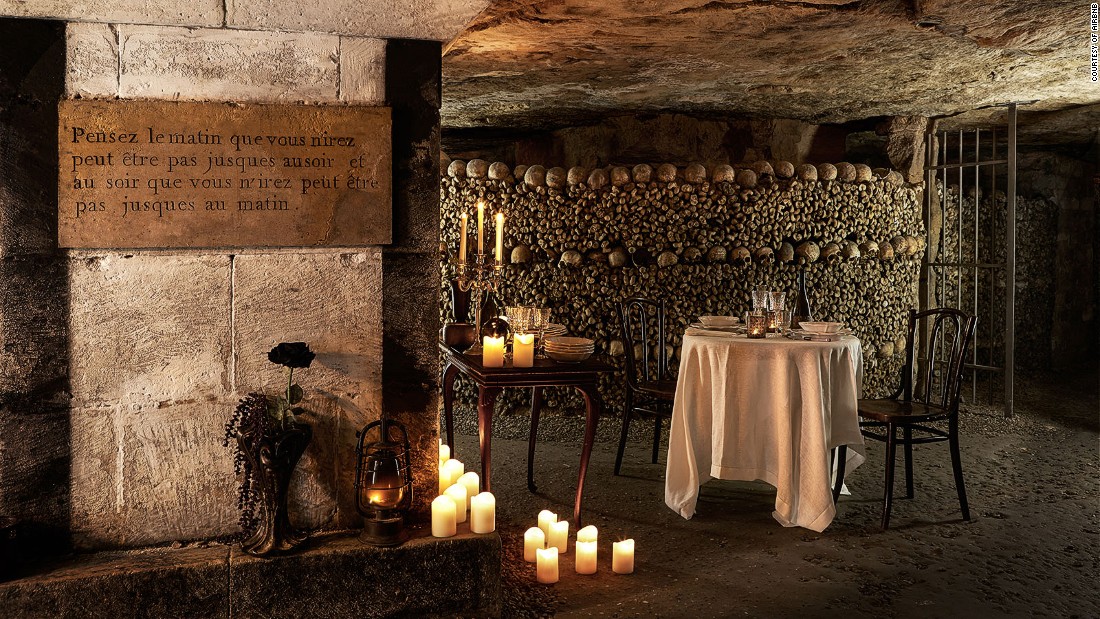 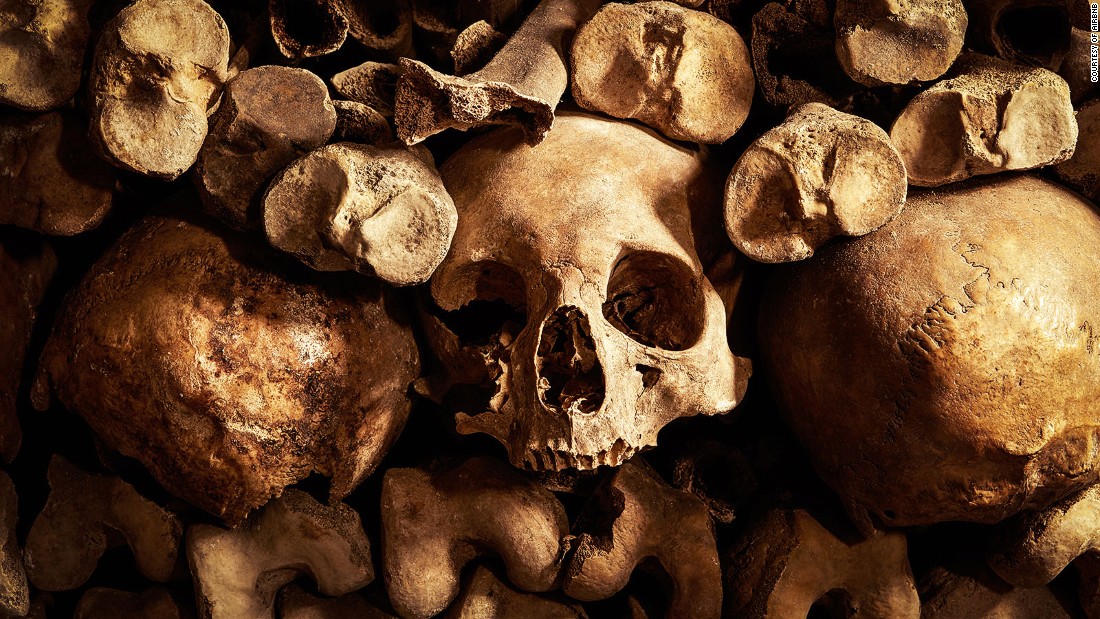 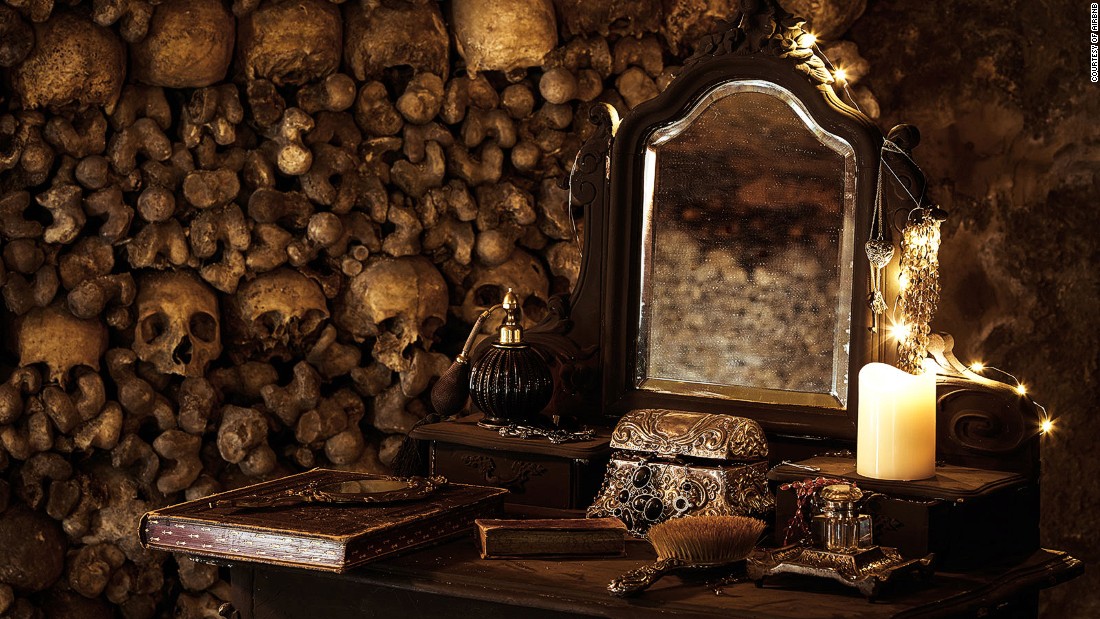 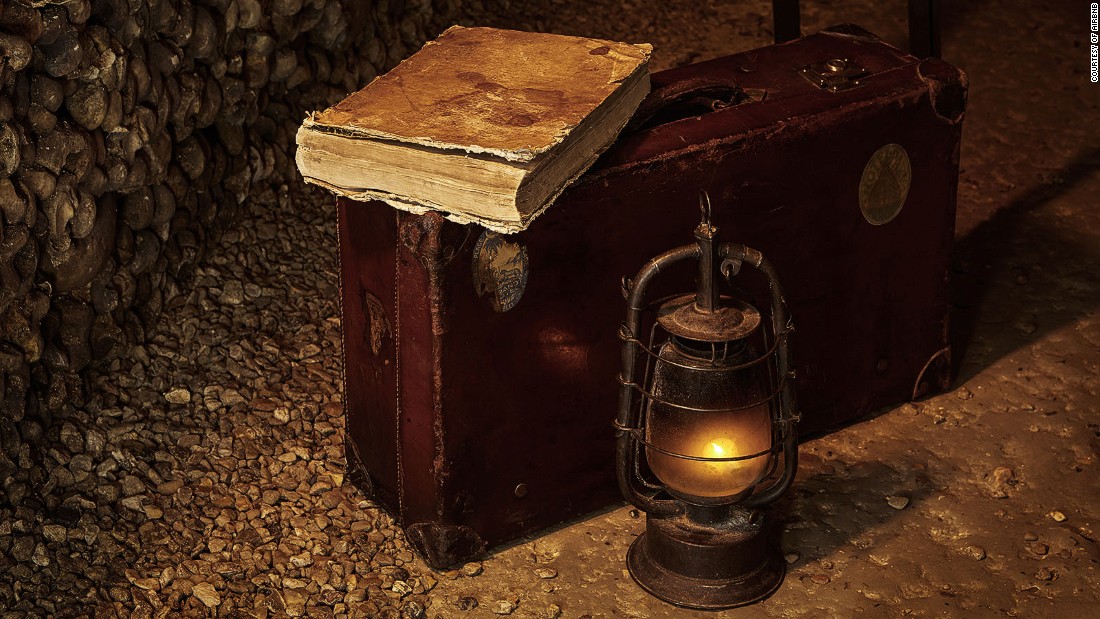