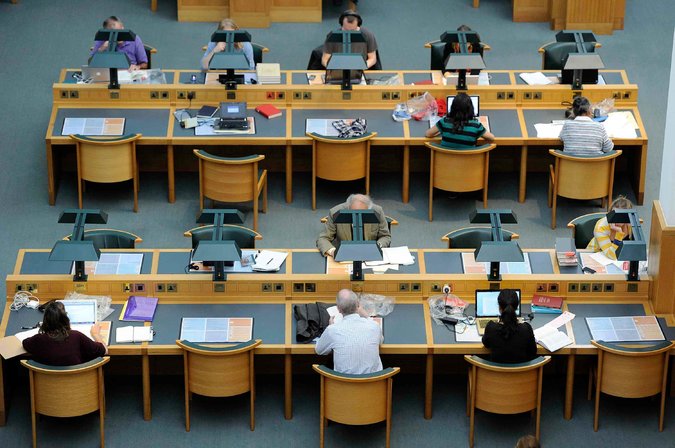 The British Library in London. Google has been building a vast digital library and has approached major research libraries about scanning and digitizing books from their collections.Credit Paul Hackett/Reuters

A United States appeals court ruled on Friday that Google’s effort to build a digital library of millions of books was “fair use” and did not infringe on the copyrights of authors.

“The purpose of the copying is highly transformative, the public display of text is limited, and the revelations do not provide a significant market substitute for the protected aspects of the originals,” Judge Pierre N. Leval of the Court of Appeals for the Second Circuit wrote, explaining the court’s decision.

The ruling affirmed a decision that was reached two years ago in a lower court. In that case, the court rejected the claims by the Authors Guild, a writers’ organization, that Google’s book scanning project is a commercial venture that violates authors’ copyrights and drives down sales by making portions of their work available online free.

This week’s court decision is the latest blow for the Authors Guild, which has been fighting Google for a decade.

A representative of the Authors Guild said the group planned to take the case to the Supreme Court.

“America owes its thriving literary culture to copyright protection,” Mary Rasenberger, executive director of the Authors Guild in New York, said in a statement. “We are very disheartened that the court was unable to understand the grave impact that this decision, if left standing, could have on copyright incentives and, ultimately, our literary heritage.”

Since 2004, Google has been building a vast digital library and has scanned more than 20 million books. The project began when Google approached major research libraries about scanning and digitizing books from their collections. The scanned books can be searched through the Google Books search engine, which allows readers to search books for keywords or phrases and read some snippets of text.

Google has argued that making books available to search online might actually bolster sales and introduce readers to hard-to-find and out-of-print books. In a statement, Google said: “Today’s decision underlines what people who use the service tell us: Google Books gives them a useful and easy way to find books they want to read and buy, while at the same time benefiting copyright holders. We’re pleased the court has confirmed that the project is fair use, acting like a card catalog for the digital age.”