NEW YORK AT&T Inc said on Friday it has partnered with Uber to roll out connected car rides in four cities for a limited time to let passengers watch college football games live from tablets in the backseat during their trips.Since wireless company AT&T acquired satellite-TV provider DirecTV in July for $48.5 billion it has stepped up its focus on offering video content on TVs to mobile devices. With this Uber initiative, AT&T is testing the appetite for video content in connected cars.Under the partnership, ten Chevrolet Tahoe cars with AT&T wireless connectivity will do the rounds on four Saturdays in Detroit, Nashville, Houston and Atlanta in October and November, company spokesman Brett Levecchio said.The vehicles will have four tablets in the back of headrests, wireless headsets and phone chargers.Riders can watch a livestream of football games through AT&T's U-verse TV app on tablets connected to its 4G LTE network, AT&T said in a statement.Most Americans already own a mobile phone, and the U.S. wireless industry hopes to tap into new revenue streams such as connected cars and devices for growth. Besides providing the essential pipes that deliver data, telecom players such as AT&T are looking to extract revenue from content.AT&T has signed up nine automaker partners, including General Motors Co, Audi AG and Ford Motor Co, to hook up cars with Internet access. AT&T executives have said they have plans to bring exclusive content such as videos and games that can be streamed onto personal mobile devices to connected car users. Uber riders can hail these connected cars by clicking on a custom tab in the ride-sharing app for no extra charge, Levecchio said. In a few cities, football stars such as former Pittsburg Steelers player Jerome Bettis and Dat Nyugen, formerly of the Dallas Cowboys and Texas A&M University teams, will make surprise appearances in cars, he added. (Reporting by Malathi Nayak; Editing by Andrew Hay) 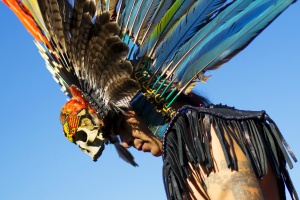