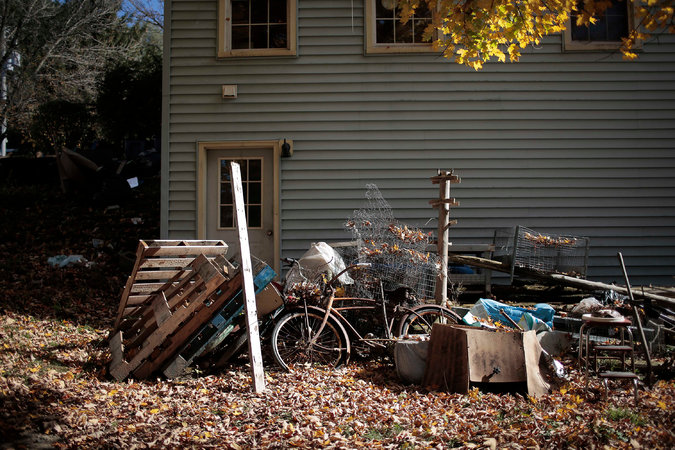 The backyard of the Leonard family's home in Clayville, in central New York.Credit Nathaniel Brooks for The New York Times

CLAYVILLE, N.Y. — The pastor of a secretive church in central New York was holding a meeting to address concerns that a teenage congregant wanted to defect when other church members began to beat the teenager in an attack that eventually stretched over 10 hours, a prosecutor said on Thursday.

The congregant, Lucas Leonard, 19, later died, and his younger brother, Christopher Leonard, 17, remained hospitalized on Thursday with serious injuries inflicted during the beating, which, the authorities said, started after Sunday services and lasted until early on Monday. The teenagers’ parents were charged with manslaughter in the death, and a half sister was charged with assault.A police spokesman said counseling sessions like the one that preceded Lucas Leonard’s death were a routine practice at Word of Life Christian Church, in the town of New Hartford, N.Y., and were meant to deal with questions about adherents’ spiritual standing. But the spokesman said investigators had no indication that the sessions had led to beatings before.Photo 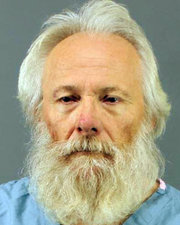 Defense lawyers for the teenagers’ parents, Bruce T. Leonard, 65, and Deborah Leonard, 59, offered a sharply different account of the meeting, describing it as a family gathering to discuss the teenagers’ behavior toward relatives and church members. A lawyer for Ms. Leonard, Devin Garramone, said, “It had something to do with the boys maybe touching some of the other children in the church.”

But the police spokesman, Lt. Timothy O’Neill of the New Hartford Police Department, said the Oneida County Child Advocacy Center had thoroughly investigated suggestions of sexual abuse by the teenagers and deemed them “completely unfounded.” The advocacy center conducted interviews and medical examinations, Lieutenant O’Neill said, adding that “there’s been no evidence whatsoever to suggest there was any molestation committed by either of these young men.”

Interviews with investigators and defense lawyers on Thursday yielded a portrait of a controlling, meddlesome church whose members sought to handle any problems internally.

The meeting was orchestrated by the pastor, Tiffanie Irwin, 29, who called the teenagers into a sanctuary of the church’s three-story former schoolhouse, the authorities said. Her mother, Traci Irwin, is the congregation’s spiritual leader, and the congregants refer to her as Mother.

The beating began around 9 p.m. on Sunday and lasted until roughly 7 a.m. on Monday, the prosecutor, District Attorney Scott D. McNamara of Oneida County, said on Thursday. The teenagers were punched and kicked in their stomachs, genitals, backs and thighs.

Mr. Garramone said the brothers had also been beaten with a folded-over electrical cord. He said his client, Ms. Leonard, had been helpless to stop the violence, as congregants in thrall to church leaders watched as the brothers were beaten. 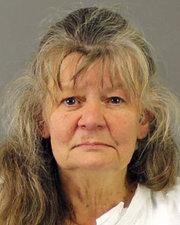 “They were being confronted to confess their sins and to repent,” Mr. Garramone said, referring to what he said was the leaders’ belief that the teenagers had touched others inappropriately.

“I think it goes to the person who’s in charge, who has the arrogance and hubris to conduct that type of intervention to begin with,” he added, referring to Tiffanie Irwin. “It’s not their place.”

He said Ms. Leonard had failed to speak up but did not inflict injuries that caused her son’s death.

“What started as some mild flogging spun out of control into something much more violent,” Mr. Garramone said.

The Irwins, who have posted advertisements online for Parti Yorkies they have bred, could not be reached for comment. 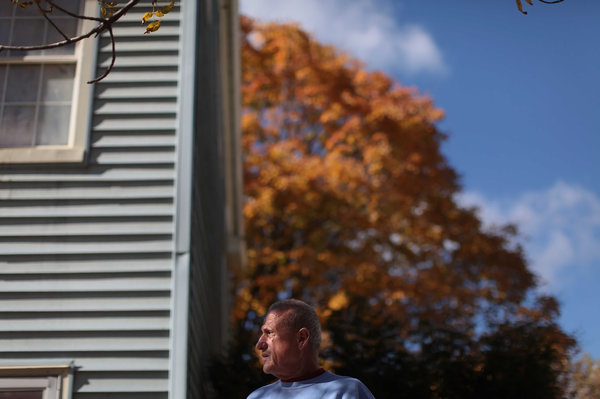 James Constantine, 70, has lived a few doors down from the family for about eight years. He said Lucas Leonard, who was killed, was a “nice, polite kid.”Credit Nathaniel Brooks for The New York Times

At a hearing scheduled for Friday, prosecutors are expected to present more evidence related to the manslaughter charges filed against the parents. Four church members, including the teenagers’ half sister, Sarah Ferguson, 33, were also charged with assault for beating the younger brother. Mr. McNamara said he expected to ask a grand jury to consider additional charges.

A lawyer for the elder Mr. Leonard, Donald Gerace, denied on Thursday that the meeting was called over concerns that one of the teenagers had threatened to leave the church. Mr. Gerace also said the beating had not lasted 10 hours. He said rumors had trickled out at the church about misbehavior by the brothers, prompting the pastor to call what he described as a “family event.”

Mr. Gerace said the church was a traditional place of worship that held services, Bible study sessions and outreach for disadvantaged people. Lucas’s parents, he said, drove their son to the hospital when “they realized he was in distress” on Monday.

He added that the serious injuries the teenagers sustained were “not what was intended by my client or, I believe, by the mother of Lucas.”

The Leonard family lives in the village of Clayville, several miles from the church, in a blue house with a disheveled front yard that on Thursday had a bird bath with dirty water and overgrown rose plants. The backyard, which slopes down to railroad tracks, is littered with lumber, rusted bicycles and a deflated kiddie pool, and has a fenced-in run where a black Labrador could be seen.

One neighbor, James Constantine, said Lucas Leonard would regularly take care of his dog when Mr. Constantine and his wife were out of town. Lucas, he said, was a “nice, polite kid” who liked to play soccer. 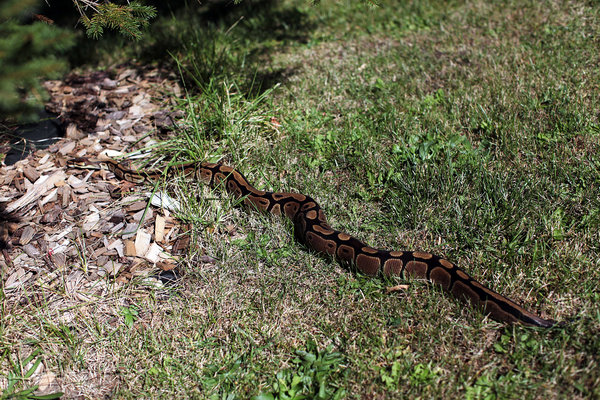 A neighbor's ball python slithered through a yard on the street where the Leonard family lives.Credit Nathaniel Brooks for The New York Times

There were signs, though more pronounced now, that something was different about the Leonards, he said: The family did not decorate for Christmas, and on Halloween, they would shut their lights and not hand out candy. And the house was “filthy,” said Mr. Constantine, who said he had lived a few doors down from the family for about eight years.

He and other neighbors said they would regularly talk to Ms. Leonard, who would sometimes borrow sugar or lend an onion. But the children, even the older ones, did not seem to be allowed to watch television, Mr. Constantine said. Once, he said, his wife had given them a Disney cartoon, but they were not allowed to watch it because “Mickey Mouse never married Minnie Mouse.”

Neighbors described Mr. Leonard as distant and taciturn. Sometimes, Mr. Constantine said, when he or his wife would talk to Ms. Leonard, he would emerge from the house. “If she was out here too long, talking to my wife and I, he’d come out and say, ‘You better come in now,’ ” he recalled.

However eccentric Mr. Leonard may have seemed, his behavior did not cause alarm. If anything, the family appeared to fit in on their quiet street, with its modest homes and American flags waving from porches and utility poles.

Mr. Leonard had worked for the Utica City School District since 2007; since 2010, he had worked at Proctor High School as a teaching assistant in the special education program, the principal, Steven Falchi, said.

He worked with profoundly and severely disabled children, Mr. Falchi said in a telephone interview on Thursday.

“He was very caring, and he showed a great deal of compassion for the students he worked with,” he said. “We were surprised to see this happen.”

Asked about Mr. Leonard’s employment status, Mr. Falchi said that “he’s not employed by the district.” He declined to comment further.