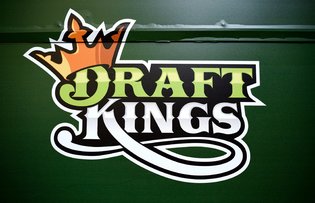 Websites like DraftKings and its competitor FanDuel have faced intense scrutiny in recent days, including federal and state inquiries into their business practices.Credit Justin Lane/European Pressphoto Agency

Nevada regulators ruled on Thursday that playing daily fantasy sports should be considered gambling, not a game of skill, and ordered websites like DraftKings and FanDuel to stop operating immediately in the state until the companies and their employees receive state gambling licenses.

It is perhaps the most significant setback yet for a booming, unregulated industry that has spent the past two weeks in the midst of allegations that have prompted federal and state investigations into whether its employees, armed with inside information, exploited paying customers.DraftKings and FanDuel, each valued at more than $1 billion, have operated under an exemption to the Unlawful Internet Gambling Enforcement Act of 2006, which outlawed online poker and sports betting. Five states have prohibited them from operating, but none are as powerful and influential as Nevada, which has long been a bastion of legal gambling, operates under strict regulation, and has the nation’s only active sports betting.Continue reading the main story Wired for Profit

“The Nevada Gaming Commission concluded that daily fantasy is gambling and needs to be licensed here,” said David Gzesh, a Nevada lawyer specializing in gambling and sports law. “It should give other state’s pause because if it’s perceived as sports gambling here, no other state can offer it when it violates federal law.”

Nevada also seemingly has the most to lose; its casinos have lacked the ability to stretch across state lines on the Internet, as daily fantasy sites have, to attract a wider, younger audience.

“It’s self-serving, but that is what the agency is designed to do — ensure an environment where the state’s licensed operators have the best chance of success, and part of that mission is to address forms of alternative gambling that fall outside the umbrella of regulation,” said Chris Grove, who writes the influential blog Legal Sports Report.

The Nevada commission said operators of the state’s sports books may offer daily fantasy games if they wanted, but warned about their associations.

“Although Nevada gaming licensees who have received approval to operate a sports pool may expose D.F.S. for play themselves in Nevada (in compliance with all applicable statutes and regulations), such licensees should exercise discretion in participating in business associations with D.F.S. operators that have not obtained Nevada gaming approvals,” the group said in a statement.

FanDuel, in a statement, criticized the decision by the Nevada commission. “This decision,” the statement said, “deprives these fans of a product that has been embraced broadly by the sports community, including professional sports teams, leagues and media partners. We are examining all options.” The statement concluded by saying, “In the interim, because we are committed to ensuring we are compliant in all jurisdictions, regrettably, we are forced to cease operations in Nevada.”

Bryce Mauro, a college junior, says he makes six figures from legal, but unregulated, betting on daily fantasy sports. An exclusive video by the PBS series “Frontline” in association with The New York Times.

A statement from DraftKings said the company also strongly disagreed with the decision. It added: “We understand that the gaming industry is important to Nevada and, for that reason, they are taking this exclusionary approach against the increasingly popular fantasy sports industry.”

Nevada’s decision to block daily fantasy sites also raised the stakes in New Jersey’s battle against national sports organizations to make sports betting legal in the state. On Wednesday, a federal appeals court in Philadelphia agreed to reconsider its decision to prohibit gambling on games. In August, judges held in a 2-to-1 decision that New Jersey’s efforts to allow casinos and racetracks to take bets violated the federal Professional and Amateur Sports Protection Act, or Paspa, which was passed in 1992.

Now, in a process known as en banc, at least 12 of the 23 judges in the Third Circuit in Philadelphia will rehear oral arguments and review supplemental briefs. In the New Jersey case, the professional sports leagues argued that sports betting would threaten the integrity of their games. But the leagues and individual owners have been among the biggest supporters and most substantial investors in the industry. The N.B.A. has a stake in FanDuel, and Major League Baseball and the N.F.L. team owners Robert K. Kraft of the New England Patriots and Jerry Jones of the Dallas Cowboys have stakes in DraftKings.

“The irony is that the N.F.L. and other leagues are filing against New Jersey while at the same time it’s supporting daily fantasy,” Mr. Gzesh said. “If they maintain the suit in New Jersey, it sure looks like they are trying to have it both ways.”

Agents for the Federal Bureau of Investigation have made inquiries into the practices of daily fantasy sports websites, with a focus on Boston-based DraftKings, after players of the games and lawmakers made allegations of predatory tactics and questioned the use of insider information, according to fantasy players who said they had been contacted by investigators.

The F.B.I. began contacting several prominent competitors in the contests, the players said, shortly after an employee of DraftKings admitted to inadvertently releasing data before lineups for the start of the third week of N.F.L. games were locked in. The employee, a midlevel content manager, then won $350,000 at a rival site, although DraftKings said he did not have an advantage.

The New York attorney general’s office has begun an investigation into whether the companies used fraudulent practices as lawmakers have called for congressional hearings and third-party regulation.

“Where this is all heading is mounting pressure to regulate daily fantasy games,” said Daniel Etna, a sports law expert and partner at Herrick, Feinstein. “And that will be the worst result for DraftKings, FanDuel and the whole industry.”