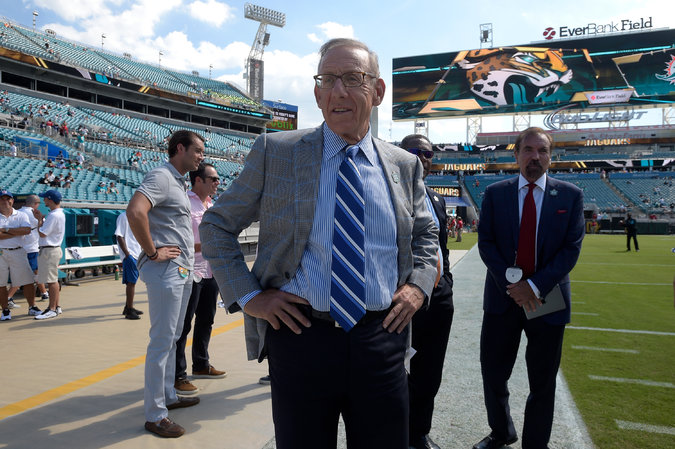 The Dolphins owner Stephen M. Ross, at a Miami game last month, is behind the Ross Initiative in Sports for Equality center.Credit Phelan M. Ebenhack/Associated Press

Stephen M. Ross, owner of the Miami Dolphins, will unveil a nonprofit organization on Friday that intends to use athletes and sports to combat racism and discrimination, an effort that has the support of the country’s largest broadcasters and sports leagues.

The Ross Initiative in Sports for Equality will begin running public service announcements during football games this weekend that will, over time, feature some of the biggest names in sports, including Tom Brady, Stephen Curry and LeBron James, talking about the need for tolerance.The organization is also developing educational programs to teach coaches, players and parents about respect and diversity, and starting a social media campaign to encourage fans and athletes to take a pledge to fight prejudice.Ross said that sports unify Americans like few other activities, and athletes — with their visibility and popularity — can help spread the message of inclusiveness.“Sports is the common denominator in the world that brings everyone together,” said Ross, who is also a director at the Jackie Robinson Foundation. “If there’s any one place in the world where there is equality, it is probably sports. That was something that didn’t always exist. We’ve come a long way in sports. Why can’t society use sports as a way to bring people together and create change?”Photo 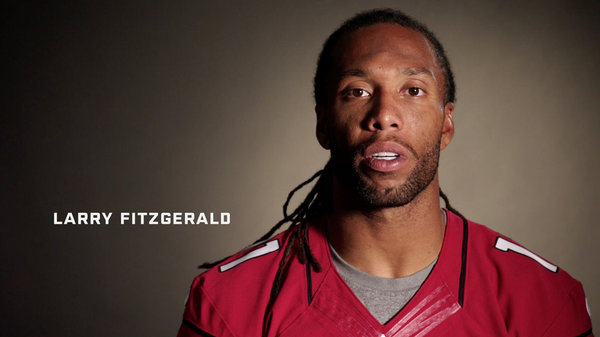 Cardinals receiver Larry Fitzgerald is among the athletes in public service announcements.Credit RISE

Sports leagues address a host of social issues with players, especially rookies, during training camps and at other times. While they also promote youth sports, environmental stewardship and the fight against cancer, they do not always speak in one voice about contentious topics like racism.

With the leaders of the N.C.A.A., Major League Baseball, the N.B.A., the N.F.L., the N.H.L. and other leagues on the group’s board of directors, Ross’s initiative represents one of the most concerted efforts in sports to tackle racism.

Ross declined to specify how much he is spending on the organization, but said it is a long-term venture that may ultimately receive financial backing from sports leagues. The top executives from CBS Sports, ESPN, Fox Sports, NBC Sports and Turner Broadcasting are expected to donate airtime for the public service announcements, starting with one this weekend featuring N.F.L. players. Academics who specialize in race and sports are advising the group.

Experts in social advocacy applauded the effort to raise awareness, but said that for that message to resonate, meaningful action must follow.

“Talk is not unimportant,” said Leslie Lenkowsky, a professor of philanthropy at the School of Public and Environmental Affairs at Indiana University. But “they can make a bigger difference by getting out and doing things.”

Ross’s initiative had its genesis in one of his darkest moments as a team owner. In 2013, Jonathan Martin, a second-year offensive lineman on the Dolphins, left the team in the middle of the season and accused several teammates of bullying him and using racial slurs. The scandal rocked the team and cast the typical N.F.L. locker room as an intolerant workplace.

Not long after, Ross, a billionaire who made his fortune developing real estate, went to Detroit to meet the governor of Michigan and other officials about addressing the seemingly intractable problems there. He recognized that racism and discrimination were at the core of the city’s poverty and its economic problems.

“I thought when all the events happened, I could either bury my head in the sand or do something about it,” said Ross, who grew up in Detroit.

For decades, athletes from Jackie Robinson to Muhammad Ali to Michael Sam have taken public stands on contentious social issues, sometimes prompting severe criticism. Last year, five members of the St. Louis Rams ran onto the field before a game with their hands raised, a response to the killing in Ferguson, Mo., of Michael Brown, an unarmed 18-year-old who was shot by a police officer. The St. Louis Police Officers Association, which represents officers in Ferguson, demanded that the team and the N.F.L. apologize, and the players be disciplined.

Rob Manfred, the commissioner of M.L.B., said that while players are sometimes criticized for their views, by and large the public wants to hear what they have to say. “I do believe fans want access to players, to know what they think on issues other than what happened in today’s games,” he said.

The effort to confront discrimination may also benefit the leagues if it underscores the need for tolerance in locker rooms, where players come from many countries and cultures.

“We bring in diversity consultants to speak to players, and in our case, it’s even more important for us because we have so many languages spoken,” said Don Garber, the commissioner of Major League Soccer, which has a program called Don’t Cross the Line that urges fans to treat each other with respect.

Players in the future will feel more comfortable speaking out on race and discrimination because their employers — the leagues — have effectively endorsed Ross’s new group, said Ndidi Massay, its executive director.

“We’re a platform, a safe platform, where the leagues are involved and teams are supported and they won’t get any backlash,” she said. “They’re not just out there on their own. That’s the power in numbers.”

Still, while curing cancer or eradicating domestic violence are clear if elusive goals, eliminating racism is a more difficult challenge.

Kenneth Shropshire, who teaches at the Wharton School at the University of Pennsylvania and studies race and sports, is working with Ross’s nonprofit organization to develop a curriculum for coaches and teenage athletes. He said it would be possible to gauge the success of the curriculum with surveys, but acknowledged that some schools or sports programs will object to having to use the lesson plans.

Troy Vincent, the executive vice president of football operations at the N.F.L., echoed that sentiment, but said that should not stop the effort to raise awareness.

“We understand that this comes with criticism,” he said, “but what’s wrong with trying?”