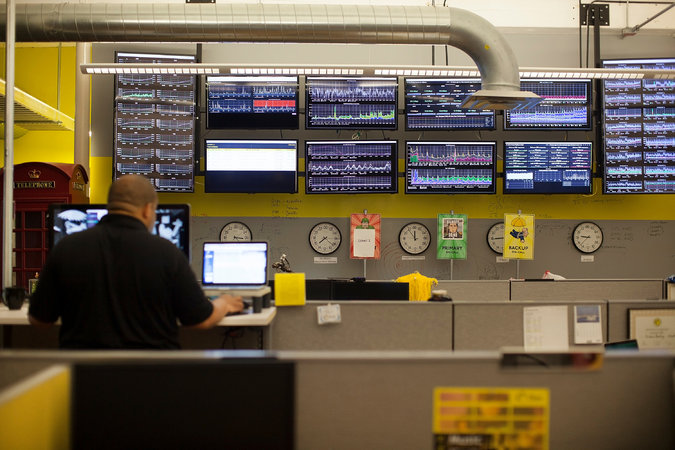 It is easy to believe, and often said, that the Internet is everywhere and nowhere — that it is a kind of data-delivery system based on programming logic, not physical hardware. But the data always originates somewhere in the enormous mass of equipment that makes up the global Internet.

“Every single part of the Internet is real and expressed physically,” said Bill Woodcock, executive director of Packet Clearing House, a nonprofit organization focused on Internet infrastructure and security.“If you’re logging into something, there is a real server that can be touched,” Mr. Woodcock said.Two websites that reporters for The New York Times tracked as test cases were BetCRIS.com, which has been named in multiple federal indictments, and BetOnline.com, a popular site in the United States, according to traffic data.Going directly from a website name to a physical location is usually not possible on the Internet, with a logical addressing system that makes no reference to geography.Continue reading the main story Wired for Profit

So The Times used a two-step process: First, reporters used commercially available tools, and Internet routing data from several sources, to learn what entities are delivering content for the websites. The second step was to locate those entities — often they are companies that operate equipment within the Internet — at a street address.

In addition, reporters consulted with two academic research groups, the Center for Applied Internet Data Analysis at the University of California, San Diego, and the Duke University department of computer science, to confirm some broad findings — for example, whether content for a website was delivered from inside or outside the United States.

The key to pinpointing physical locations was something called an “autonomous system number,” often referred to in shorthand as an A.S. This acts as a kind of unique serial number that helps companies recognize one another across the Internet.

When a user types in a domain name corresponding to a website, the Internet addressing system provides the A.S. that is hosting or routing the site or otherwise delivering its content. The A.S. usually corresponds to a specific company — say, one of the so-called content delivery networks that operate servers around the world.

Identifying the A.S. with the routing data “is something you can scientifically test and verify,” Mr. Madory said.

From there, The Times used a variety of techniques to find physical addresses. For example, reporters examined publicly available databases in which companies list the locations of their equipment in various data centers.

Continue reading the main story Graphic The Deception Behind an Illegal Bet A reporter placed 15 bets on baseball, football and other sports with a Panamanian gambling website, BetOnline. Here’s how it worked. 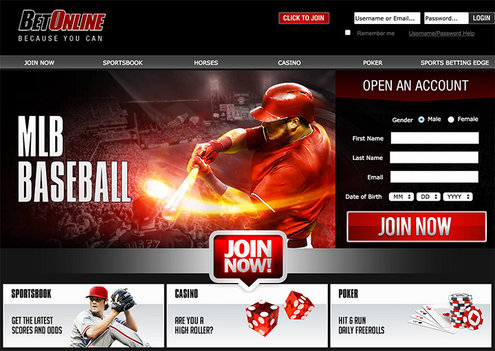 Reporters and their sources also used an Internet-based technique called “tracerouting.” A traceroute, as the term implies, is sent out as a probe, say to a specific website associated with an A.S. Much like the sonar pings a bat sends out to navigate, traceroutes return with data on the spatial location of the site.

BetOnline advertises itself as a Panamanian site and BetCRIS has long been registered in Costa Rica. But by tracking the websites in the United States, The Times learned that American customers primarily reached them through a pair of secure portals, one located at a data center in Ashburn, Va., and other in a similar facility in San Jose, Calif.

The portals exist to route traffic quickly and protect the website from hacker attacks. Internet data show that the equipment is operated by a company that was acquired last year by Akamai, a highly respected company that was the first major content delivery network and still dominates the market.

Akamai publishes a strict “acceptable use policy” that prohibits it from hosting or delivering content for illegal sites like online gambling outfits. In July, shortly after being notified of The Times’ findings, Akamai said it had terminated its service to BetOnline and BetCRIS. Internet data confirmed the moves.