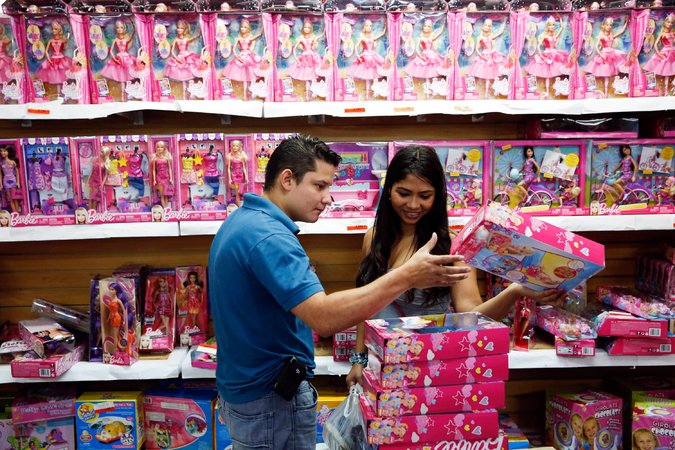 When Hello Barbie starts talking to children, Mattel hopes she can persuade them to buy her.

Slumping sales of Barbie and other toys helped push Mattel’s profits down 33 percent in the third quarter.

The declines reflect the continuing troubles for a global toy giant that has struggled to stay relevant in an increasingly digital world.

In a statement, Mattel’s chief executive, Christopher Sinclair, said the results were “broadly in line” with the company’s expectations.

In the time before iPads, robotic pets and interactive Yoda dolls, Mattel was the undisputed toy industry leader. But the company has faced competition in recent years from newer, nimbler upstarts that can more quickly adapt to evolving trends and technology.

Barbie, once a mainstay in little girls’ bedrooms, has struggled to maintain relevance. Barbie sales fell 16 percent in 2014, while the company’s overall sales fell 6 percent. 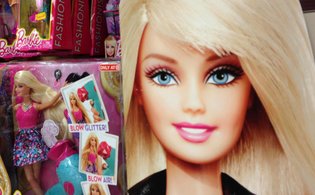 Mattel also faces the loss of Disney Princess, one of the company’s most lucrative licensing deals, which is expiring next year.

Shares of Mattel were roughly flat in after-hours trading. The company’s stock price has dropped nearly 30 percent this year.

Mattel is under pressure to show investors that it can be as innovative and quick-to-market as the competition. Much of that pressure has fallen on Richard Dickson, Mattel’s chief operating officer and one of its key creative executives.

In November, Mattel plans to introduce Hello Barbie, an interactive, Wi-Fi-connected doll that will retail for $75. In February, it announced a partnership with Google to create the View-Master, a virtual reality headset.

“You don’t look at those products as being the silver bullet that saves the company, you look at them as being an example of what these guys are going to do in the future in terms of product development,” said Gerrick Johnson, an analyst with BMO Capital Markets.