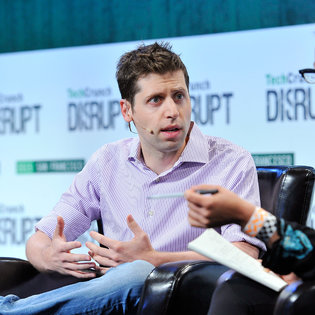 Y Combinator, a so-called start-up incubator, has long been known as a Silicon Valley hub for promising technologists who want to turn budding ideas into adolescent companies. Now, the incubator wants to help those companies grow into young adulthood.

To that end, Y Combinator announced on Thursday that it had raised a $700 million fund aimed at investing in later-stage companies. The move is a departure from the incubator’s traditional focus on early-stage funding, or “seed rounds.”

“Our mission at YC is to be the organization that enables the most innovation in the world,” Sam Altman, president of Y Combinator, said in a blog post announcing the fund. “Capital — especially long-term capital willing to invest outside of the current trends — is an important ingredient in that mission, and I’m excited we are now able to better support some of our companies.”

The new fund, which is called the Y Combinator Continuity Fund, will be run by Ali Rowghani, a former chief operating officer at Twitter who joined Y Combinator as a part-time partner last year.

Traditionally, Y Combinator accepts batches of start-ups twice a year in a semester-like system and gives them money, advice and access to a vast network of start-up founders and technologists who can advise them. Y Combinator also makes a $120,000 investment into each of the companies. For that monetary investment and the other help, Y Combinator is typically granted a 7 percent stake in each company.

After the start-ups “graduate” from the process, founders have been left largely on their own — any additional financing coming from outside investors. The founders can continue to use the Y Combinator network for advice and experience.

That process won’t change. But with the new fund, Y Combinator will be able to participate in subsequent financing rounds of these companies after they graduate. The firm’s ownership stake could therefore increase even years after the start-ups have left the incubator.

Increasing its ownership stake in some start-ups over time could prove lucrative for the firm, which has been home to such companies as Airbnb, Dropbox and Stripe. But it could also put Y Combinator in the precarious position of picking some of the more promising companies in its classes over others.

Mr. Altman said the company would participate in later funding rounds for all Y Combinator companies that raise another round at a valuation of up to $300 million. The firm will be more selective about investing in companies valued above that.