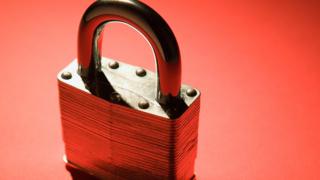 JPeg pictures could soon have built-in restrictions making them harder to copy, if recommendations by the body overseeing the format are implemented.

The Joint Photographic Experts Group (JPeg) committee has called for controls over how image data in .jpg files is accessed.

It is thought this would protect copyright and safeguard the privacy of people in images.

However, rights groups have said the features might harm creativity.

In an online summary of the proposals, the JPeg committee said photographs were often redistributed without relevant rights information attached, so they could easily be copied or published again without permission.

And in some cases, the privacy of the photographer could be compromised if metadata embedded in the images, which could include the geo-location of wherever the photo was taken, was accessible.

"Currently, these concerns are not well addressed and [are] an inhibiting factor in the further proliferation of digital content distribution," the JPeg committee briefing said.

The JPeg committee has no concrete plans to change the JPeg format yet, but hopes to seek technological solutions once the specifics of the new proposals have been decided, according to convener of the committee Touradj Ebrahimi.

Speaking to the BBC, Dr Ebrahimi said whatever changes might be made, JPeg files would still be freely shareable if their authors wanted them to be.

"One thing that's important to note is that this is not something we're imposing," he said.

"We are just saying, 'Let people have a choice.' Those who are perfectly happy with today's situation and want to have security-free image sharing [will still be able to]."

Currently, when someone wants to protect an image from being viewed by certain people, it is possible to publish it on websites with their own privacy protecting software, such as Facebook.

However, if the photograph is taken from that site by someone who has access to it and sent elsewhere, it could then be distributed to anyone.

Dr Ebrahimi suggested that it might be better to have access controls actually built in to the file.

The idea has caused some concern among rights groups such as the Electronic Frontier Foundation (EFF).

In a blog, the EFF warned against putting tight restrictions on JPeg files and suggested the move could stifle creativity - hampering an artist from using a photograph in a new work, for example.

It might also be difficult to secure the restrictions from those who wanted to crack them, said Jim Killock, executive director of the Open Rights Group.

He compared the situation to digital rights management (DRM) software, which is found on products such as DVDs and prevents copying of the content.

"DRM tends to be easily broken," he told the BBC. "People who want to break the rules would still do that."

"You're going to want to edit pictures, crop them, alter them, all of these sorts of things that DRM potentially restricts, so I guess the other major beneficiary would end up being software publishers," he said.

The JPeg format is the most widely used image format on the internet, and according to the JPeg committee, several billion JPeg images are produced every day.