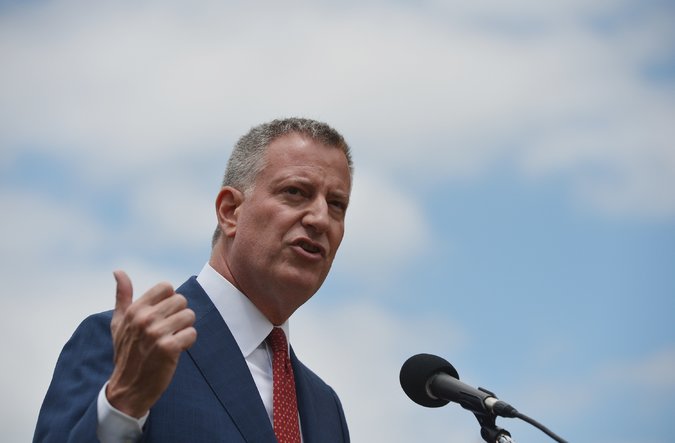 The pilgrimage to Israel is virtually required of New York City mayors, a high-profile opportunity to show solidarity with a large and influential Jewish constituency back home.

But Mayor Bill de Blasio, who departs for Jerusalem on Thursday, plans to change that well-worn political script: In a break from his predecessors, Mr. de Blasio, a Democrat, is intent on meeting with members of Israel’s Palestinian community.The move is intended as a gesture of inclusivity from one of the country’s most liberal leaders, who prides himself on pursuing a mission above day-to-day politics. But while his liberal base might approve, the mayor could risk antagonizing voters in a city where unequivocal allegiance to Israel has long been the political norm.Aides in City Hall closely examined the possibility of the mayor visiting Ramallah, in the West Bank, during his three-day stay. That trip is now unlikely to happen, in part because of security concerns relayed by American and Israeli authorities.Photo 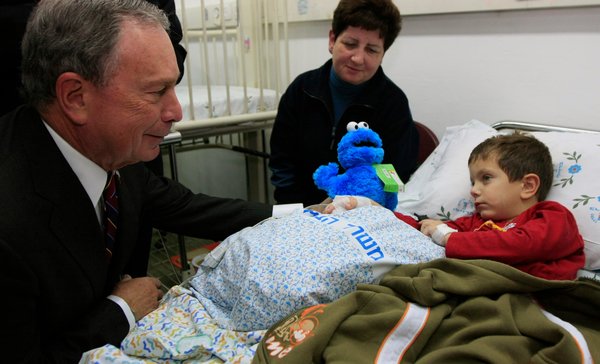 In January 2009, Michael R. Bloomberg, then New York's mayor, spoke to a hospitalized Israeli boy during a visit in the southern Israeli city of Ashkelon.Credit Tsafrir Abayov/Associated Press

Instead, Mr. de Blasio is arranging to visit with students, parents and faculty members of a bilingual school in Jerusalem, where Arab, Israeli and Palestinian children attend classes together. The meeting is expected to take place near a kibbutz west of Jerusalem.

The visit comes at a time of extraordinary tension in Israel, with a spate of more than two dozen seemingly random attacks by Palestinians this month that have killed seven Israelis.

Karen Hinton, the mayor’s chief spokeswoman, said on Wednesday that Mr. de Blasio would not meet with official representatives of the Palestinian government. She said that the plans for the Ramallah visit involved a visit to a school.

Still, allies of the administration were divided about the political wisdom of making a stop in the West Bank, which Jewish leaders said would be unprecedented for a sitting New York City mayor. Inside City Hall, some staff members said privately that it was clear that a visit to the West Bank at a sensitive moment might be received very differently than an event with schoolchildren.

A de Blasio spokeswoman, Amy Spitalnick, said in a statement that Mr. de Blasio’s visit to the school was closely linked to the mayor’s longtime support of a two-state peace agreement between Israelis and Palestinians.

“Building inclusivity and tolerance between all of the region’s people is critical to that goal,” Ms. Spitalnick wrote. “There’s no better place to start than with kids.” Two students from the bilingual school, which was damaged in an arson attack last year, traveled to the White House in December to meet President Obama.

Aides to former Mayors Michael R. Bloomberg, Rudolph W. Giuliani and Edward I. Koch did not recall seeking out an event with Palestinians during their visits to the region. On a trip in 2009, Mr. Bloomberg stopped at a pediatric hospital in Ashkelon where he spoke with young patients, including Palestinian children from Gaza.

Last year, ahead of a 29-hour trip to Israel, Gov. Andrew M. Cuomo, a Democrat, pointedly declined an invitation from the Palestinian ambassador to the United Nations to visit territories that Palestinians consider part of their future state, including East Jerusalem.

In Jerusalem on Sunday, Mr. de Blasio is scheduled to speak about anti-Semitism at a gathering of mayors sponsored by the American Jewish Congress. His itinerary remains in flux, with City Hall still working to finalize plans 24 hours before his departure, but city officials said the mayor was expecting to visit the Western Wall in Jerusalem and meet with some Israeli officials.

Like New York City leaders before him, Mr. de Blasio has been outspoken in supporting Jewish causes; in synagogue visits and private phone calls with rabbis, he has wooed leaders of the city’s large and diverse Jewish community. In a speech to the American Israel Public Affairs Committee shortly after taking office, the mayor declared, “Part of my job description is to be a defender of Israel.” 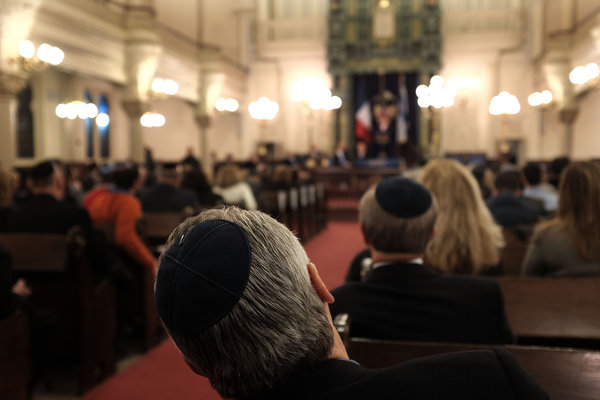 The mayor has also been sharply critical of Israel’s prime minister, Benjamin Netanyahu; in March, when Mr. Netanyahu appeared to disavow the prospect of Palestinian statehood, Mr. de Blasio called the remarks “a huge step backwards for peace in the region.” The mayor described a two-state arrangement in the region as a “universally acknowledged” goal.

David Greenfield, an influential city councilman who represents the mostly Orthodox communities of Midwood and Borough Park in Brooklyn, said on Wednesday that Mr. de Blasio appeared to be trying to strike a balance.

“I think it’s wise that the mayor is skipping a visit to the West Bank while Israel is currently under a campaign of terror,” Mr. Greenfield said, adding, “It is certainly appropriate for him to reach out to the Palestinian community by visiting a school in Jerusalem.”

In some circumstances, however, a leader’s perceived support of Palestinians has turned into a flash point in city politics — a phenomenon that Mr. de Blasio knows well.

While managing the 2000 Senate campaign of Hillary Rodham Clinton, Mr. de Blasio soothed the concerns of Jewish leaders in New York who were upset that Mrs. Clinton had kissed and embraced the wife of the Palestinian leader Yasir Arafat at a ceremony in the West Bank. Mrs. Clinton later told Jewish voters that she had erred.

Mr. de Blasio’s costs for the trip will be paid by an Israeli investor and entrepreneur, Baruch Eliezer Gross, who was introduced to the mayor through mutual friends, including Ari Noe, the chief executive of an outdoor advertising company in New York. Mr. Noe contributed to Mr. de Blasio’s 2009 campaign for public advocate.

Mr. Gross, who is Orthodox, is the founder of the Besadno Group, an investment firm with offices in Jerusalem and New York. He also owns an office and residence on Ocean Parkway in Brooklyn, according to a spokesman, Ken Frydman.

The decision for Mr. de Blasio to travel this week was made relatively recently. He initially pledged to visit the Middle East this past summer, but the trip was delayed.

Asked if Mr. de Blasio’s visiting Ramallah would be a positive step for a mayor, Mr. Miller said: “I think right now we need a positive step coming from Ramallah. Ramallah has to say we are ready to live in peace with the people of Israel.”