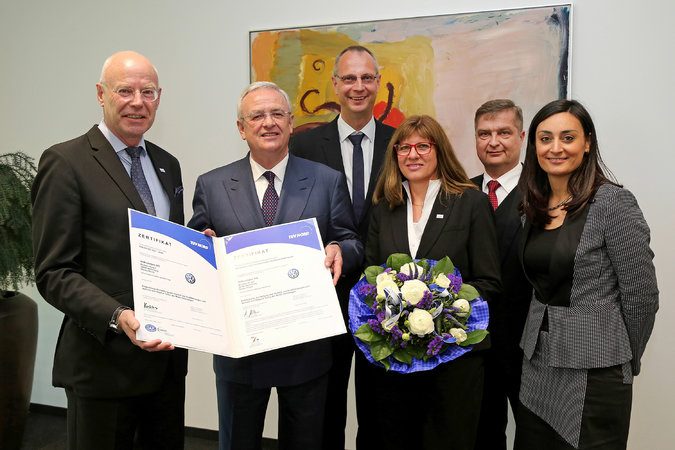 LONDON — Three diesel cars were taken out for a trial run last year by a German engineering and testing company. Employees at the company, TÜV Nord, drove the cars in Stuttgart and in Munich, and in suburbs, on country roads and on highways.

What they found was that all of the cars — a Volkswagen, a BMW and a Mazda — gave off far more pollutants than they did in lab tests, in some cases, more than six times the limit under new European regulations. For TÜV Nord, the research was just another confirmation of the shortcomings of the existing European lab tests.The Hanover-based TÜV Nord knows as much as any company about how diesels perform on the road and in the lab. Widely regarded for its engineering expertise, the company has been a major force in developing a more accurate testing process for Europe’s cars, which is expected to be introduced in the next year or so.But the scandal at Volkswagen has exposed the deep conflicts in the chummy world of European emissions testing, where car manufacturers hire outside firms to certify their pollution controls in laboratories. Not only is TÜV Nord at the forefront of finding a new testing regimen for automakers, but it is also the company that signed off on VW’s emissions tests in Europe.Continue reading the main story Graphic How Volkswagen Got Away With Diesel Deception

Volkswagen could have saved fuel or improved performance by allowing more pollutants to pass through its cars’ exhaust systems, researchers said. 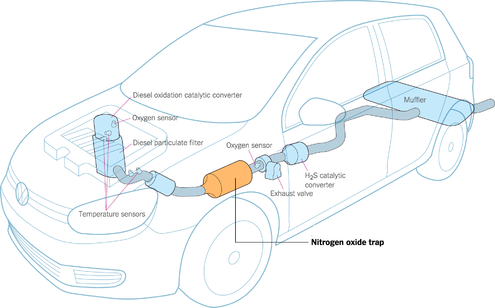 Many of Volkswagen’s vehicles, the automaker admitted last month, included software programmed to cheat on laboratory emissions tests. Given TÜV Nord’s testing expertise, the situation raises questions about what, if anything, it knew about VW’s tactics. And it highlights the weaknesses in a system that relies on contractors paid by carmakers to carry out the tests.

Since Volkswagen admitted the deception, TÜV Nord has been largely silent. A spokeswoman declined to comment on the specifics of the Volkswagen case, including whether the vehicles it tested were programmed to thwart laboratory tests, or if it had raised concerns about the vehicles’ performance on the tests.

In an email, the spokeswoman said little beyond confirming that “TÜV Nord performs emission measurements within the framework of the approval process for models of different vehicle manufacturers (among others for VW).”

Who conducts emissions tests and how they are done remains a central question on both sides of the Atlantic after the Volkswagen scandal. While regulators in the United States allow automakers to do their own testing, the American system is seen as more robust than Europe, because the Environmental Protection Agency conducts random tests of its own.

Although Volkswagen’s deception was particularly egregious, testing firms in Europe are generally seen as assisting automakers employ what are legal strategies to help their vehicles reduce their pollution in a lab in ways they never could on the road. Among other problems with the process, automakers in Europe can run their tests on preproduction cars that may not perform like the cars that ultimately come off the assembly line.

“Testing companies assist with the distortion of laboratory test results to produce artificially low results,” said Greg Archer, the clean vehicles program manager at Transport & Environment, an advocacy group. “We have testing organizations that are working for the carmakers, exploiting all the loopholes that they can in an obsolete testing procedure.”

TÜV Nord, which is privately held, has its roots as one of a number of trade associations set up to inspect steam boilers in 19th-century Germany. Now it has more than 10,000 employees around the world and inspects everything from satellite components to computer networks, and operates a food testing laboratory in Pune, India.

While one of TÜV Nord’s promotional videos notes its “objective outside viewpoint,” the company has a close relationship with Volkswagen, which goes beyond emissions testing.

TÜV Nord has also worked for Volkswagen in the United States; its engineers spent a week auditing environmental compliance at the carmaker’s plant in Chattanooga, Tenn., before production started in 2011. One of the members of TÜV Nord’s supervisory board, Stephan Schaller, has also been an executive at both Volkswagen and BMW during his tenure on the TÜV board.

This spring, TÜV Nord’s chairman, Guido Rettig, posed for a photograph next to Martin Winterkorn, then the chief executive of Volkswagen. Both men smiled as Mr. Rettig awarded Mr. Winterkorn and Volkswagen with an oversized certificate for overall quality excellence “throughout its entire organization,” according to a news release.

“It testifies to the outstanding work of everyone at VW,” Mr. Winterkorn said at the time.

Following the Volkswagen scandal, automakers have publicly embraced the on-road tests that TÜV Nord and other groups are helping develop in Europe, though they are also lobbying behind the scenes to make them much easier to pass.

None dispute that their cars emit more on the road than they do in the precise conditions of lab tests, as studies have shown. Volkswagen did not respond to requests for comment, but the two other companies involved in the TÜV Nord test last year acknowledged such differences.

“The driver may brake and accelerate more frequently, and ascend steeper slopes than is done during testing,” said Graeme Fudge, a Mazda spokesman. “All of these factors will increase engine emissions.”

Michael Rebstock, a spokesman for BMW, said the company supported “rapid introduction of the new regulations to create clarity for consumers and the industry as quickly as possible.”

Concerns about diesel pollution have long festered in Europe, where diesels are more popular than anywhere else, and regulators have spent several years trying to develop tests outside laboratories. The United States has required such tests on large diesel trucks since a similar cheating scandal in 1998, but Europe’s will be the first required for cars by regulators anywhere.

With its extensive research, TÜV Nord, which has been developing portable testing equipment for trucks for more than a decade, was a natural partner on the project. The company has been a regular presence at a technical working group advising policy makers in Brussels, the seat of the European Commission.

Even environmental advocacy groups have sought TÜV’s help. Transport & Environment has taken part in discussions about the new European tests and has used TÜV Nord for one of its own studies.

The International Council on Clean Transportation, which oversaw the independent tests of diesel emissions that led to the Volkswagen scandal, is currently collaborating on a study with TÜV Nord of emissions from diesel-electric hybrid vehicles.

Vicente Franco, a researcher at I.C.C.T. who has taken part in meetings in Brussels with officials from TÜV Nord, said the company “made meaningful contributions that were meant to make the on-road tests more robust.”

Still, Mr. Franco conceded that the interconnectedness underscores the vulnerabilities of the system. “There is a financial dependency between the technical services and manufacturers that at some point should be rethought to improve the confidence in the system, but this is a long-term process, and it takes a lot of political will,” he said.

Many policy makers have faulted the passive role played by regulators and believe there is a need for far more independent tests. Regulation in Europe is handled by each of the 28 member states, and there is little enforcement.

“We are definitely against having self-regulatory tests, because obviously they are not working,” said Miriam Dalli, a Social Democrat from Malta who sits on the European Parliament’s environmental committee. “We need an independent testing system.”

Giovanni La Via, the chairman of the Parliament’s environmental committee, says there needs to be a new European agency to oversee car testing in the 28 member states.

“European institutions react after a scandal,” said Mr. La Via, a member of the center-right European People’s Party, the largest bloc in the Parliament. “We need to use the same procedure for all the car producers. We cannot maintain 28 different systems.”