SAN FRANCISCO — Twitter has appointed Omid Kordestani, who until recently was Google’s chief business officer, as its executive chairman.

Jack Dorsey, the company’s chief executive and former chairman, announced the choice in a series of Twitter messages Wednesday morning. “Omid is a proven & experienced leader, who will directly help & coach me and our leadership, and help us recruit the best folks to Twitter,” he wrote.

Mr. Kordestani, who has a reputation for affability and business acumen, could bring a level of calm and stability to Twitter, which has been plagued by management chaos it its nine-year history.

A company spokesman said Mr. Kordestani was unavailable for an interview but said he would play an active role in operations, supporting the leadership team and helping with recruiting.

His appointment is the latest in a series of quick decisions by Mr. Dorsey, who announced on Tuesday that Twitter would cut up to 8 percent of its staff.

Mr. Kordestani was the 11th employee hired at Google. He joined in 1999, when it was a year old, and helped create its primary business of selling the ads that appear in Google searches. His original title was “business founder” and he oversaw Google’s first dollar of profit and built its first sales team. That model has since generated hundreds of billions of dollars and still accounts for more than half of Google’s annual revenue. 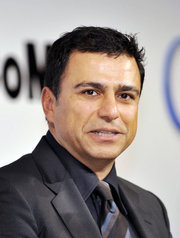 “He was the guy that took Google from, like, no money to real money,” said Wesley Chan, a former Googler who is now a managing director at Felicis Ventures in Palo Alto, Calif.

Mr. Kordestani left the company in 2009 but came back last year after his successor, Nikesh Arora, quit to join SoftBank. As chief business officer, he was Google’s highest-paid executive in 2014, with a $130 million pay package that consisted mostly of stock vesting over four years.

In August, Mr. Kordestani left that role when Google reorganized into a technology conglomerate called Alphabet, but remained an adviser until this month.

“We’re excited for Omid and very happy for Twitter,” a Google spokeswoman wrote in an email. “Omid was instrumental in establishing Google’s business and helped us develop really close, longstanding partnerships across the industry. We wish him every success in the years ahead.”

Twitter has drawn much of its talent from Google, and recently, the flow of people has moved in the other direction, too. The two companies have grown closer in the last year, announcing partnerships to include Twitter messages in Google search results and to allow advertisers to use Google’s DoubleClick to buy ads on Twitter.

When Mr. Dorsey was named chief executive of Twitter last week, he and the board promised to find an outside chairman. Mr. Dorsey, a co-founder of Twitter, also said he would seek additional outside candidates for the board, which has been criticized as insular and dominated by company insiders. Dick Costolo, the previous chief, left the board on Sept. 30.

Mr. Kordestani, who grew up in Iran, brings the perspective of an immigrant and ethnic minority to Twitter’s all-white, mostly male board.

Mr. Kordestani does not appear to be a regular user of Twitter. Before his appointment, he had sent just eight tweets on his personal account.

Some Twitter investors, most notably Chris Sacca, have complained that Twitter has too many board members who “don’t use the product.”