The former secretary of state took part in 25 debates in the 2008 cycle and was a strong, commanding presence in each.

Fluent in detail, crisp in delivery, Clinton is comfortable on a debate stage and has no problem jousting with opponents when the moments arise. Expect all of that to be on display Tuesday in Vegas.

But her task, as the undisputed front-runner and putative nominee, will be to give Democrats reason to believe.

There has been a strange disconnect between Clinton and Democratic voters this year and a sense of resignation, rather than excitement, about her candidacy. This challenge is reflected in the contrast between the large, enthusiastic crowds Sen. Bernie Sanders is drawing with his populist crusade and the more tepid reaction Clinton is generating. (To be fair, the word from the trail is that for all the jitters about the relative size of her crowds, she is connecting well in the small rooms and town hall meetings, which is meaningful in the early states.)

Whatever else you think about him, Sanders is utterly authentic. And right now, that is Clinton's challenge. It has been exacerbated by her clumsy, ever-evolving approach to the email issue -- something certain to come up again in the debate -- and her rapid-fire race to the left to co-opt Sanders' positions on trade, climate change and other issues that fire up the Democratic base.

Clinton's mission on Tuesday is to rise above the tactical and present a coherent, value-laden vision that will make her flood of policy papers seem like something more than positions of convenience.

What Sanders needs to do

Sanders' task is simpler. Still unknown to large numbers of Democrats, he will use this debate to deliver many of the populist arguments that have improbably propelled him into the thick of the Democratic race. 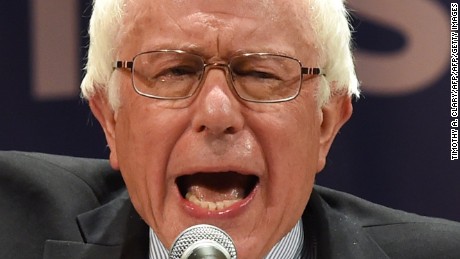 Anger over stagnant wages and growing inequality is an issue that is coursing through our politics and both party primaries. Sanders, the self-styled democratic socialist from Vermont, has made this, the power of money in our politics and abuses on Wall Street, the centerpiece of his campaign.

One thing he hasn't done much, however, is talk about actual people -- flesh-and-blood human beings and their stories. One listens to Sanders' jeremiads and is reminded of the old adage about liberals who "love humanity and hate people."

The debate is an opportunity for Sanders to present a more empathetic side -- less grumpy old man and more caring advocate. 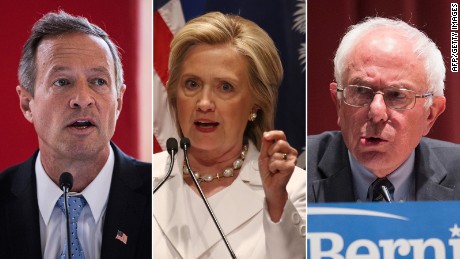 Sanders also almost certainly will field questions about his youthful writings as a left-wing polemicist, which seem a little crazy now, probably even to him. And the Vermonter can expect to be questioned closely, in the wake of the Oregon massacre, on his opposition to the Brady law and some other gun safety measures, positions he took to reflect the views of his mostly rural state that are awkward now.

I recently asked Sanders, on my podcast "The Axe Files," whether he would have voted the same way on guns if he represented his native Brooklyn in Congress. "Probably not, I don't know," he said quietly.

It was an honest answer but poses a tricky pass for a man whose candidacy is soaring, in part, because he seems like a guy who uncompromisingly speaks out for what he believes.

The pressure is on O'Malley

The candidate most likely to press Sanders on this, and the man who may have the most on the line on this debate, is former Maryland Gov. Martin O'Malley.

A polished performer, O'Malley began the cycle hoping to be the progressive alternative, burnishing his initiatives in Maryland on gun control, same-sex marriage, the elimination of the death penalty and other touchstone issues for progressive Democrats.

But then the rumpled, edgy Sanders caught fire, totally obscuring any challenger who hoped to rally the left. O'Malley is currently languishing below 1% in an average of national polls and not doing much better in the early states, which makes securing significant money and endorsements next to impossible.

The first Democratic debate is coming six months later than the kickoff debate did eight years ago. By October in that cycle, there already had been 13 faceoffs among the Democratic candidates. The absence of them this cycle has deprived the challengers to Clinton of a major vehicle to lift their profiles, which may well have been the point.

This makes Tuesday's inaugural debate a critical and maybe fleeting chance for O'Malley to insinuate his way into the race. Facing off with Sanders on guns is one vehicle. But confronting either of his more popular opponents carries risk. In the case of Clinton, O' Malley was one of her strongest supporters in 2008, a fact not lost on her, I'm sure.

Perhaps the safest route for the Marylander would be to play the generational card. He cut his teeth in politics in 1984, driving a young Sen. Gary Hart around Iowa during Hart's upstart challenge to former Vice President Walter Mondale and the old guard.

Hart did well enough in Iowa, and then ambushed Mondale in New Hampshire, buoyed by the votes of independents who wanted to turn the page on the Great Society class of leaders. I can see the 52-year-old O'Malley pressing the case that the party needs fresh, forward-looking leadership. It also would be a not-so-subtle swipe at Sanders, who is 74, and Clinton, who would be 69 on Inauguration Day, tying Ronald Reagan for America's oldest incoming president.

There will be two other candidates on the platform, though few Americans are likely to recognize them.

Former Sen. Jim Webb of Virginia is a Vietnam veteran and was Navy secretary under Ronald Reagan. He served one term in the U.S. Senate, where he developed a reputation as an intriguing maverick -- populist on economic issues, nuanced on defense policy. He got into the race late and has less money and organization even than O'Malley, meaning the debate is even more important to him, if he is to mount any kind of effort here.

Look for Webb to brandish his national security chops on the discussion of Syria, perhaps setting up a soft contrast with Clinton.

It's difficult to discern a strategy for the final candidate, Lincoln Chafee, because it's hard to know why he'll be there. The earnest but charismatically challenged former senator and governor from Rhode Island -- a Republican turned independent turned Democrat -- has made nary a ripple thus far. He also is a former professional horseshoer, who, having lost the governorship, is accustomed to getting the boot.

Biden waiting in the wings? 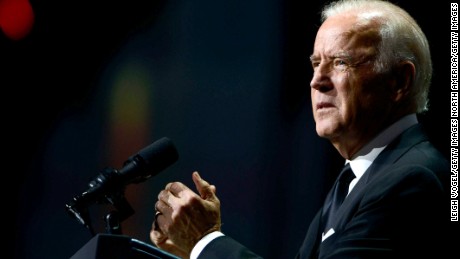 The only other player will be the man who isn't there.

If Vice President Joe Biden accepted CNN's invitation and opted, at the last minute, to enter the race and the debate, it would electrify this event. But Biden continues to ponder, and while leaping into the race with a national debate would offer plenty of drama, it also would be fraught with peril for a candidate who hasn't been running or preparing for this high wire.

Biden's staff is doing some of the things behind the scenes that would prepare for an announcement, but he continues to wrestle with the emotional toll on his family of such a race. As time passes, you wonder whether this exploration will end as Mario Cuomo's did in 1992, with a plane sitting on a runway, manifested for New Hampshire, that never took off.

Even as a spectator, however, the VP's presence will be felt. As Clinton is well aware, if she were to stumble, the day after would bring a new round of hand-wringing and Biden-longing among anxious Democrats.

But, for now, this debate and nominating race remain Clinton's to lose.