The team of reporters, researchers and editors across CNN is listening throughout the debate, will select key statements and then rate them: True; Mostly True; True, but Misleading; False; or It's Complicated.

Clinton said she never had a position on the controversial Keystone XL Pipeline before she said last month that she would oppose it.

But as a member of the Obama administration, the then-secretary of state indicated she was likely to support it -- though she never said so explicitly.

"We haven't finish all of the analysis," Clinton told the Commonwealth Club in October 2010. "So as I say, we've not yet signed off on it. But we are inclined to do so and we are for several reasons."

Over the next five years, Clinton would repeatedly decline to say what her opinion was while the Obama administration studied the project. Last month she finally said, "I oppose it."

O'Malley made the pitch Tuesday night that he could do better than all the promises made by Vermont Sen. Bernie Sanders and others because he had already pushed those priorities into law when he was governor.

"We raised the minimum wage, passed the living wage, invested more in infrastructure, went four years in a row without a penny's increase for college tuition," O'Malley said.

He also increased spending on roads and capital projects and succeeded, after many years of failed attempts, in increasing the state's gas tax to pay for those improvements.

In addition, O'Malley followed through on a campaign promise from 2006 to freeze tuitions at Maryland's public universities -- a promise that lasted until 2010, when the state stopped subsidizing the public university tuition freeze.

But his record on infrastructure investment was far more complicated and his debate claim left out an important fact. O'Malley and Democratic lawmakers came under criticism by Maryland's county leaders and Republicans as they withdrew money from the state's transportation trust fund to cover budget shortfalls throughout the recession. The budget-patching maneuver resulted in a referendum drive to place new limits on how and when state leaders could pull money from transportation projects to cover budget shortfalls.

Clinton said, "I did say when I was secretary of state three years ago that I hoped it would be the gold standard. It was just finally negotiated last week and in looking at it, it did not meet my standards."

Negotiations on the TPP trade agreement began while Clinton was secretary of state, but the significant details were worked out after she left that office.

"This TPP sets the gold standard in trade agreements to open free, transparent, fair trade, the kind of environment that has the rule of law and a level playing field," Clinton said at an event in Australia in 2012. "And when negotiated, this agreement will cover 40 percent of the world's total trade and build in strong protections for workers and the environment."

Nearly three years have passed, and Clinton has been out of office for most of that time as talks have proceeded on the important details of the deal. As such, it is reasonable for Clinton to claim that the deal has changed since she supported it and was involved in its negotiation.

However, in some ways, the deal has strengthened over the years in areas that Clinton has cited as key concerns.

Clinton now says the deal doesn't do enough to address currency manipulation. But the deal didn't include clear language on that topic in 2013 either, when critics in Congress were calling for it to be added.

She also says she is concerned about the benefits the deal gives to pharmaceutical companies -- which are strengthened under TPP, but less than they would have been under the deal in its 2013 state.

VERDICT: Clinton's claim she said she "hoped" TPP would be the gold standard is false. She said it was the gold standard and fully supported the negotiations. Her broader point about the deal changing since she left office is True, but Misleading. The deal has changed in the past three years, but in some instances those changes have improved the very deficiencies she cites.

CNN's Anderson Cooper grilled Sanders repeatedly on whether he was protecting gun manufacturers from lawsuits. After some explaining, Sanders landed on a simple answer: "Of course not."

Sanders has been nailed by liberals and his Democratic opponents for his positions on gun control, including his decision to vote against the Brady bill and for allowing Amtrak riders to bring guns in checked bags. And his comment during the debate sounded like a sharp stance in favor of clamping down on gun manufacturers, defending his vote to shield them from litigation as part of a "large and complicated bill."

"Where you have manufacturers and where you have gun shops knowingly giving guns to criminals or aiding and abetting that, of course we should take action," he said Tuesday night.

But in a July interview with CNN, Sanders sounded starkly different, saying that gun manufacturers could not be held responsible. The sole difference was that in that interview Sanders did not say the manufacturer was aware of the crime that would later be committed.

"If somebody has a gun and it falls into the hands of a murderer and that murderer kills somebody with the gun, do you hold the gun manufacturer responsible?" he asked. "Not any more than you would hold a hammer company responsible if somebody beats somebody over the head with a hammer. That is not what a lawsuit should be about."

There is certainly an employment crisis among minority youth. But as he has done in the past, Sanders may have misspoken when he cited those statistics.

The left-leaning Economic Policy Institute has found that 51.3% of black and 36.1% Hispanic high school graduates, age 17 to 20, are underemployed. That means they either don't have a job, aren't working as many hours as they would like or aren't currently looking for work but would like a job.

The comparable number for whites is 33.8%.

The official unemployment rate for black youth, age 16 to 24, was 20.7%. For Hispanic youth, it's 12.7%, while for white youth, it's 10.3%, according to the Bureau of Labor Statistics. The government data is not limited to high school graduates and has a wider age range.

Fact check: Hillary Clinton said, "We have to look at the fact that we lose 90 people a day from gun violence. This has gone on too long and it's time the entire country stood up against the NRA."

According to data from the Centers for Disease Control and Prevention, there were 33,636 people killed by firearms in 2013, the last full year for which data is available. That averages to about 92 people a day. However, the number includes suicides, unintentional deaths, and incidents with undetermined intent as well as violence-related firearm deaths (homicide and legal intervention). In 2013, 11,675 people were killed in violence-related deaths by homicide or legal intervention, which equates to almost 32 deaths a day. The CDC reports 505 unintentional deaths by firearms in 2013, or just more than one death per day. They also report 281 deaths where the intent was undetermined in 2013.

Ninety-two people did die each day in 2013 from a firearm injury. However, the number of people killed from violence-related homicides and legal interventions in 2013 was much lower -- about 32 deaths a day.

Fact check: Bernie Sanders said, "It is wrong today in a rigged economy that 57% of all new income is going to the top 1%."

He got it almost right. The top 1% captured 58% of income gains between 2009 and 2014, according to research by Emmanuel Saez, a University of California Berkeley economics professor who has long studied income inequality.

The top 1% saw their incomes soar 27.1% during that time period, while the bottom 99% got an only 4.3% bump in income. Healthy stock market returns helped fuel income gains among the wealthy.

But the good news for the bottom 99% was that 2014 was the first year of real recovery from Great Recession losses. That's thanks to a drop in the unemployment rate from 6.6% at the start of 2014 to 5.6% by year's end. 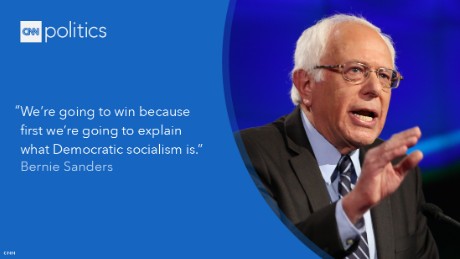 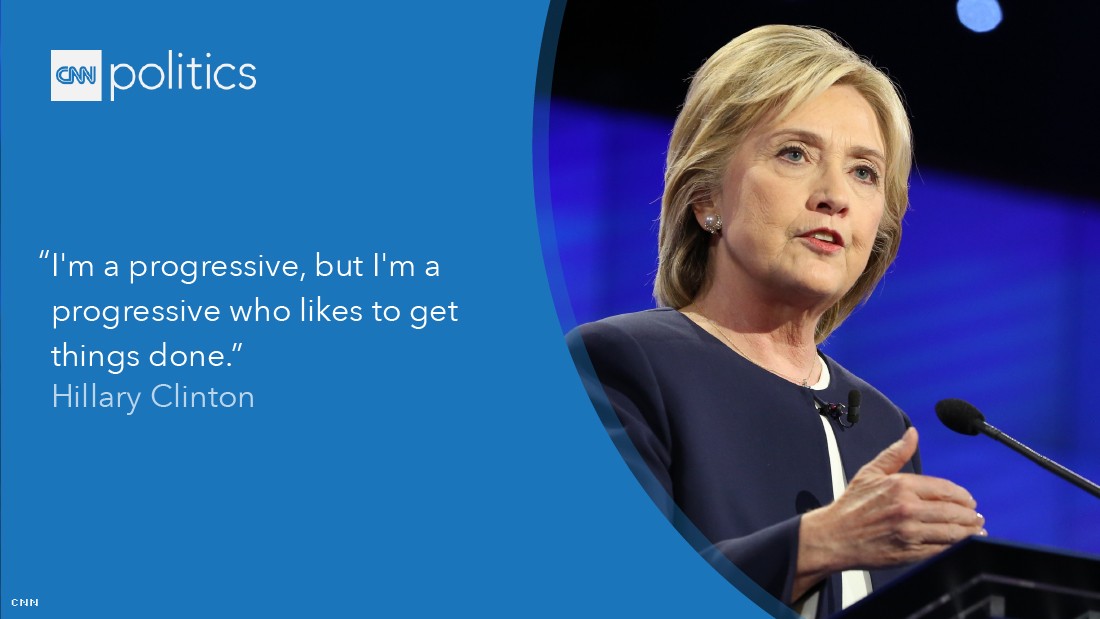 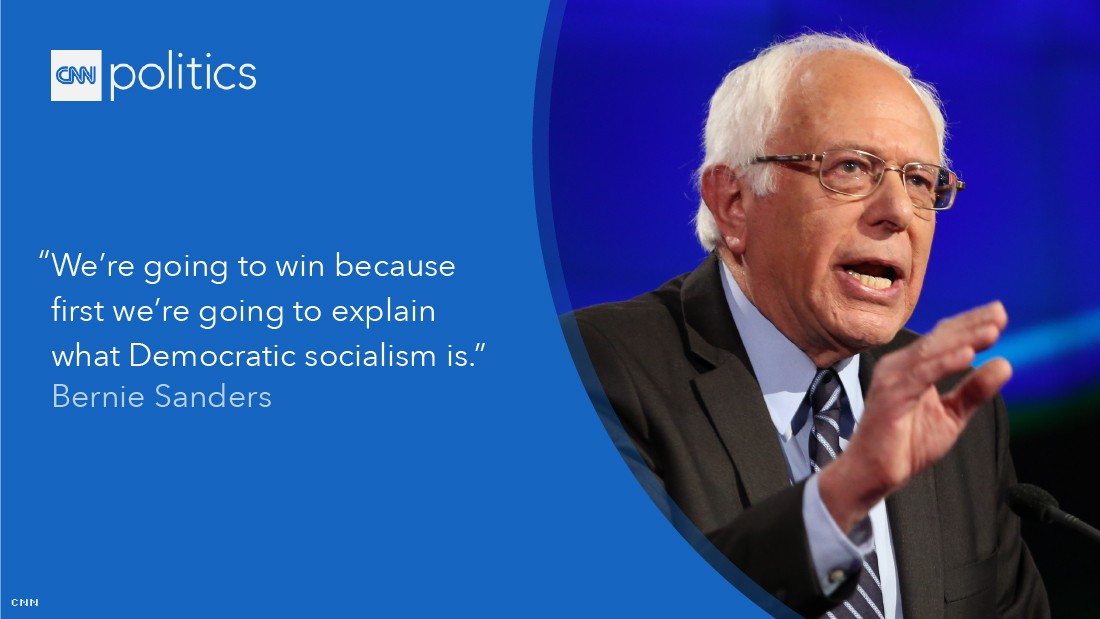 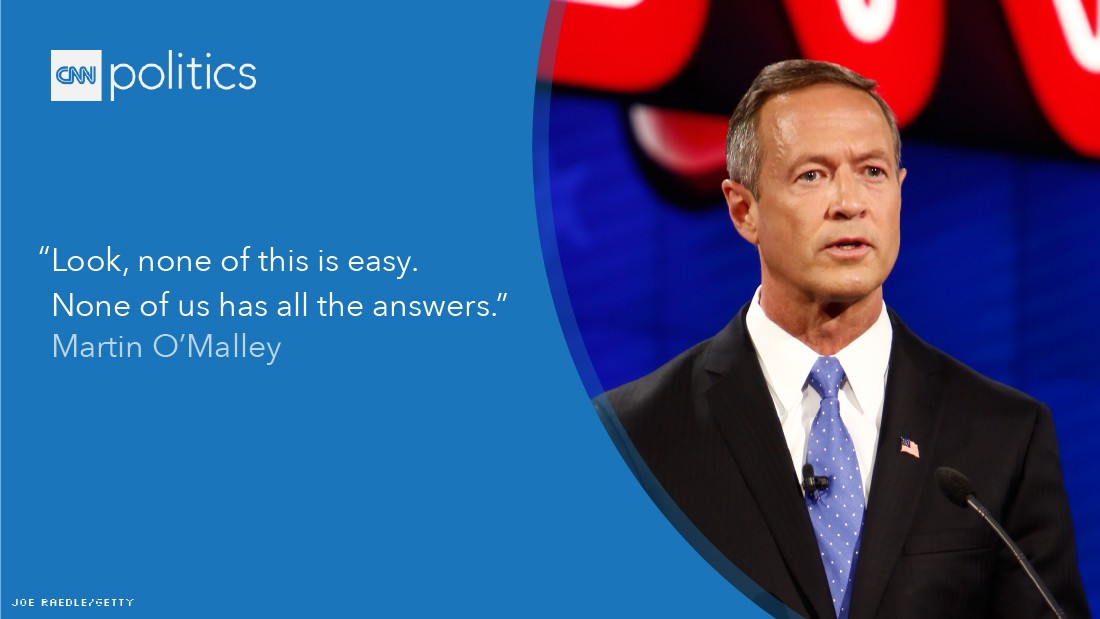