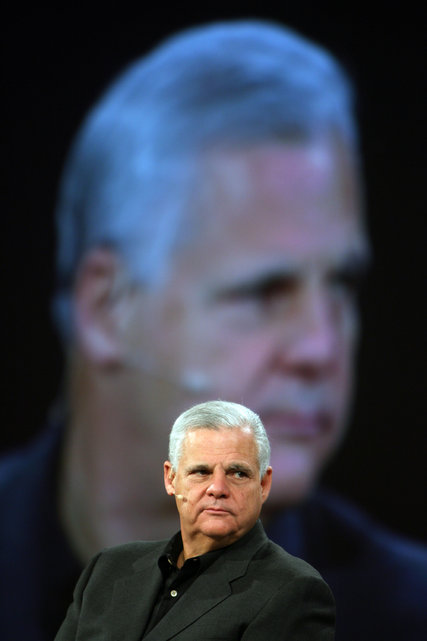 For Joseph M. Tucci, the chief executive of EMC, completing the largest technology deal in history may mean as much for his reputation as it does for his bank account.

The 68-year-old had been flirting with retirement since 2009, postponing it several times in the face of slumping stock performance, pressure from an activist investor and a changing environment for computer storage. In agreeing to a $67 billion acquisition of EMC by Dell, Mr. Tucci, who will step down as part of the deal, has the opportunity to resurrect his legacy and generate about $27 million more in compensation than had he willingly retired.“He wanted to be the guy who drove whatever was going to happen in EMC’s next phase,” said Glenn O’Donnell, an analyst at Forrester Research, who worked at EMC in strategy and marketing from 2005 to 2008. “He built EMC into what it is. This is his baby, and he didn’t want to see it get ripped apart.”For Mr. Tucci, this transaction was more about being a battle-tested dealmaker than his payday, said Mr. O’Donnell. Mr. Tucci agreed to stay as EMC chairman and chief executive until the transaction was completed, according to a statement on Monday. After that, when he leaves, he will be owed $27.2 million by EMC, according to data compiled by Equilar, an executive compensation research firm. Had he willingly retired — as he said he would do in 2012, 2013 and earlier this year — Mr. Tucci would have received a mere $123,636, the data showed.Mr. Tucci, through an EMC spokesman, declined to comment on the pay package.Mr. Tucci felt the pressure to act after Elliott Management, the activist hedge fund run by Paul Singer, amassed a stake in EMC in 2014 and pushed for a breakup. The market was unhappy with the results of EMC’s conglomeratelike structure; the company’s share price declined about 15 percent over the last three years, before the deal was announced. For Mr. Tucci, however, Elliott’s idea of spinning off VMware, the virtualization software specialist in which EMC owns an 80 percent stake, was not the ideal option. He looked at the large structure of EMC “almost as one of his kids,” said Daniel Ives of FBR Capital Markets.Rather than succumb to Elliott’s exact wishes, Mr. Tucci sought another way out for EMC. About a year ago, reports surfaced that EMC had been in discussions with Hewlett-Packard about a merger, although those talks ended in 2014, according to a person briefed on the matter, who spoke on the condition of anonymity. Discussions with Dell have been going on for about a year as well, Dell’s founder, Michael Dell, said on CNBC on Monday. Elliott ultimately said it supported the acquisition, in which Dell agreed to pay $33.15 per EMC share, including cash and tracking stock linked to EMC’s stake in VMware.Continue reading the main storyVideoMichael Dell on $67 Billion Deal for EMCMichael S. Dell, right, and his counterpart at EMC, Joe Tucci, explain why they are getting bigger at a time when companies of all stripes believe smaller is better. By CNBC on Publish Date October 12, 2015. Photo by CNBC. Watch in Times Video »

“I don’t think he wanted to go out in a bad way by being forced into a breakup,” Mr. Ives said of Mr. Tucci. “This way, he’s able to put a bow around his career, and it’s a good way to end a few bad years.”

Mr. Tucci has been chief executive of EMC since 2001 and chairman since 2006. During his tenure at the storage provider, Mr. Tucci delved into acquisitions and partnerships of his own. He was known for expanding the company beyond large enterprise customers to small and midsize businesses. Before EMC, he was chairman and chief executive of Wang Global, then a computer manufacturer, where he led the company out of Chapter 11 bankruptcy. The company was acquired by Getronics NV in 1999.

The compensation Mr. Tucci will receive is what is known as a change-in-control package, or pay owed to management if employment is terminated through an acquisition. It is typically larger than other types of chief executive termination pay. Without that incentive, management might be disinclined to agree to acquisitions, even those that could be in the best interest of shareholders.

A Brief History of EMC

The data storage company grew into a collection of businesses, including network security and content management for corporate clients.

Retirement packages are designed to be smaller, often without a cash component and limited equity, according to Courtney Yu, senior research analyst at Equilar. In Mr. Tucci’s case, only his options would have continued vesting, while his stock awards would have been forfeited, Mr. Yu said. If his equity had been allowed to vest, he would have had about $20 million, rather than $123,636, the data showed.

But money and a decades-long career aside, Monday’s announcement is not the end of Mr. Tucci’s story, according to Mr. Ives of FBR Capital Markets.

“In terms of legacy, it’s really going to depend on how, longer-term, this deal ends up,” he said. “If we look out two or three years from now, and Dell was really able to pull this off, then from start to finish he changed the landscape. If it doesn’t work out — I think the Street is leery about an integration this big — I think there will be a complicated legacy for him.”