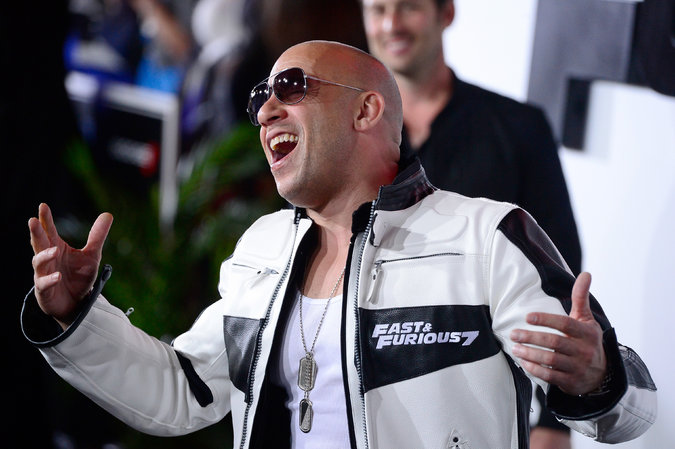 First, there was Gigi Hadid, taking to Instagram to defend herself against critics who took aim at her body type. Now, there’s Vin Diesel.

Mr. Diesel, the actor in the “Fast and Furious” series, posted a response to the accusation he had a “dad bod” on his feed over the weekend, writing, “Body-shaming is always wrong!” He then followed up with a shot flashing his (pretty pronounced) abs.

Like Ms. Hadid, Mr. Diesel received thousands of comments in response, cheering him on.

Both of them are following in the footsteps of Demi Lovato, the former Disney star-turned-troubled teenager-turned-body activist, who has been using Instagram pretty regularly to celebrate her love of her body. Ms. Lovato recently posted a picture of herself sprawled out over some sort of lounge in a playsuit and heels with the words, “Learn to lurrrrrvveee yerrrrr currrrrvveees,” adding, “I actually used to hate them.”

It suggests that the social media platform could become something of a soapbox for this particular issue. Perhaps even the most effective soapbox.

It makes sense, after all, since body image, while a psychological issue, begins with optics, and Instagram is first and foremost an optical platform. Mr. Diesel’s words convey his position, but his picture shuts the debate down.

This was, in fact, the argument Lena Dunham offered at the Vanity Fair New Establishment conference. Though she had handed over her Twitter account to her team because of what she saw as its aggressive negativity, she has remained on Instagram. The ability to post a picture, and the fact that there was no character limit, means the whole issue could be explored in greater detail.

Instead of retreating, it takes the fight directly to the fans, who seem to be happy to play their part of outraged army.

In any case, I don’t think this was necessarily part of the Instagram remit from the start, but the folks who administer the platform might start paying attention. There’s a lot of focus at the moment on what the platform can do for fashion, and on its retail potential, but it seems to me it may have at least as much, if not more, potential as the fulcrum of the national conversation on size and health.