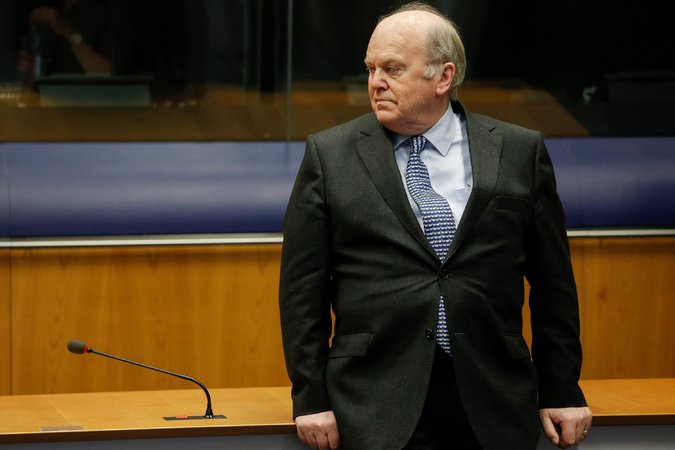 DUBLIN — The Irish government, long criticized by other European countries and the United States for its friendly tax treatment of multinational giants like Apple and Google, on Tuesday announced a move that seemed likely to further incense its critics.

Ireland, whose corporate tax rate of 12.5 percent is already one of the lowest in the developed world, said it would cut that rate in half for a new tax category — one covering revenue pegged to companies’ patents and other intellectual property.

Companies that could be poised to benefit include Apple, Google, Facebook and Microsoft — all of which have significant operations in Ireland and have troves of intellectual property that might be eligible for the new tax treatment.

The new 6.25 percent rate would apply to a tax category that Ireland announced last year, which it calls a “knowledge development box,” and would be put into effect early next year. The category is meant to provide tax breaks for revenue and royalties derived from intellectual property held in a specific country.

Other countries, including Britain, Luxembourg and the Netherlands, have created similar tax categories for intellectual property, often in the hope of enticing overseas companies to set up shop in their territories.

But critics contend that the royalties paid on intellectual property under such arrangements often do not adequately reflect where the inventions were made or where the innovations generate the most revenue.

Finance Minister Michael Noonan of Ireland, who announced the new plan on Tuesday, described the knowledge box and the low rate as a “significant enhancement” to Ireland’s corporate tax system.

“This puts Ireland in the unique position to offer long-term certainty to industries planning their research and development investments,” he said. “The initiative adds a further dimension to our best-in-class corporation tax offerings.”

James Stewart, an associate professor of finance at Trinity College, Dublin, said Ireland’s new approach would probably change the tax strategies of multinational companies — though not for the better.

“This is complex, and multinationals love complexity,” he said, “because it allows them to develop tax avoidance strategies. The last thing they want is simplicity.”

Over the last two decades, many American companies — tech giants like Facebook and Google, as well as nontech companies like the drugmaker Pfizer — have established sizable operations in Ireland, primarily to take advantage of the country’s low-tax tradition.

Ireland’s corporate tax rates compare with a rate of 35 percent, before deductions, in the United States.

But critics say the bigger issue lies in the special tax deals that Ireland made to entice multinational companies to set up operations there. Such deals have led to criticism from some global policy makers, who argue that companies are not paying enough tax.

Ireland is by no means the only European country whose corporate tax strategies have come under scrutiny. The European Union has been investigating the tax arrangements between big multinational companies in Luxembourg and the Netherlands, among other places.

For many lawmakers and regulators in the 28-nation European Union, particularly in the countries severely affected by the financial crisis, the ability of some companies to move a large share of their European revenue to low-tax member states like Ireland has been viewed as unfair competition and as an encouragement of tax-shopping by multinational corporations.

Ireland’s new rules are meant to comply with that agreement while going even further, Mr. Noonan indicated. He said Ireland was becoming one of the first countries to adopt tax-disclosure and compliance guidelines detailed by the Organization for Economic Cooperation and Development, which represents 34 industrialized democracies.

The idea, the Irish government said, is to let its tax officials have a fuller picture of companies that use Ireland as a tax base, to determine whether they are paying their share of corporate taxes in other jurisdictions. Ireland said it would share this confidential information with other countries where the companies operate.

In adopting the new knowledge-box category, Ireland says it is trying to eliminate complicated tax structures that have included the so-called “Double Irish” tax provision. That provision, now being phased out, allowed companies with operations in Ireland to make royalty payments for intellectual property to a separate Irish-registered subsidiary. That unit, though incorporated in Ireland, typically had its home in a country that had no corporate income tax, reducing the amount each company had to pay on its Irish-based profits.

Eamonn Walsh, an accounting professor at University College, Dublin, said the new approach by Ireland “should end some of the more egregious attempts to channel funds to zero-rate jurisdictions.”

“Companies might decide to cut their losses,” he said, “and opt for the certainty of a 6.5 percent rate in Ireland.”

Tax officials in the United States have criticized Ireland’s arrangements. But the issue is particularly sensitive in Europe, where many countries are still struggling. Tax experts say national governments are eager to tap into new sources of income, especially as many of the large American tech companies have continued to post record profits despite the recent global economic uncertainty.

In countries including France, which is perceived by some industry executives as taking a harsh line against American tech companies, politicians have called on companies like Google to pay taxes on their local operations, instead of only in Ireland, where the company has its European headquarters.

In response, tech companies typically say that they conform with the tax laws in every country where they operate.

Yet, in a sign that some national lawmakers are starting to clamp down on companies’ often-complicated tax structures, countries are changing their local regulations to force companies to pay more tax.

In Britain, for example, politicians recently passed a so-called Google Tax that requires companies to pay a certain level of tax on their operations there, even though their headquarters are elsewhere for tax purposes.

And in May, Amazon, the e-commerce giant, announced that it would pay taxes in a number of European countries where it has large operations, instead of funneling nearly all of its sales through Luxembourg, which has comparatively low taxes.

United States congressional investigators said in 2013 that Apple had created a web of international subsidiaries, some in Ireland, to move at least $74 billion from 2009 to 2012 beyond the reach of the Internal Revenue Service. Apple has denied wrongdoing and says that it pays appropriate levels of tax in the countries where it operates.

The European Commission, the executive arm of the European Union, has been investigating whether the Irish government gave Apple illegal subsidies through a preferential tax settlement.

The investigators, who are still conducting their inquiries, criticized Irish officials for giving Apple unlawful so-called state aid in the form of tax breaks. Such special deals, according to a 21-page report published last year, created unfair advantages for Ireland over other European countries. The Irish government may eventually be forced to collect back taxes from Apple.

A separate investigation is looking at whether Luxembourg broke Europe’s tough state-aid rules by offering similar preferential treatment to Amazon, whose European headquarters are there.

Yet while European Union officials have applauded these efforts, lawmakers in some countries, particularly those that have used low corporate taxes to entice global companies to their shores, have complained that they will not be able to compete against bigger countries if they cannot use tax incentives to attract new investment from international businesses.

Ireland’s corporate tax rates may be low by international standards, but the revenue they generate is a major contributor to the country’s Treasury. In 2014, Ireland’s total tax take was 41 billion euros, or $46.6 billion, and corporate tax accounted for 11 percent of the total.