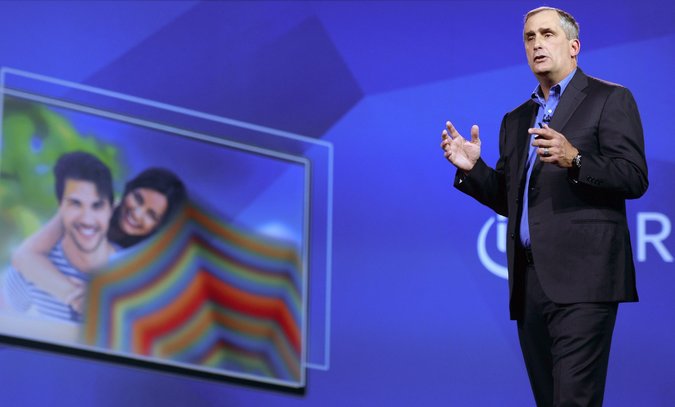 SAN FRANCISCO — The Intel Corporation is changing with the times.

Intel became the world’s biggest producer of semiconductors thanks mostly to personal computers, which eventually led to chips for server computers.Now, the new hot trend of cloud computing — data centers filled with tightly connected servers — is remaking Intel.On Tuesday, Intel, based in Santa Clara, Calif., said that in the three months that ended Sept. 26, PC chips brought in $8.5 billion and chips for servers in cloud computing data centers brought in $4.1 billion. A year ago, PC chips brought in $9.2 billion and data center chips brought in $3.7 billion.The shifting businesses at Intel reflect broader changes in the computing industry, and what Intel chooses to focus on can affect the choices of many other companies.PC sales are in a long decline, as customers increasingly use online services connected to mobile devices. While Microsoft and others to try to revive the market with new designs and tabletlike models, in the most recent quarter worldwide PC shipments fell 10.8 percent from the year before, according to IDC.Continue reading the main story

That matters, because Intel is already stressing products in networking and advanced cloud systems, to feed the profitability of cloud systems as PCs continue to wane. That means cloud computing leaders like Amazon and Google could benefit even more, and expand their online operations.

Having missed much of the market for chips in mobile devices, Intel is also investing in sensors for devices connected to cloud systems.

“If you zoom out, we’re not a PC company anymore,” Stacy J. Smith, Intel’s chief financial officer, said in an interview. “We still work with PC companies, but we’re deeply involved in automotive, wearables, all kinds of new devices.”

Intel shares were down about 3.5 percent in after-hours trading, in part because of a projected fourth-quarter dip in demand from cloud companies.

“The Intel story has become a tale of two divisions,” said Bill Kreher, an analyst with Edward Jones. “Data centers show incredible headway. There will come a time soon when it will outweigh PC chips.”

That doesn’t mean doom for Intel, as the unexpected profitability suggests. All those connected devices increasingly talk with companies that use cloud computing technology and Intel makes most of the chips that go into the servers in the data centers of cloud systems.

It does mean Intel has to work hard to be a different company.

“About 30 percent of our server business is now to cloud companies, and growing at a fast clip,” said Diane Bryant, head of Intel’s data center group, in a recent interview. “It’s the new opportunity for our revenue stream.”

Intel is trying to enter the mobile business and sensors too, so far with little impact. The shift to more data center chips means lots of things will change for Intel, not least the kinds of customers it works with.

Intel’s mix of cloud-computing customers shows how much influence is wielded by just a handful of big operations. Of 200 cloud company customers that Intel tracks, just seven take one-third of those chips: Google, Amazon Web Services, Microsoft and Facebook, as well as Baidu, Alibaba and Tencent of China.

While the rest are now growing at twice the rate of the top seven, Ms. Bryant said, the big companies are unusually demanding customers, even designing their own chip modifications to make their global clouds work better.

“More and more of them have custom microprocessors from us,” she said. “What is really different is the pace of their market. They deploy our next-generation processors six months before we formally launch them, buying tens of thousands of chips that they ship to themselves.”

In addition, from all the cloud companies 80 percent of every new major purchase is for a more powerful chip. The newer and more powerful chips tend to have even higher profit margins, and also spur Intel to develop new things faster. Last week Amazon announced it would soon have Intel’s most powerful chip available in its cloud.

The changes come while Intel’s traditional customers undergo their own radical changes. On Monday Dell, a big maker of servers and PCs, announced it was buying the data storage giant EMC. On Nov. 2, the server and storage businesses of Hewlett-Packard will split off from its PC business, in what top executives hope is a move for a faster-moving business.

Intel may also face new competitors in the cloud business. Last week Qualcomm, a major producer of chips for smartphones, announced a big move into chips that work well in cloud systems.