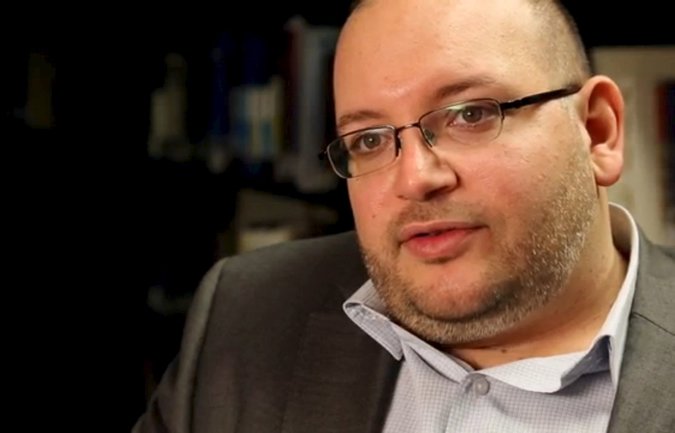 TEHRAN — The Washington Post said on Monday that its correspondent Jason Rezaian, who has been jailed for 14 months in Iran on espionage charges, had been convicted after a trial that ended two months ago.

While the conviction could not be independently confirmed — a spokesman for the Iranian judiciary said on Sunday that a verdict had been handed down, but he did not disclose specifics — Iran appeared to be moving on Monday to position Mr. Rezaian’s case as part of a broader effort to get the release of Iranians detained in the United States.

On Monday, a state television news channel accused Mr. Rezaian, a dual American-Iranian citizen, of providing information to the United States about individuals and companies who were helping Iran circumvent international economic sanctions.

Iranian leaders, including President Hassan Rouhani, have raised the idea of a prisoner swap, suggesting that Mr. Rezaian, 39, could be exchanged for people that Tehran says are being held by or on the orders of the United States for violating sanctions.

The website of the Islamic Republic of Iran News Network has said that Mr. Rezaian, who has been The Post’s Tehran bureau chief since 2012 but has been living in that country on and off since 2003, was arrested on charges of spying on Iran’s nuclear program and of collecting information about sanctions violations.

“He began to identify individuals and companies that violated sanctions and were cooperating with Iran,” the network said on its website. “The information that Rezaian gave to the Americans had led many Iranian and international businessmen and companies to be included in America’s sanctions list.”

It is unclear if those accusations were addressed in the verdict.

Leila Ahsan, a lawyer for Mr. Rezaian, could not be reached for comment on Monday.

The four hearings in Mr. Rezaian’s trial, the most recent on Aug. 10, were held behind closed doors and presided over by Abolghassem Salavati, a judge with a reputation for harsh sentences.

The Post’s executive editor, Martin Baron, denounced the verdict on the newspaper’s website early Monday as an “outrageous injustice.”

“Iran has behaved unconscionably throughout this case,” he said. “But never more so than with this indefensible decision by a Revolutionary Court to convict an innocent journalist of serious crimes after a proceeding that unfolded in secret, with no evidence whatsoever of any wrongdoing. For now, no sentence has been announced.”

“We are working with Jason’s family and Iranian counsel to pursue an immediate appeal,” Mr. Baron continued, “and we expect Jason’s lawyer, Leila Ahsan, also to petition for Jason to be released on bail pending a final resolution of the case.”

Last month, Ali Rezaian, the brother of the jailed reporter, appealed to a United Nations human rights panel to intercede with the Iranian authorities to obtain his release, saying that the journalist had been held in solitary confinement and subjected to aggressive interrogation.

The speaker of the Iranian Parliament, Ali Larijani, suggested last month that the United States could obtain Mr. Rezaian’s release with an exchange of prisoners.

Speaking to CBS’s “60 Minutes” program in Tehran in an interview broadcast on Sept. 20, Mr. Rouhani was even more clear. “We have Iranians who are imprisoned in the United States, Iranians who are being pursued, and most of them are being pursued for circumventing the sanctions,” he said. “From the beginning, we considered the sanctions to be wrong, and we encouraged everyone to circumvent them. We consider all of those prisoners to be innocent and consider it wrong that they are in prison.”

Asked again if he would support the idea of a prisoner exchange, Mr. Rouhani said: “I don’t particularly like the word exchange, but from a humanitarian perspective, if we can take a step, we must do it. The American side must take its own steps.”

An earlier version of this article misstated the date of the broadcast of a “60 Minutes” interview with President Hassan Rouhani of Iran. It was Sept. 20, not Sept. 21.