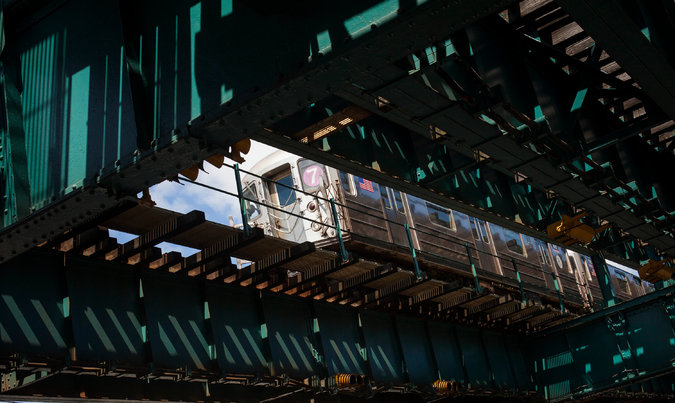 Good morning on this radiant Monday.

While some New Yorkers bask in the slumbering glory of a long weekend, many more are off to work as usual. But for those whose morning routine includes a ritualized fist shaking at the commuting gods, a development this weekend may allow for some reprieve.

On Saturday, after months of contentious debate, state and city officials reached a deal to finance the Metropolitan Transportation Authority’s plans to revitalize the city’s public transit system.

The five-year, $29 billion plan is the largest in the authority’s history, and many of its stipulations could affect the daily trips of millions of commuters.

Here are some of our favorite features:

• Continued expansion of countdown clocks on both numbered and lettered lines. Perhaps this means we can all stop peeking down the tracks.

• Introduction of “contactless” fare payment technology that could work with smartphones. Our beloved MetroCard may go the way of the token.

• Further progress on the Second Avenue Subway. Behold, the East Side!

• Improved signaling systems. May fewer of us live the Seinfeldian nightmare of midjourney delays.

While the prospect of these upgrades has us practically giddy, it may be best to temper our expectations. As the Times’ transportation reporter Emma G. Fitzsimmons told us, “These things tend to take a while.” Oh.

What improvements are you hoping for? Let us know in the comments.

Here’s what else is happening:

Those with the day off from work have even more reason to celebrate: sunny skies with a high of 74.

The temperature is expected to drop throughout the week, possibly hitting the mid- to high-50s by the weekend. Do your sunbathing while you still can.

• A former felon is drawing on his past convictions for his new career as a criminal defense lawyer. [New York Times]

• The city paid a $500,000 settlement in a wrongful death lawsuit after a man was fatally shot by an off-duty police officer in Brooklyn. [Daily News]

• A woman was fatally shot at a nightclub in Flatiron District early Monday. [New York Post]

• For a global look at what’s happening, see Your Monday Briefing.

• The journalist Dan Ephron discusses his new book, about the assassination of Prime Minister Yitzhak Rabin, at the Central Queens Y in Forest Hills. 1:30 p.m. [Free]

• A reading and discussion of a new anthology of feminist writing at the Red Room in the East Village. 7 p.m. [Free]

• The Steep Canyon Rangers bring some bluegrass tunes to the Bowery Ballroom. 8 p.m. [$20]

• A new exhibit showcasing ancient Egyptian art from the Middle Kingdom opens at the Metropolitan Museum of Art. [Free with recommended donation]

• Roads: Check traffic map or radio report on the 1s or the 8s.

Today is Columbus Day, one of 10 federal holidays celebrated this year, and yet by many measures it is the runt of the litter.

Last year, according to one study, only 14 percent of organizations and businesses were closed for the day — less than every other federal holiday and even some unrecognized occasions, like Good Friday and the day after Christmas.

One reason for the muted fervor is that the holiday is steeped in controversy. Many Native Americans have long denounced the veneration of a man who symbolizes a history of oppression.

Even as growing number of cities have refashioned the holiday as Indigenous Peoples’ Day, here in New York, it still officially belongs to Columbus.

Nearly one million spectators are expected to line Fifth Avenue for the annual parade.

But now that celebration shares the spotlight with a variety of indigenous ceremonies and festivities. The organizers of one such gathering on Randalls Island today seek to “reclaim and redefine this day.”

New York Today is a weekday roundup that stays live from 6 a.m. till late morning. You can receive it via email.

What would you like to see here to start your day? Post a comment, This email address is being protected from spambots. You need JavaScript enabled to view it., or reach us via Twitter using #NYToday.

You can find the latest New York Today at nytoday.com.