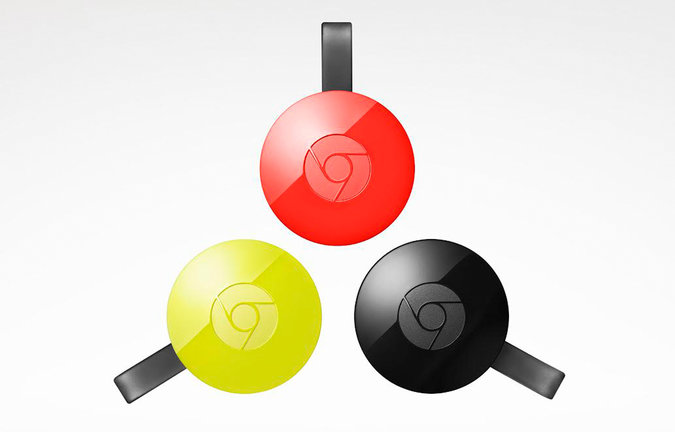 Google's new Chromecast devices are about the  size and shape of a silver dollar and are compatible with thousands of apps, including Netflix and HBO Now.Credit Google

SAN FRANCISCO — Apple used a flashy stage show this month to lay out a vision for how it wants to take over your living room. Now it is Google’s turn.

Google on Tuesday revealed two new Chromecast streaming devices — one for televisions, another for speakers — along with a new tablet computer and a pair of new devices from the company’s Nexus line of Android mobile phones.

Much like Apple, Google is pushing a future where televisions become a vessel for the Internet and channels are replaced with apps. But instead of having separate devices for music and TV, Google has tried to position the mobile phone as the center of everything — a kind of remote control for life.

Enter Chromecast, Google’s popular streaming device that beams content from mobile phones to TVs via the Internet. The idea is pretty much the same as Apple TV, but Apple TV costs $149 and is essentially a small computer with lots of storage for apps to run on a television. Chromecast costs $35 and is just a waypoint between TVs and phones. 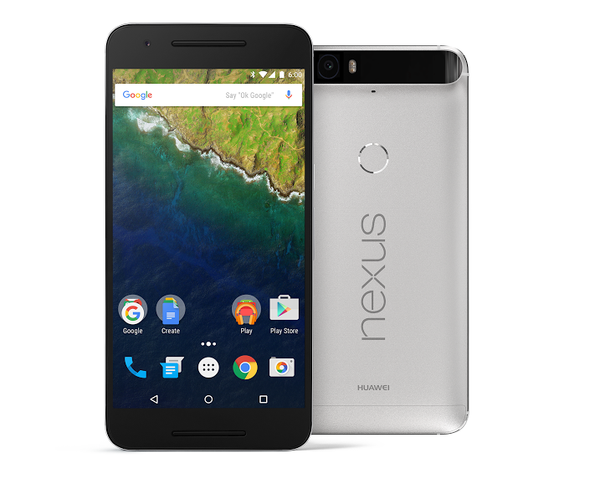 The Nexus 6P, made by Huawei, starts at $499.Credit Google

“Your favorite apps, with all of the rich features, they’re already on your phone. You’re already logged in,” said Mario Queiroz, Google’s vice president of product management for Chromecast. “And so we believe one really and effective way to bring apps to TV, to bring content through apps to TV, is just to extend the mobile apps on your smartphone.”

The field of streaming devices has become crowded — Amazon and Roku make similar products. To distinguish itself from those stick-shaped competitors, Google’s new Chromecast is about the size and shape of a silver dollar.

Google also announced that it had sold 20 million Chromecast devices and that it was now compatible with thousands of apps, including Netflix and HBO Now. For a company whose spotty hardware record includes Google Glass, the much-maligned Internet glasses, and Nexus Q, a streaming device that was never released, Chromecast is a huge success.

So Google is expanding it. On Tuesday, the company also announced Chromecast Audio, a new line of Chromecast devices that plug directly into speakers and receive music sent from a phone. Google simultaneously announced a new partnership with Spotify, the popular music-streaming app that is in a battle with Apple’s new Apple Music offering.

Sundar Pichai, Google’s new chief executive, started the event with several new statistics about Android and Chrome. There are now 1.4 billion active Android devices, up from one billion a year ago, he said.

Android has achieved that kind of scale “by investing in large open ecosystems, which we build with everyone,” he said.

Price was also a selling point for Google’s new line of Nexus phones. The smaller Nexus 5X, manufactured by LG, is just over five inches long and has an ultrasensitive camera that is designed to work better indoors, where people take most of their pictures. It starts at $379 for an entry-level phone without a contract. 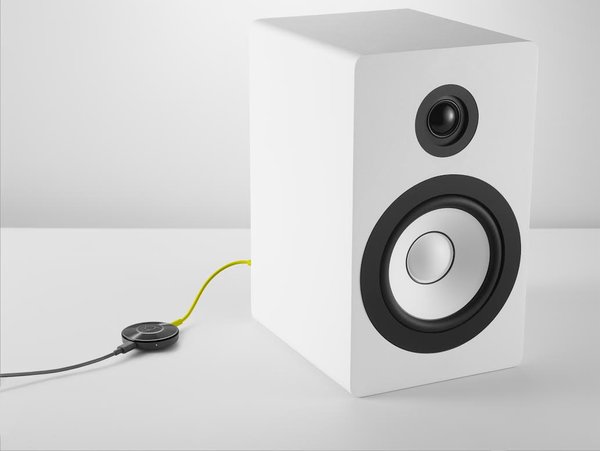 Chromecast Audio is a new line of devices that plug into speakers and receive music sent from a phone.Credit Google

Both phones use a new kind of charging cable, called USB Type-C, that powers up more quickly and has a symmetrical charging port so people won’t have to fumble to figure out which way to plug it in.

Nexus runs what Google calls the “purest” form of its Android operating system. The devices come with a few Google apps but are otherwise free of so-called bloatware — software loaded onto a device by a phone maker — that can slow the device. Also, Nexus products receive monthly security updates and come with the latest version of Android, making them a kind of showcase for new Google products.

But the devices have yet to gain much traction, in part because they are sold online instead of in retail stores. “It’s a bit of a phone for the folks in the know,” said Hiroshi Lockheimer, Google’s vice president of engineering for Android. “We’re not trying to go after the first-time smartphone buyer who doesn’t know what an app is.”

Still, Mr. Lockheimer was bullish on the future of Nexus’s online selling model, arguing that, over time, as consumers become more familiar with smartphones, they will become more comfortable buying them online as they do other products.

Google is in a strange place with mobile phones. It controls the world’s largest mobile operating system, Android, but its core advertising business — while still big and growing — has been challenged by the transition from desktop computers.

The company recently said that mobile searches had eclipsed desktop searches in several countries, including the United States. But mobile ads generally cost less than desktop ones, and mobile consumers spend more time in apps and less on the web, Google’s home turf.

Not surprisingly, both the new Chromecast devices and the newest version of Android, called Marshmallow — which comes installed on Nexus phones — have introduced new ways to search in a world that is increasingly made up of apps. A Chromecast app introduced on Tuesday, for example, can search everything the Chromecast device can stream — what the company has called “a ‘TV Guide’ for the apps on your phone.”

And on the newest version of Android, Google will finally roll out a previously announced feature, Now on Tap, that effectively imports a search box into apps, text messages and other phone-centric functions. Say, for instance, a friend sends a text message with a proposal to go to a particular restaurant. With Now on Tap, users can press a button and bring up “cards” with useful information like reviews or an address — without ever leaving the chat function.

In addition to new phones and Chromecast devices, Google announced that it would soon release a new tablet under the Pixel brand, which would be the first Google-branded tablet.