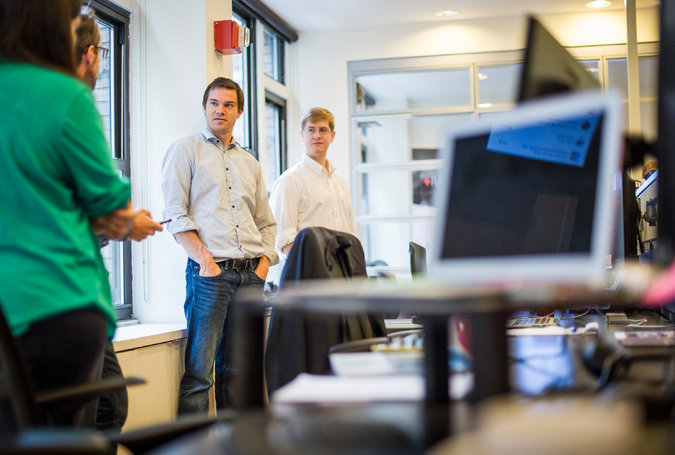 During a 2014 winter storm, Charles Martin climbed onto the roof of his rural Rockport, Ind., home to clear off a foot of heavy, wet snow. With his wife at work, Mr. Martin, a family counselor, slipped and fell off the roof, breaking his wrist and shattering his hip. Lying on his icy driveway in severe pain, he tried to call 911 on his cellphone, but the call would not go through. He lay in 20-degree cold for two hours until his wife arrived and dialed the emergency number from the landline inside the house.

The episode resonated with Mr. Martin’s son, Michael, an entrepreneur and recent Harvard Business School graduate, who was already at work on a start-up devoted to creating new technology intended to address connection problems between cellphones and the 911 system. The accident (from which his father has fully recovered) cemented his commitment to his venture.

He was astonished that smartphones — with their remarkable set of technological features, including GPS, video, Wi-Fi, language translation, Internet access and more — were unable to accurately track the location of people calling for emergency help, especially from inside buildings. “We just took one of the world’s most impressive pieces of technology and are using none of it for when we need it the most,” he said. 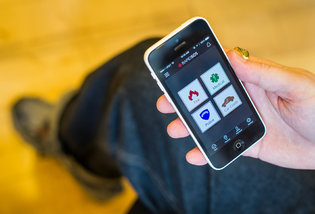 The problem has become increasingly pressing. The Federal Communications Commission estimates that more than 70 percent of 240 million annual 911 calls come from cellphones and 60 percent of those callers could not be accurately located. Because the existing 911 system, built by AT&T in the 1960s, has worked so well for landline calls, there was little impetus for change. But one report prepared for the F.C.C. estimated that 10,000 lives could be saved by improved technology.

New regulations put in place by the F.C.C. are trying to address the problem. The agency set a five-year deadline for improving location technology, but the communications industry, saying the deadline was unrealistic, has succeeded in getting the regulations modified.

Wanting to address this technology gap, Mr. Martin recognized a business opportunity. He teamed up with Nick Horelik, a Massachusetts Institute of Technology graduate with a doctorate in nuclear engineering who brought the needed technical skills to the venture. Together, they founded RapidSOS, a start-up offering a smartphone app that, with the touch of an icon, connects cellphone callers with 911 dispatch centers; it is not unlike summoning an Uber car.

The pair began to assemble a team and spent more than two years building and testing the technology, working closely with over 150 emergency dispatch centers throughout the United States and Canada, testing tens of thousands of calls and figuring out the algorithms that would give mobile phone users better access to 911 emergency services.

Having won $500,000 in several new venture competitions at Harvard and M.I.T., RapidSOS was able to build the technology and assemble a team. The company began to attract venture capital investors who saw the same opportunity that its founders had.

“This is a big problem that can be solved, should be solved, and when it is solved, it will have mass appeal,” said Dan Nova, general partner at Highland Capital Partners, a venture capital firm in Boston. Mr. Nova urged Highland Capital to become the lead investor in RapidSOS, and the firm recently provided the majority of a $5 million first round of financing for the new company.

Mr. Nova pointed out that the decision to invest was based on three main factors: Mr. Martin’s entrepreneurial skills, the team he had assembled and the business opportunity.

“We see thousands of entrepreneurs every year,” Mr. Nova said. “Michael stood out as an exceptional leader and communicator — one of the best we’ve ever seen.” Highland Partners also brought in outside technology experts to do a “deep dive into the technology,” and they were impressed. “What they are doing is brilliant and simple at the same time,” Mr. Nova said. But a great idea is one thing; building it into a successful business is another.

Unlike landline calls, which are instantly identified and located by existing 911 systems, a mobile phone call is routed to the closest cell tower and then usually to a centralized response center such as a regional state police barracks or a dispatch center closest to that tower. The system cannot precisely locate the cellphone, and time is wasted as calls are dropped or mishandled.

RapidSOS has created a program called One-Touch-911 that uses cloud telecommunications and data analytics to push essential information, including a user’s exact location, into the 911 system. With the tap of an icon on a smartphone, the call is connected to the nearest three-digit emergency number, so it will work not only in North America but also in 135 countries, and it can also transmit via Wi-Fi. Included in the free app are features to send medical information and pictures and video, language translation aids and geography-based alerts that provide instructions for users in emergency situations.

The data is transmitted directly to the nearest 911 dispatch center in a way that is compatible with the emergency system. “That means there is no new training or new equipment required for them,” Mr. Martin explained. “It looks like a landline call to them except with a host of new information coming through.”

Steve Souder, director of the Fairfax County, Va., 911 dispatch center, has had an opportunity to try the RapidSOS app. “This is a gigantic step forward, a breakthrough,” he said.

RapidSOS is getting ready to go live later this year. Mr. Martin, who worked in venture capital helping commercialize new technologies and build organizations, understands that success depends not only on rock-solid technology that will not fail, but also on business partnerships and broader applications for his product. RapidSOS has already established partnerships with large insurance companies, which will pay to offer the app to their subscribers, and is also working with universities and corporations to not only accelerate response times but also offer predictive capabilities that help users avoid accidents and disaster areas.

Mr. Martin acknowledges that RapidSOS has taken on a tough challenge. “We didn’t choose an easy area in which to build a business,” he said. “There’s a reason there has been very little innovation in this area. The infrastructure is very complex and very dated, and we had no idea how hard this would be.”

Terry Kramer, a mobile technology expert and former Vodafone Americas executive, teaches at the UCLA Anderson School of Management and is serving as an adviser for RapidSOS. He says he is impressed with the company’s technology and leadership, but adds, “Like any young company, they’ve got to execute.”

Great ideas don’t always have good timing, he says, but RapidSOS seems to be in the right space at the right time.