Jack Dorsey’s future as chief executive of Twitter will ride on the answer to a single question: Can he persuade the world’s Facebook-addled masses to take a fresh look at the bewildering 140-character messaging service that he helped found in 2006, a service that millions have already tried and abandoned?

He is apparently keen to act fast. A day after Twitter’s board announced the appointment of Mr. Dorsey as permanent chief executive, the company unveiled a long-awaited new feature aimed squarely at attracting people who now find Twitter too confusing to use. The feature, called Moments, tries to transform Twitter’s chaotic timeline into a series of narratives that are easily navigated by people who aren’t familiar with the service’s strange rituals.

When you open Twitter on your phone or on the web, you will now see a new Moments section alongside the standard timeline. Tap it and you’ll be taken to a half-dozen or so headlines pointing to the big events currently being discussed on Twitter, like “Missing ship believed sunk” or “Clinton unveils guns proposal.” Tap again on one of these headlines and you will open that “moment,” which unfolds as a story told full-screen on a phone in a selection of tweets that have been arranged by a team of editors working for Twitter. 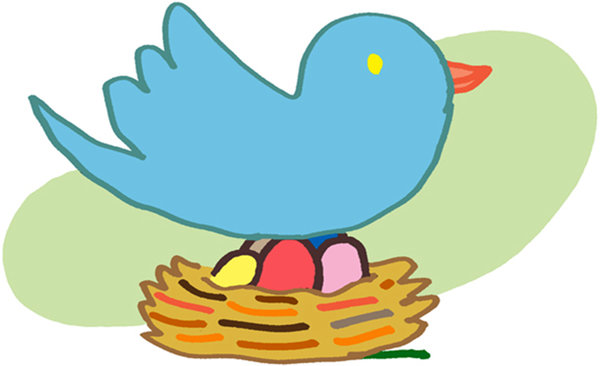 A few news and entertainment partners — including The New York Times, BuzzFeed and Major League Baseball — have also been given tools to create Moments. While each Moment can be shared and viewed by anyone using the service, the Moments tab — which lists several daily Moments — is currently available only to users in the United States. In time, the Moments tab will be expanded beyond the United States, and eventually, the company says, all Twitter users can build the new tweet-based stories.

Moments has been in gestation for nearly a year under the code name Project Lightning. The feature has been so thoroughly hyped by Twitter that when it rolls out on Tuesday, it is likely to look and feel a little less momentous than the save-the-company breakthrough that many observers may have been anticipating.

Yet in several large and small ways, Moments marks an encouraging departure for Twitter, as well as a promising inauguration of Mr. Dorsey’s tenure. Though the new feature does not take anything away from Twitter as you know it — if you like the chaos, Twitter still has plenty of it — Moments suggests the company is willing to experiment with new ways of interpreting the service.

Perhaps most important, the new feature shows the company inching toward something that has eluded it throughout its troubled history: a reason for being. For years, executives and devotees of Twitter have struggled to explain why they use it, or what anyone who isn’t a celebrity, politician, venture capitalist or journalist can get out of it.

Now, Twitter is finally offering a simple, compelling case for the service’s mainstream utility. As seen in Moments, Twitter is the one place to find out exactly what has been happening in the world very recently. If Mr. Dorsey makes this use the foundation of his new tenure, the company could stake out a unique position among rival social networks. Twitter could offer a view of the world that is broader and timelier than the hyper-personalized, friends-based picture one finds on Facebook. Not only would a service offering an expansive look at the world be useful, it might prove widely popular, too.

Moments was born out of a project started during Twitter’s hack week, an annual event held in January to encourage engineers to try new ideas. Madhu Muthukumar, the product manager for the feature, said the goal was to create an interface for people who “find Twitter too difficult to use, or for whatever reason haven’t gotten Twitter to work for them.”

A major part of their difficulty, he explained, is a lack of context. When you open Twitter now, you feel at sea — tweets come at you from all directions, and it isn’t clear what’s important, what isn’t, and, in a larger sense, what’s going on. Twitter regulars (I’m one of them) find this rush thrilling. But for most people, the stream makes little sense. 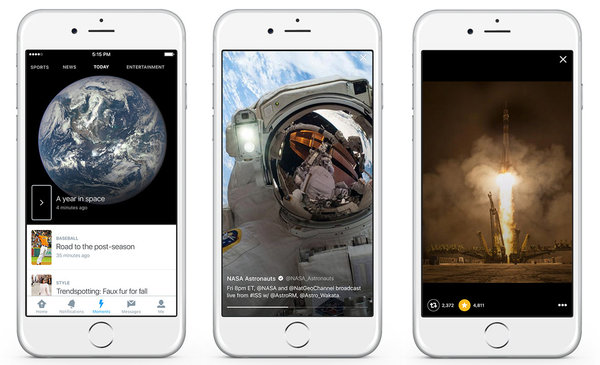 Twitter has rolled out several improvements in the last year to address this confusion, but Moments marks Twitter’s most dramatic effort to attract casual users. What is most surprising about the new feature is how willing the company seems to be to do away with many of the ideas that regulars have come to expect from the service. For instance, unlike Twitter’s main timeline, which displays tweets in reverse-chronological order without any kind of filtering based on a user’s interests, Moments presents a curated view of Twitter. The “Today” section of the Moments tab displays fewer than a dozen headlines chosen according to Twitter’s editors’ judgment about what’s important. Within each Moment, tweets are arranged in an order that makes the most sense to tell a story, not in the order they were typed.

In other words, Moments tries to build context out of the crush of Twitter’s main timeline. If Twitter as you’ve known it so far is a rushing news wire of factoids, Moments is more like a newspaper — the statements arranged into stories, thoughtfully, artfully and in a way that’s comprehensible to the vast majority of people who aren’t interested in seeing how the sausage is made.

Another novelty in Moments is a way of temporarily following certain people. Because its main timeline isn’t filtered, following someone on Twitter has long been a bigger commitment than friending someone on Facebook — follow someone on Twitter and you’ll see everything he or she tweets, whereas Facebook filters out stuff you aren’t interested in. But now, for certain events that are occurring live — like developing news stories, sports games or the weekly broadcasts of much-tweeted-about TV shows — Twitter will create a followable Moment. When you follow next week’s “Empire” Moment, for instance, your main timeline will display all the tweets that Twitter’s curators have selected about the show. When the episode is over, your timeline will cease displaying “Empire” tweets.

One final thing to notice about Moments is its laid-back pace. Twitter ordinarily moves at warp speed — you look at the timeline to see what’s happening right this second, and anything more than a few minutes old disappears under the incoming tsunami of tweets. Moments, by contrast, feels slow; when you load up the main tab, you might see a headline from three or four hours ago, an eon in Twitter time.

“We like to think of Twitter Moments as timely as opposed to real-time,” said Andrew Fitzgerald, who heads Twitter’s team of curators who will be crafting the new Moments. Moments, he said, reflect “things that are relevant but not necessarily happening at this exact instant, which allows us to break out of the ephemerality of Twitter.”

Moments will not save Twitter. The product by itself feels too slight — it needs to be just one of many efforts to attract new users.

Moments is also certain to raise novel problems for Twitter. Because picking and choosing news stories turns the company into something like an editor of news rather than simply a distributor, you can expect to see charges of bias or accusations of other ethical misdeeds that journalists regularly face. To guard against some of this, the company said it had shielded its curators from the advertising sales side of the company. Curators also refrain from choosing Moments that look like marketing for Twitter — hence, on Monday, there was no Moment pointing to Mr. Dorsey’s new job.

Even if it does cause a stir, Moments looks like a worthwhile effort. For years, Twitter has been searching for its future. Now it has a new boss and, in Moments, a rough sketch for a new direction.