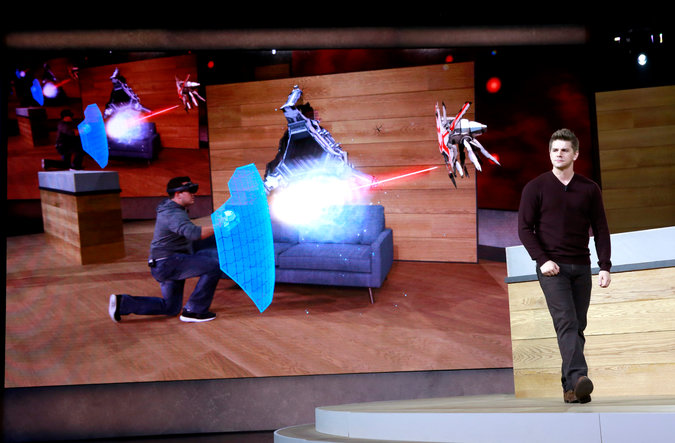 Not long ago, Microsoft had little interest in being in the hardware business, aside from its Xbox game console, computer keyboards and mice. On Tuesday, though, the company packed an event in New York with all its latest devices.

Microsoft introduced the new laptop, Surface Book, and its latest Surface tablet computer. The company showed new smartphones, which people can plug into big displays to use as they would ordinary PCs, a wearable fitness band and its HoloLens augmented reality headset.

The products are a sign of how much Microsoft has changed in the last few years as it shifts further from its roots as a software maker to a company that, in some cases, believes it has to invest in hardware to stay competitive.

In many cases, those investments have not paid off. But that has not stopped Microsoft from keeping at it.

The devices Microsoft showed also served a bigger corporate agenda — illustrating the possibilities of Windows 10, a new Microsoft operating system designed to run nearly any device. The company has not fully gravitated to Apple’s approach of making all its own hardware. It still wants other companies to make the bulk of Windows devices and says it believes that its own hardware can inspire others to push the boundaries of their products. 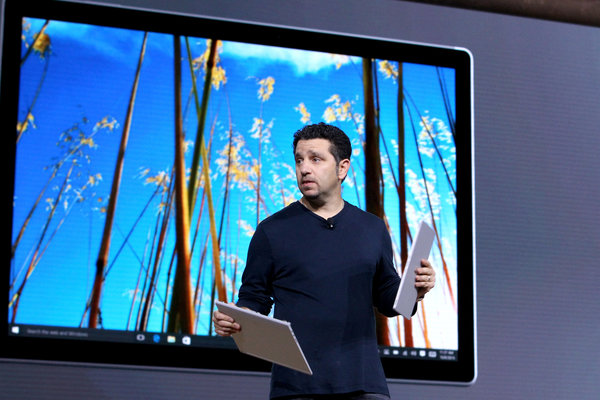 “We made the ultimate laptop,” Panos Panay, head of Microsoft’s devices business, said of the company's Surface Book.  The device has a traditional keyboard attached to the screen through a hinge, but the two can be separated so the display can be used as a tablet.Credit Mark Van Holden/Associated Press Images, via Associated Press Images for Windows

Microsoft is also counting on Windows 10 to encourage more developers to create apps for Windows by making it easier for them to write software for different categories of devices. Apple and Google, with their mobile technologies, have displaced Microsoft as the companies with the biggest followings among developers.

Of the new devices announced Tuesday, the Surface Book garnered the most attention because it plunges Microsoft deeper into making PC hardware. The company positioned the device, which starts at $1,499, as a more powerful competitor to Apple’s MacBook Pro.

While the device has a traditional keyboard attached to the screen through a hinge, the two can also be separated so the display can be used as a tablet. “We made the ultimate laptop,” said Panos Panay, head of Microsoft’s devices business.

Microsoft also showed its new Surface Pro 4, the fourth generation of its tablet. The device, which starts at $899, has a 12.3-inch screen; the previous model had a 12-inch screen.

J.P. Gownder, an analyst at Forrester Research who attended the event, said Microsoft’s flashy presentation in New York and its products were more polished than usual. “They not only had the showmanship to tell their story better than in the past, they actually had the products to back it up,” said Mr. Gownder. 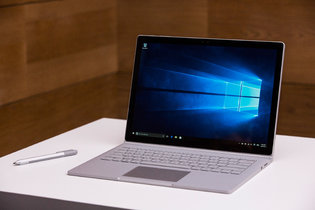 After poor initial sales of the device when it was introduced a few years ago, Surface has turned into a meaningful business for Microsoft. During its last fiscal year, the company said, Surface sales were $3.6 billion.

The growth of the business, though, represents a potential threat to Microsoft’s partners in the hardware business, who in most cases are struggling with thin profit margins already. If Microsoft steals sales with an expanding line of PCs, it could gradually undermine the desire of hardware makers to use Windows on their devices, choosing an alternative like the Chrome OS from Google instead.

For now, Microsoft has kept peace publicly with its hardware partners. Two of them, Dell and Hewlett-Packard, have agreed to sell the company’s Surface Pro tablets to business customers through their sales forces. Those deals do not include the new Surface Book.

Smartphones have been the most unforgiving and costly new hardware venture Microsoft has entered. After the company acquired Nokia’s handset business last year, sales of the devices steadily worsened. In July, Microsoft took a $7.6 billion accounting charge stemming from the deal, writing off nearly the entire value of the acquisition.

At the time, the company also vowed to pull back its ambitions in smartphones, offering fewer models. The move was an acknowledgment that there is little hope of dislodging Apple’s iPhone and devices based on Google’s Android operating system from their dominant positions in the market, particularly in the short term. 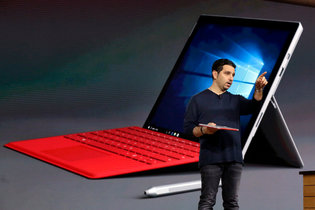 On Tuesday, Microsoft showed those new smartphone models, including two high-end phones, the $549 Lumia 950 and the $649 950 XL. The devices will enter the crowded big-screen phone category, with 5.2-inch and 5.7-inch displays.

The company is trying to differentiate the phones by making them function more like traditional PCs. Using a capability in Windows 10 called Continuum, the new phones can project their screens onto large displays when they are plugged in. Microsoft demonstrated Office running on a Lumia phone, viewed on a big display and controlled by a computer mouse.

“These phones really do start to act like a PC,” said Mr. Panay. “It’s super powerful.”

In a research note, Ian Fogg, an analyst with IHS, a technology research firm, called the design of the new phones “unexciting and conventional.” He said there was little chance they they would help Microsoft break out of the smartphone niche, accounting for less than 3 percent of worldwide shipments, that it currently occupies.

“Microsoft needs to create a smartphone which has the equivalent effect to the Surface Pro’s impact on the laptop PC,” Mr. Fogg wrote. “Neither of the new Lumia smartphones fulfills this role and IHS sees no reason to adjust its smartphone forecast as a result.”

The company showed a new game for its HoloLens headset, Project Xray, which allows anyone wearing the device to shoot simulated holes in walls using a blaster that appears to surround their wrist. Microsoft said a developer version of HoloLens would be available in the first quarter of next year for $3,000. The company did not say when it intended to ship the final version of the product for the public.

Satya Nadella, Microsoft’s chief executive, said HoloLens was a good example of Microsoft’s motivation for creating new hardware categories where they did not exist before.