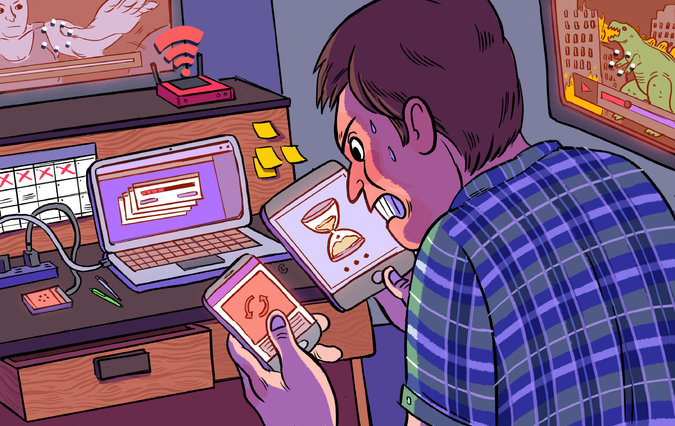 Bob McConnell, a retired engineer, set up a new wireless router in his home this year to get faster Internet speeds. Instead, he got the opposite, with his iPad often getting no wireless connection in his bedroom.

For days, he tinkered with the router’s settings, but couldn’t figure out a fix. “It was totally ruining my life,” said Mr. McConnell, who lives in a condominium building in Kirkland, Wash. “Things would work, and then the next morning they wouldn’t work again.”

What Mr. McConnell experienced is a situation we call “Wi-Fi headache,” and it’s an ailment that many can relate to. The condition is rooted in the networking devices called routers that people install in their homes for Wi-Fi connectivity. Most routers are difficult to configure for anyone who doesn’t work in an information technology department. Jargony tech terms like 802.11 or dual-band add to the confusion when people upgrade a router or try to decide which one to pick.

So to diagnose and cure Wi-Fi headaches, we teamed up with The Wirecutter, the product recommendations website. The Wirecutter put dozens of top-rated routers and devices through hundreds of hours of testing to pick out the best router for most people and come up with other recommendations tailored to different living situations and budgets. It also ran new tests for The New York Times to come up with best practices for getting a stronger, faster Wi-Fi signal.

Continue reading the main story Choosing the Right Wi-Fi Router for You The Wirecutter tested dozens of routers for hundreds of hours and chose a handful for different living situations and budgets. 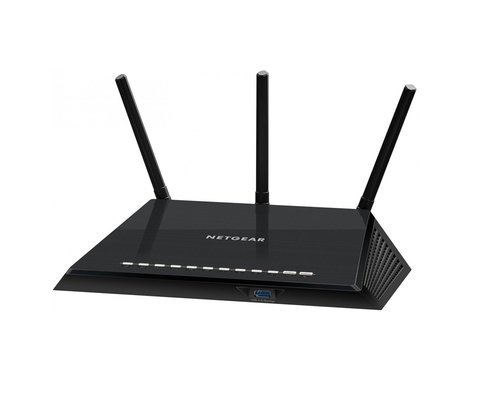 The bottom line: People with devices both new and old will see an improvement by upgrading to a recent router that supports the latest Wi-Fi standards. But they should be wary of buying a cheap router that isn’t any good, or spending too much on one that is too complex for their needs.

Why Your Wi-Fi Stinks

Wi-Fi headaches start with how the technology has evolved. For years, router makers like Netgear, Linksys and Cisco focused on making Wi-Fi technology transmit data at higher speeds and over longer distances.

That did little to prepare people for the explosion of Internet-connected mobile devices. In buildings crowded with smartphones, computers, smart TVs and tablets, the devices’ signals are now fighting for room on the same radio channels. And routers are spewing out energy for longer distances that may be bumping into neighbors’ signals.

“The router manufacturers are kind of brain-dead,” said Dave Fraser, the chief executive of Devicescape, which develops technology for making public Wi-Fi networks usable for mobile phone service. “All they were thinking about was supporting people with laptops in their homes and commercial environments. All of a sudden Wi-Fi is in everything and everywhere, and we’re moving around our homes much more.”

Router manufacturers have more recently improved Wi-Fi technology with mobile devices in mind, said Mr. Fraser. New routers often include smarter antennas that do a better job of assembling signals and beaming energy toward devices that are moving around.

Some features inside newer routers also help reduce signal interference. Newer routers typically can transmit data over two radio frequencies — 2.4 GHz and 5 GHz — and give you the option to split them up into two separate Wi-Fi networks. In general, the 2.4 GHz band transmits data farther and is more crowded because many types of devices, like cordless phones and microwaves, use that frequency. The 5 GHz band is less congested but typically travels a shorter distance.

Consumer behavior is also to blame for Wi-Fi headaches. People may wait years before buying a new router, so their devices might be more up-to-date than their infrastructure. An outdated router becomes a bottleneck that hinders the speeds of web downloads and file transfers between connected devices.

Some people never upgrade routers, especially those who still use the router that their Internet service provider lent them years ago. Those routers, which often double as modems, are often slow and short-ranged. That means it is time to buy a newer, faster router.

The Wirecutter performed a battery of tests on two top-performing routers with six devices, and the results were unmistakable: If your current router is at least three years old, there is no reason not to upgrade to a new router.

Not only can a newer router improve the speed and range for users, the routers typically have upgraded internal components and strong external antennas. Many also support the latest Wi-Fi standard — 802.11ac — which has top speeds that are nearly three times faster than the previous standard, 802.11n, for the fastest wireless devices you can buy today.

Many smartphones, tablets and laptops released since 2013 support 802.11ac. But even older devices that support only the previous standard, 802.11n, can enjoy faster speeds at long range with a newer 802.11ac router.

To get an idea how each device performed with each router, The Wirecutter’s Wi-Fi expert, David Murphy, tested file transfer speeds, video streaming speeds, music streaming quality and video call quality at a short range of 11 feet and a long range of 43 feet.

Most tested devices had 19 percent to 54 percent faster download speeds and shaved 3 to 48 percent off their file-transfer times when paired with the Archer C7 compared with the older 802.11n Netgear router. The devices also did better on the Archer C7’s 5 GHz Wi-Fi network than on its 2.4GHz network at the same locations. In comparison, The Wirecutter could not connect to the Netgear router’s 5 GHz Wi-Fi at its long-distance test location.

In summary: For a stronger, faster wireless connection, stay on the router’s 5 GHz band for as long as you can. Older routers aren’t the best at that; a newer router like TP-Link’s Archer C7 is a much better option.

The best router for most people is the Archer C7 ($100). It’s a dual-band 802.11ac router, meaning it can run both 2.4GHz and 5 GHz Wi-Fi networks, and it supports the fastest Wi-Fi speeds of every wireless device you can buy, including the MacBook Pro, the Samsung Galaxy S6 or the brand-new iPhone 6s. The Archer C7 is faster over longer distances than most routers that cost $150 or more, and it’s the best value of the more than two dozen routers The Wirecutter tested in the last two years.

The Archer C7 isn’t for everyone. So The Wirecutter also combed through test results and picked some routers for different living situations, such as small apartments or homes where people primarily use Apple devices.

Yet whether your smartphones, computers and tablets are one, two or five years old, now is a good time to buy a new router if you haven’t in the last three years. Newer devices are probably using the 802.11ac standard, so you will get the fastest speeds at long distances with an 802.11ac router. If you hoard old devices, you will also get faster speeds and greater range. These benefits will be especially clear if you stay on a 5 GHz Wi-Fi network for as long as you can.

One caveat: If you use a slower Internet service like DSL, you can probably hold on to a router for longer than three years. A newer router can still be useful because of the improved wireless range, but you won’t experience a big difference in speeds.

If your house is so large that a new router won’t be able to cover every inch with a great Wi-Fi signal, you could install a Wi-Fi extender, which enhances an existing Wi-Fi connection to increase coverage. Powerline networking, which converts a house’s electrical wiring into a wired Internet connection, is another option, but you’ll have to check if your home supports it.

As for Mr. McConnell, the retired engineer eventually solved his Wi-Fi headache by setting up his devices to stay on the 5 GHz radio band. To get a Wi-Fi signal to his iPad in the bedroom, he also set up an extender. Now everything is smooth sailing, he said.