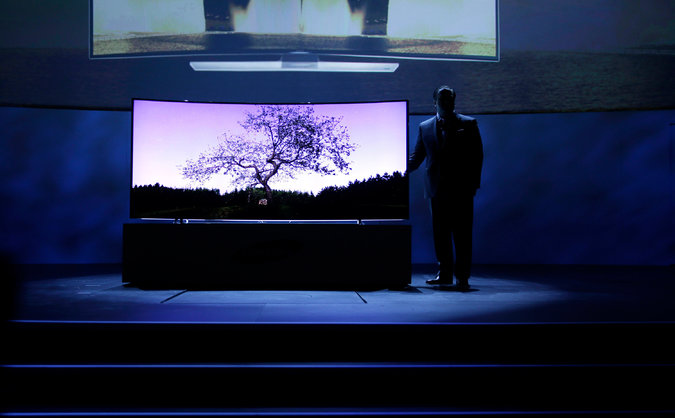 The emissions scandal at Volkswagen was the latest instance in the auto industry’s long history of skirting safety or environmental rules, with regulators now vowing to establish more stringent tests.

Makers of consumer appliances and electronics have gone down a similar path, but tight federal standards and frequent testing have made it harder for manufacturers to skirt the rules.

Still, consumer groups and advocates said regulators must remain vigilant because the pace of technological change and innovation often exceeds the speed at which federal standards can be established. Common household items are packed with more electronics than ever, adding lots of features, but also providing the possibility of deceit.

Last week, for instance, Samsung denied that some of its high-definition televisions used less energy during testing conditions than in real-life use. This came after a European Union-financed laboratory raised questions about whether a feature known as “motion lighting” was intended to game energy efficiency tests.

Samsung said the technology, which dimmed the screen’s brightness in some circumstances, was an “out-of-the-box feature” that remained turned on whether at home or during tests. The feature “is not a test-cheat” and helps save energy, the company said in a statement posted online.

Noah Horowitz, an energy efficiency expert at the Natural Resources Defense Council, said that advanced controls and other types of electronics in many consumer devices and appliances increased the potential for mischief by manufacturers.

“Volkswagen has raised everybody’s eyebrows,” Mr. Horowitz said. “The reality is that more and more controls and minicomputers are being built in many products, whether appliances, electronics or televisions, and that technology makes it possible to game the tests.”

He added, “Our test methods need to get smarter and become much more resistant to gaming.”

Mr. Horowitz said some testing performed by his group on new ultrahigh-definition televisions, also known as U.H.D. or 4K TVs, also unveiled what he called unusual behavior in one of the models sold in the United States. Mr. Horowitz would not identify the manufacturer until further testing was performed, but he said the difference in energy consumption between regular use and during tests was significant.

“As this is still a work in progress, it is not appropriate for us to name a manufacturer at this time,” he said.

Cheating is not unheard-of. Five years ago, LG sold refrigerators with so-called circumvention devices that activated an energy-saving mode when detecting testing conditions.

The deception meant the refrigerators appeared to require much less energy in daily use. After this was discovered, in 2010, LG was forced to strip the Energy Star label from these models and it agreed to compensate consumers to make up for the difference they paid on their power bills.

But researchers and energy efficiency advocates said the potential for such fraud appears more limited today. Jennifer Amann, the buildings program director at the American Council for an Energy-Efficient Economy, said the Energy Department, the Environmental Protection Agency and the Federal Trade Commission, which are all charged with enforcing energy standards, had improved their compliance and monitoring efforts in recent years.

“There has been a lot of work to make sure the test procedures limit opportunities for gaming, but also performing tests that are more reflective of what is happening in the field,” Ms. Amann said.

Five years ago, the Energy Star program came under heavy criticism for rubber-stamping products without vetting them properly. A report by the Government Accountability Office found that the program had granted its label to nonexistent products that auditors submitted, including a gasoline-powered clock and a space heater with a feather duster.

Since then, Energy Star, which is certified by the Environmental Protection Agency, has tightened its certification system, set up a network of third-party testing and re-established its credibility, according to consumer advocate groups and manufacturer representatives. The program recognizes the most energy-efficient products in their category, a major selling point for manufacturers who are eager to apply for the label.

Unlike standards for automakers, though, the Energy Star program is voluntary.

“Even as a voluntary program, it’s been tremendously successful,” said Mark Connelly, a senior director in charge of product testing at Consumer Reports. “It really simplifies things, and that’s why it’s so efficient. And because consumers like this simplicity, manufacturers have really tried to make their products Energy Star compliant.”

Mark Cooper, director of research at the Consumer Federation of America, praised the changes to the program.

“There is no doubt that the standards programs have been very effective and that well-designed performance standards are very effective,” he said. “For most of these products, there is very solid government agency oversight and a very significant crowdsourcing enforcement.”

At the same time, the Energy Department has strengthened its testing and compliance methods for minimum energy standards, which are different from the Energy Star program, that must be met for manufacturers of refrigerators, air-conditioners, dishwashers, heaters and many other appliances that account for 90 percent of home energy use.

The Environmental Protection Agency conducts routine market-performance testing to check manufacturers’ claims under the Energy Star program, for instance. The Federal Trade Commission and the Energy Department have also increased their activity and can fine manufacturers for false reporting.

Since 2010, the Energy Department has tested more than 4,500 products and found that 500 did not meet federal standards, said Kathleen Hogan, the deputy assistant secretary for energy efficiency at the Department. These tests were part of a major push by the Obama administration to strengthen its monitoring and oversight and improve its energy-efficiency programs.

The Energy Department has also completed new efficiency standards for more than 30 household and commercial products, including dishwashers, refrigerators and water heaters. The department estimates that these would save consumers nearly $522 billion through 2030.

“Consumers can be very confident in the efficiency of the appliances they buy,” said Joseph McGuire, president of the Association of Home Appliance Manufacturers, the industry’s trade group.

He cautioned that regulators needed to come up with standards and test procedures that manufacturers could perform repeatedly.

Government agencies can also rely on another aspect of market self-policing: Appliance makers routinely test their rivals’ products and check their efficiency and performance claims, according to researchers and officials.

Testing standards have also improved, and they are updated every three years. For instance, a few years ago, the testing for dishwashers was conducted using mostly clean dishes. But modern dishwashers are equipped with sensors that can automatically adjust their washing cycles based on how dirty their load is.

This meant that those new models appeared to be a lot more efficient than when used at home, said Mr. Connelly of Consumer Reports, who has testified about this topic before Congress.

That, too, has changed. Dishwasher tests are now conducted with dirty dishes.