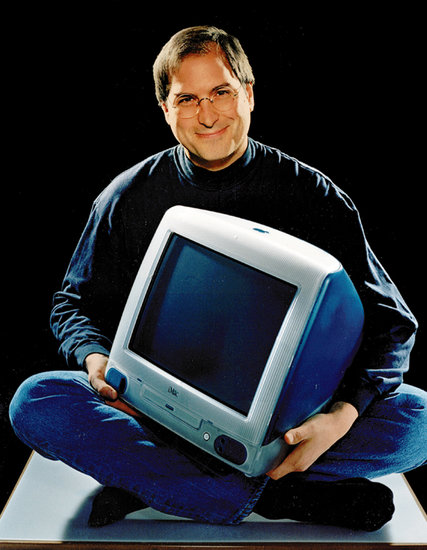 Steve Jobs, with an iMac in 1998.Credit Moshe Brakha/Apple, via Associated Press

Not long ago, Larry Page watched the Disney film “Tomorrowland.” He didn’t like it.

Mr. Page, the co-founder of Google and the chief executive of its parent company, Alphabet, told shareholders in June that he wanted to see a positive depiction of technological advances, which is rare in the movies. But while Mr. Page is an optimist’s optimist, like many critics he thought “Tomorrowland” was a little too utopian. He’d hit on a central problem with attempts to imagine the future in the sunny way that many in Silicon Valley see it: A perfect future makes for a boring story.

“Steve Jobs,” the director Danny Boyle’s new biopic about the late Apple impresario, aims to get around that problem. The film, which stars Michael Fassbender as Mr. Jobs, is nominally a story about a tech visionary who is unpleasant to just about everyone around him. Yet surprisingly, “Steve Jobs” ends up presenting Mr. Jobs in a positive light, partly because it accepts that his products did change the world for the better, in just the ways he’d promised they would.

“Steve Jobs” will be seen by many as an attack on Mr. Jobs — his family and his former colleagues have harshly criticized it — but that is just half the story. The film ultimately suggests that the deeply unpleasant behavior of people in the tech industry may be worth putting up with because of what they sometimes manage to create, often in spite of themselves. It is one of the few pop cultural depictions of the tech industry to buy into Silicon Valley’s essential worldview: an aggressive optimism that is willing to roll over just about everything and everyone in its path in the service of what it sees as the more important goal of building tomorrow.

The film, which opens in limited release this weekend and more widely on Oct. 23, is the most sophisticated take yet in a growing body of movies, TV shows, novels and other cultural takes on Silicon Valley. Based on a screenplay by Aaron Sorkin that is loosely adapted from Walter Isaacson’s authorized biography of Mr. Jobs, this is the third major film about the Apple co-founder since his death in 2011. There was also “Jobs,” the 2013 movie starring Ashton Kutcher, and, this year, “Steve Jobs: The Man in the Machine,” the documentarian Alex Gibney’s critical take on Mr. Jobs.

Beyond Apple, there’s “Silicon Valley,” the HBO comedy about the travails of a start-up, and “Halt and Catch Fire,” the AMC drama about the brutal personal computer business of the 1980s. Then there was “The Social Network,” the 2010 film on the history of Facebook, which Mr. Sorkin also wrote. Even stories not nominally about the industry feature cameos by tech billionaires, who have become easy stand-ins for the powerful forces unleashed by technology — see “Book of Numbers,” the recent acclaimed novel by Joshua Cohen, or the Google-like founder who’s the chief villain in the film “Ex Machina.”

The Times critic Nicolas Rapold reviews “Steve Jobs: The Man in the Machine.”

It’s easy to explain the bumper crop of pop-cultural takes on the tech industry. Like finance in the 1980s, technology has lately become not just a source of widespread economic angst, but one of social and cultural angst. And a small class of tech founders have become the most powerful figures of our time. Techies are the “New Establishment,” as Vanity Fair calls them. The magazine even hosts an annual conference devoted to the emerging group of titans who seem certain to one day preside over every aspect of how we buy, watch, read, chat, eat, sleep, dream — if they don’t already.

And if the recent movies and TV shows about the tech industry are anywhere near accurate, we are all in for a heap of trouble. The tech founders who will rule our future are shown as hapless and comically myopic, inspired either by a desire for world domination or by petty efforts to relieve their social anxieties.

What is unusual about “Steve Jobs” is its search for a more authentic motivation for the villainies that we associate with tech billionaires like the Apple co-founder. “Steve Jobs” is not very kind to Steve Jobs. He is presented as a man who spent years denying paternity of his daughter and who later only grudgingly paid for her support. At every turn, he treats employees and colleagues as expendable cogs in his corporate game, often without understanding the damage he inflicts on those around him.

Yet unlike many across the business world, the Steve Jobs in this film is not motivated mainly by ego and greed. Instead, what really gets him going is an insatiable desire to “put a dent in the universe,” as Mr. Jobs often put it. Silicon Valley’s insistence on changing the world is usually pilloried in the news media. But here, Mr. Jobs’s mission is accorded respect — and his behavior, the film implies, can be ultimately tolerated because of what he built. 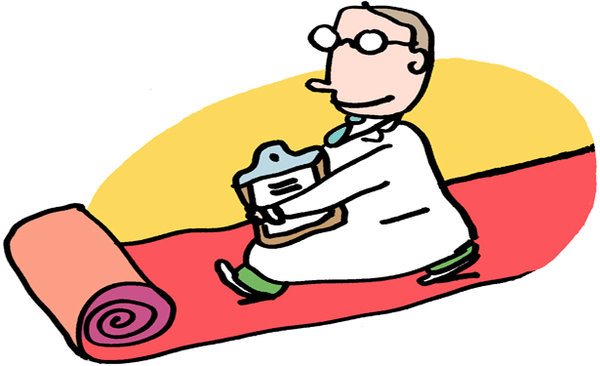 Part of the film’s success in this regard rests on Mr. Sorkin’s decision to set the story on the development of the personal computer, a technology whose eventual importance is no longer a matter of dispute. Mr. Jobs’s other great product, the touch-screen smartphone, may one day prove more thoroughly world-changing, but at the moment, it raises almost as many fears as it does hopes, and the film wisely stays away from it.

The personal computer, though — who could argue that it hasn’t proved groundbreaking? To show Mr. Jobs’s ability to see the future, Mr. Sorkin quotes Mr. Jobs’s best argument for the personal computer almost word for word. Humanity’s greatest strength, Mr. Jobs once noted, is that we’re tool builders. A condor is the most mechanically efficient animal on the planet, but a human being on a bicycle blows the condor away.

“What a computer is to me is, it’s the most remarkable tool that we’ve ever come up with,” Mr. Jobs said. “It’s the equivalent of a bicycle for our minds.”

The ultimate importance of the personal computer hangs over every conflict in the film. When Mr. Jobs harangues his staff, when he puts the company ahead of his supposed friends, when he shows little regard for his family in the service of building what’s next, he implicitly holds an ace with the audience who know how things eventually turned out. Sure, he may have been terrible to be around, but in the end, wasn’t he right about the importance of that dent in the universe? And if he hadn’t been as obnoxious about his aims, would the dent have been as large?

During an argument late in the movie, Steve Wozniak, Apple’s co-founder, who, like everyone else, often clashed with Mr. Jobs, tells him: “Your products are better than you are, brother.”

“That’s the idea,” Mr. Jobs responds. The tech industry may be peopled by many petty, ruthless, self-important weirdos. But look at the products, not the people. In the future, only the products will matter.