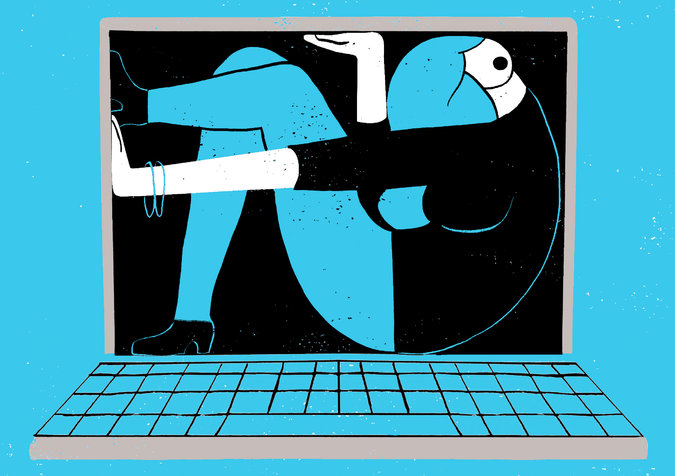 TECHNOLOGY companies know they have a gender and diversity problem in their work force, and they are finally taking steps to try to fix it. But where are those new employees going to come from if women and minority students aren’t opting to study computer science or engineering?

Figuring out why people who choose not to do something don’t in fact do it is like attempting to interview the elves who live inside your refrigerator but come out only when the light is off. People already working for a company might tell you what makes them unhappy. But these complaints won’t necessarily pinpoint the factors that keep women and minorities away from studying computer science in the first place.

As a woman who earned a bachelor of science degree in physics in the 1970s but left the field because I felt I didn’t belong, I have long been interested, and focus here, on women in science and math. I was fascinated, but not surprised, to learn that many young women today avoid studying computer science because they, too, fear they won’t fit in.

Do Nerd Stereotypes Really Keep Women Out of Tech?

What advice do you have for women entering technology and science careers but are afraid they won’t “fit in”? Or, if you’re a student, how have you seen gender dynamics play in your classrooms? Leave a comment with this article or on The Times Opinion Facebook page.

Over and over, Dr. Cheryan and her colleagues have found that female students are more interested in enrolling in a computer class if they are shown a classroom (whether virtual or real) decorated not with “Star Wars” posters, science-fiction books, computer parts and tech magazines, but with a more neutral décor — art and nature posters, coffee makers, plants and general-interest magazines.

The researchers also found that cultural stereotypes about computer scientists strongly influenced young women’s desire to take classes in the field. At a young age, girls already hold stereotypes of computer scientists as socially isolated young men whose genius is the result of genetics rather than hard work. Given that many girls are indoctrinated to believe that they should be feminine and modest about their abilities, as well as brought up to assume that girls are not innately gifted at science or math, it is not surprising that so few can see themselves as successful computer scientists.

In another experiment, Dr. Cheryan and her colleagues arranged for female undergraduates to talk to an actor pretending to be a computer science major. If the actor wore a T-shirt that said “I CODE THEREFORE I AM” and claimed to enjoy video games, the students expressed less interest in studying computer science than if the actor wore a solid shirt and claimed to enjoy hanging out with friends — even if the T-shirt-clad actor was another woman.

Such superficial stereotypes might seem laughably outdated. And yet, studies show that the public’s image of a scientist hasn’t changed since the 1950s. And such stereotypes do have a basis in reality. Who could fail to notice that only one of the eight people awarded Nobel Prizes in science or medicine last week was a woman?

The percentage of women studying computer science actually has fallen since the 1980s. Dr. Cheryan theorizes that this decline might be partly attributable to the rise of pop-culture portrayals of scientists as white or Asian male geeks in movies and TV shows like “Revenge of the Nerds” and “The Big Bang Theory.” The media’s intense focus on start-up culture and male geniuses such as Steve Jobs and Bill Gates might also have inspired more young men than women to enter the field.

Men sometimes scoff that if young women let such nebulous factors deter them from careers in physics or computer science, the women are exercising their own free choice, and if girls were tough enough, such exaggerated stereotypes and feelings of discomfort wouldn’t discourage them.

Yet I wonder how many young men would choose to major in computer science if they suspected they might need to carry out their coding while sitting in a pink cubicle decorated with posters of “Sex and the City,” with copies of Vogue and Cosmo scattered around the lunchroom. In fact, Dr. Cheryan’s research shows that young men tend not to major in English for the same reasons women don’t pick computer science: They compare their notions of who they are to their stereotypes of English majors and decide they won’t fit in.

All this meshes with my own experience. Even though I felt more comfortable wearing a T-shirt and jeans than a skirt and high heels, after four years of studying physics at Yale I felt so much pressure to dress and act like a man that I became extremely uncomfortable about my identity as a woman. I loved teaching myself to program the university’s new IBM mainframe. What a miracle it seemed that boxes of punched cardboard cards could produce pages and pages of a printed simulation of a collision between a K meson and a proton.

But the summer I worked as a programmer at Oak Ridge National Laboratory in Tennessee, I felt out of place among my mostly male colleagues because I hated drinking beer and didn’t like being mocked for reading novels. Not to mention that the men who controlled access to the computer made me listen to a barrage of sexist teasing if I wanted to be given that day’s code to run my program.

Despite my passion for physics, I didn’t feel what Dr. Cheryan calls “an ambient sense of belonging” and left science. As this new research demonstrates, young women today still are avoiding technical disciplines because, like me, they are afraid they won’t fit in.

To make computer science more attractive to women, we might help young women change how they think about themselves and what’s expected of them. But we might also diversify the images of scientists they see in the media, along with the décor in the classrooms and offices in which they might want to study or work.

As Dr. Cheryan points out, stereotypes are only partly true, and women who actually take classes in computer science don’t hold the same prejudices as women who get their ideas from pop culture.

This is why Mayor Bill de Blasio’s recent announcement that within 10 years all of New York City’s public schools must offer at least some training in computer science is so important. All students will have the opportunity to decide for themselves if they like this work.

At the college level, some fairly simple changes have proved stunningly effective. At Harvey Mudd College, strategies such as creating separate introductory classes for students with no programming experience and renaming courses (“Introduction to programming in Java” became “Creative approaches to problem solving in science and engineering using Python”) led to an increase in the percentage of computer science majors who are female, from 10 to 40 percent, in four years.

Computer scientists and engineers are going to be designing the future that everyone inhabits. We need women and minorities to enjoy an ambient sense of belonging in those professions if the future they create is going to be one in which all of us feel at home.