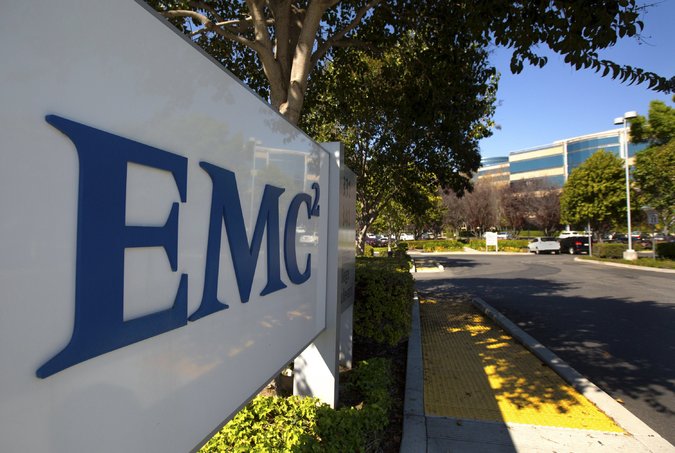 SAN FRANCISCO — Two years ago, Michael S. Dell succeeded in taking the company that bears his name private, giving him time and flexibility to adapt it to a rapidly changing technology industry.

Now Dell is poised to strike the biggest-ever takeover in the technology industry by buying a fellow company grappling with swift changes: the storage provider EMC.

In striking its deal of more than $60 billion, Dell and its financial backer, the investment firm Silver Lake, are betting that a huge acquisition will help one of the best-known names in the industry keep up with the times.

No longer can a company like Dell thrive simply by making personal computers, the business that its founder began in his dorm room three decades ago. Mr. Dell recognized that when he and Silver Lake took the company private two years ago, with the goal of continuing to move toward corporate computing services away from the glare of the public stock markets.

Buying EMC would give Dell one of the biggest names in computer data storage, adding to existing offerings like network servers, corporate software and mobile devices. 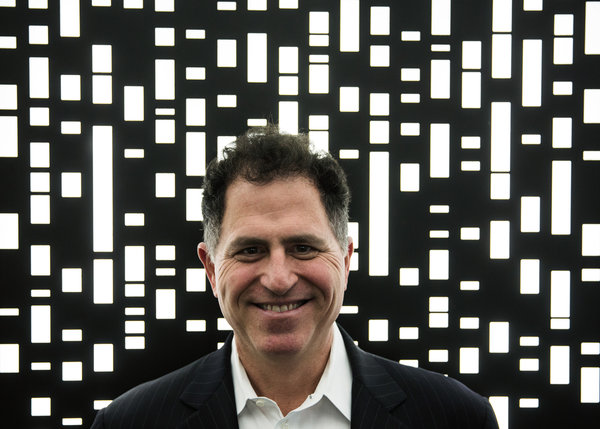 “We’re continuing to evolve the company into the most relevant areas where I.T. is moving,” Mr. Dell said in an interview. “This deal just accelerates that.”

Under the terms of the deal, Dell will pay the equivalent of $33.15 a share in a complicated transaction involving both cash and a special kind of stock. That price is about 27 percent higher from where EMC’s shares were trading before news of the deal first emerged.

The takeover is an ambitious bet on a number of fronts. While the rapid pace of big mergers and acquisitions has not stopped, Dell, in buying EMC, would acquire a huge amount of debt. But that money would be borrowed before an expected rise in interest rates.

And it would mean making Dell even bigger at a time when companies of all stripes believe smaller is better. Many huge tech companies have announced plans to break themselves into their components, each devoted to a particular part of the market.

Moving away from the conglomerate model, proponents contend, means that each business will have greater focus from both management and from shareholders, hopefully resulting in a higher stock price for the new companies.

Tech companies have been no exception. Hewlett-Packard, for instance, is close to completing a split of its enterprise-services business from its personal computer arm. EBay spun off its PayPal payments business from its core e-commerce market division earlier this year.

EMC itself has been criticized by investors for its so-called “federation,” a collection of businesses that range from data storage to networking to content management, though its management has largely rebuffed calls for a total breakup of the company.

Yet Mr. Dell and his counterpart at EMC, Joe Tucci, argue that sticking with the one-stop-shop business model would help it draw corporate customers eager to buy servers.

Founded outside Boston nearly four decades ago, EMC has been one of the last huge East Coast tech companies. Yet it has struggled over the past decade as the cost of data storage has plummeted, and as additional acquisitions failed to reverse its fortunes.

Shares in EMC had fallen more than 12 percent before news emerged about the talks.

The bulk of the company’s value is now in its 81 percent stake in VMware, the hugely popular maker of virtualization software that emulates different operating systems. That company has a market value of about $33 billion, valuing EMC’s stake at about $27 billion.

EMC as a whole was valued at about $53.6 billion as of Friday’s close.

Since last year, EMC has been under significant pressure from Elliott Management, a $27 billion hedge fund with a track record of shaking up tech companies that it believes are underperforming.

Though the company struck a truce with its dissident investor in January, it has yet to produce a comprehensive turnaround plan. Elliott has been patient, making no public statements even though a standstill agreement between the two expired last month. But analysts have questioned whether the activist investor would again raise its voice and call for sweeping changes.

Over the past couple of months, though, EMC has been quietly negotiating with Dell and Silver Lake on a sale of itself, after previous efforts — including a potential sale of itself to H.P. — fell apart.

Dell was a natural acquirer. Mr. Dell’s company has already spent billions of dollars on its shift away from personal computers. And in its new life as a privately held company it has moved faster on business decisions, without the second-guessing from public market investors.

“This is the ultimate platform company,” Egon Durban, a managing partner at Silver Lake, said. “This is everything we love as an investor.”

Dell’s business performance, or what one can glean of it, also appears to be holding up. Its overall share of the global PC market has held relatively steady at about 14 percent, in part because its sales have slipped less than those of its rivals.

Taking EMC private could afford that company the same sort of breathing room Dell has enjoyed.

Still, what has emerged from the recent round of merger talks — a project internally code-named “Emerald” — is complicated. Dell is offering EMC shareholders both about $24.05 a share a share in cash and $9.10 worth of a so-called tracking stock for VMware that mirrors the roughly 20 percent of that company already trading on the New York Stock Exchange.

To help finance the transaction, Dell and Silver Lake lined up a big group of banks to arrange the enormous bank loan package. Such a move would come ahead of a long-awaited move by the Federal Reserve to raise interest rates, which could add tens of millions of dollars in higher debt payments.

Executives involved in the deal said that a significant portion of the debt will be rated near investment grade, making the interest payments lower.

Yet while Dell will own a majority stake in a publicly traded VMware, its owners adamantly insisted that their company will remain privately held for some time. Its full evolution into an enterprise-services company, whose business does not rely heavily on PC sales, has yet to be completed.

“This creates a world-leading company,” Mr. Dell said. “The private structure gives us a tremendous amount of flexibility.”