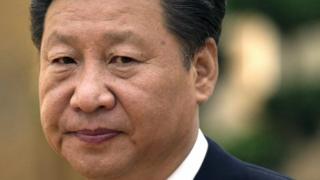 Chinese police have arrested hackers after the US government supplied them with a list of cybercrime suspects, the Washington Post reports.

The hackers are believed to have stolen research and development information from several US firms.

The arrests came shortly before Chinese President Xi Jinping visited the US for talks - partly about cyber security.

The US and China have regularly swapped accusations about who is behind the cyberattacks they suffer.

Quoting anonymous sources, the newspaper said the stolen trade secrets and plans were passed to Chinese firms that are rivals of the US businesses which were hit. Some of the recipients are believed to be state-run organisations.

The arrests are believed to be the first China has carried out at the request of the US.

Prior to visiting the US last month, Mr Xi said that the Chinese government did "not engage in theft of commercial secrets in any form" and denied there were any state-sponsored attacks on US firms or federal agencies.

The subject of cyber spying and hacking featured in the talks between Mr Xi and President Obama. During the talks the two nations are believed to have negotiated an understanding that China would move to stop attacks on US businesses. Trade sanctions had been threatened if China had not agreed to act.